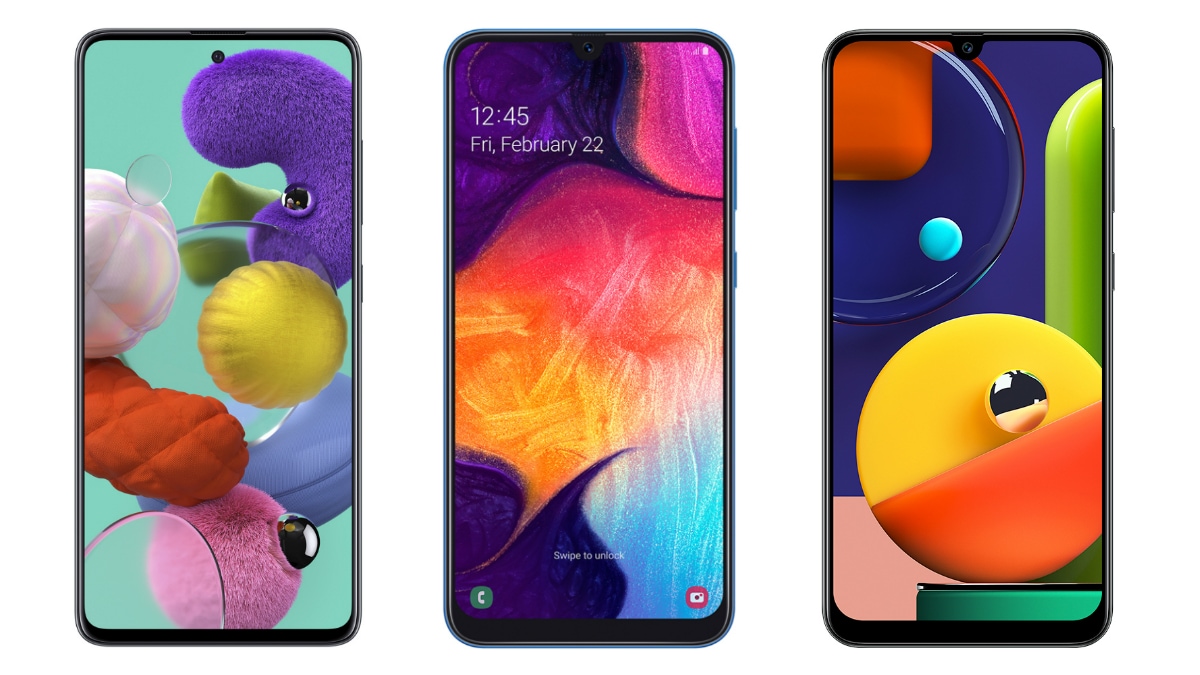 In this article, we are comparing the price and key specifications of the Samsung Galaxy A51 with those of the Galaxy A50 and Galaxy A50s to let you easily find the differences.

The Samsung Galaxy A51 price is set at VND 7,990,000 (roughly Rs. 24,500) for the 6GB RAM + 128GB storage variant in Vietnam. The phone will be available for purchase in the Vietnamese market in Prism Crush Black, White, Blue, and Pink colour options from December 27. However, Samsung will globally bring the smartphone in 4GB, 6GB, and 8GB RAM options along with 64GB and 128GB storage versions that are yet to receive official price and availability schedule. Details about the India launch of the Galaxy A51 are also not yet announced.

In terms of storage, the Samsung Galaxy A51, Galaxy A50, and Galaxy A50s all have 64GB and 128GB storage options. The phones also have a dedicated microSD card slot for storage expansion.

Connectivity options on the Samsung Galaxy A51, Galaxy A50, and Galaxy A50s are also similar -- with 4G LTE, Wi-Fi, Bluetooth, GPS/ A-GPS, and a USB Type-C port on board. All three models also come with an in-display fingerprint sensor.

On the part of battery, the Samsung Galaxy A51 has a 4,000mAh battery that supports 15W fast charging. This is identical to what you'll get on the Galaxy A50 and Galaxy A50s.