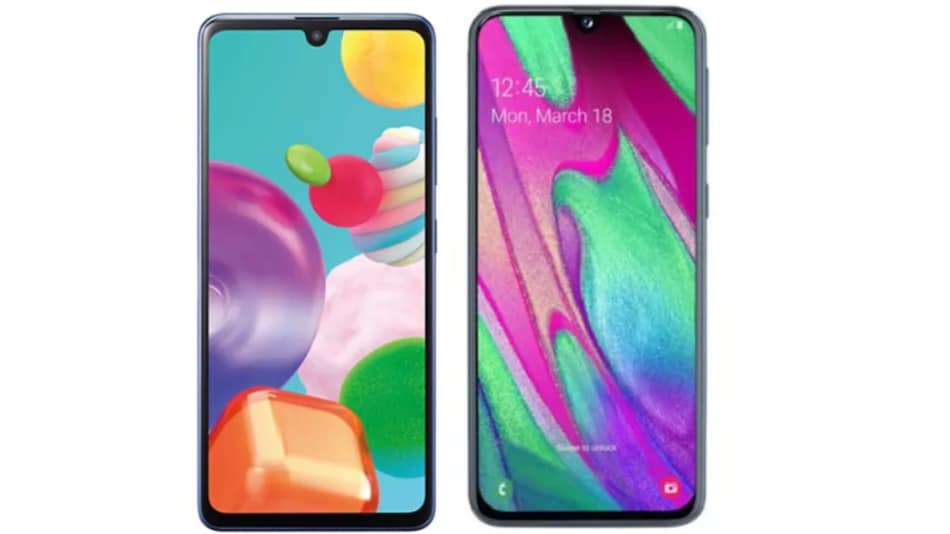 Samsung Galaxy A41 was launched a few days ago, and it features a triple camera setup at the back. The phone has a waterdrop-style notch on the front, and is IP68 certified. The phone is an upgrade to the Samsung Galaxy A40 launched in March last year, and this model only had a single rear camera. The Galaxy A41 also packs a larger 3,500mAh battery, while the Galaxy A40 houses a 3,100mAh battery. However, both the phones sport a 25-megapixel selfie camera.

The Samsung Galaxy A41 will go on sale starting June. The pricing and exact availability details are not yet known. There is no word on when it will reach the Indian market.

The Samsung Galaxy A40 was launched in Netherlands in March. Its price was set at EUR 249 (roughly Rs. 19,500). The phone was never launched in the Indian market.

Coming to optics, the Galaxy A41's triple rear camera setup is headlined by a 48-megapixel primary wide-angle snapper with an f/2.0 lens. It is accompanied by an 8-megapixel ultra-wide angle camera with an f/2.2 aperture and 123-degree field of view, and a 5-megapixel depth sensor.

For photos and videos, the Samsung Galaxy A40 has a single 16-megapixel rear camera with an f/2.0 lens.