Why Reliance Jio's Feature Phone Makes a Lot of Sense 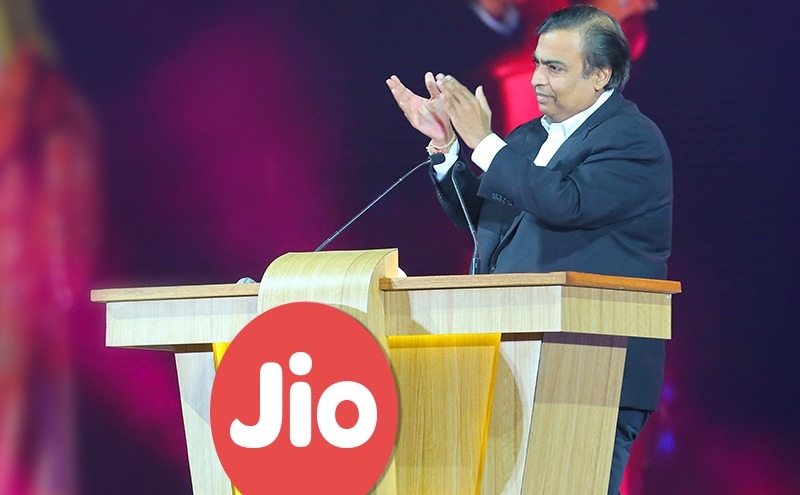 It hasn't even been one year since Reliance Jio started its commercial operations, and it has already created a stir in various markets and managed to shatter records. The 4G-only telecom operator from the largest industrial house of India RIL gained 100 million subscribers in less than six months, a milestone that no other service in the world has achieved at this pace. Reliance Jio has also become the largest telecom operator in terms of volume of data consumed. But Mukesh Ambani, the managing director of RIL, isn't done yet. This week, he will attempt to disrupt another market: feature phones.

On Friday, India's richest man is expected to unveil a feature phone, sporting one of Qualcomm's chipset that the chip-maker announced for emerging regions earlier this year. On paper, selling feature phones doesn't sound like a very lucrative business. In fact, it's so repelling that several major phone vendors including Lenovo, Xiaomi, Oppo, Vivo -- top companies that fight among themselves on price and specifications of smartphones and end up selling a ton of units in India -- haven't explored the feature phone market in the country.

But despite this, Reliance Jio's decision to venture into the feature phones space could prove beneficial for the company, and potentially hundreds of millions of people, according to data from research firms and analysts.

Jio Feature Phone Expected at Reliance AGM: What You Need to Know

One would presume that more people now opt for a smartphone, but in India, that's not the case. In Q1 2017, local and international brands shipped more than 29.1 million smartphones units in India, up from 25.2 smartphones shipped during the same period last year.

The data from Counterpoint suggests that even as smartphones are gaining ground and an increasingly growing number of people are getting their first smartphone, feature phones aren't seeing any decline in their popularity.

Indians really love phones under Rs. 10,000
If numbers are any indication, people in India really want a cheap smartphone. In fact, the vast majority of smartphones sold in the nation are priced under Rs. 10,000 bracket, according to Counterpoint.

That's where lies the rub. According to IDC - which expects feature phone segment to contribute to the majority of mobile phone shipments this year - the number of people who switch from feature phone to smartphone slowed down last year because prices of smartphones are "still quite high" for them.

There are several decent smartphones that you can purchase if you’re on the market with a budget of Rs. 6,000 to Rs. 10,000. Xiaomi’s Redmi Note 4, Lenovo’s Moto C Plus, Coolpad’s Note 5 Lite are great value for money. But the list of good options significantly drops and becomes null if you’re looking for a decent smartphone under Rs. 5,000.

Google CEO Sundar Pichai shared this remark during his visit to India earlier this year. Pichai said that smartphones are still pricier for many Indians. He added that the next wave of smartphones should be priced around $30 (Rs. 1,800 approximately).

More than just cost
Apart from their cost, there are several other factors that continue to attract many to feature phones. Feature phones, also known as dumb phones, have a longer batter life, and they are also far easier to use. In a nation, where the vast majority of people don't speak English and have limited exposure to technology, feature phones strike the right balance for them.

"Ease of use, long battery life and durability of feature phones continue to be relevant for large numbers of users of this category,” Karthik J , senior market analyst said earlier this year.

These things would have been enough for Reliance Jio to take a crack at the feature phones space. But the company has bigger vision for the market. The company wants to trickle down smartphone's capabilities to its feature phones.

The Reliance Jio's feature phone will have support for 4G LTE, a capability that more than half of the smartphones sold in the nation only three years ago didn't have. The ability to surf fast-Internet on a feature phone, ability to watch live TV and enjoy other content services, coupled with very high odds of these phones getting some “bundled" data make feature phones more exciting than ever.

That’s what Reliance Jio is going for.

We discussed the impact of Nokia and Jio on the feature phones market in India on our weekly technology podcast Orbital, which you can subscribe to via Apple Podcasts or RSS or just listen to this episode by hitting the play button below.

MIUI 9 Update to Hit These Xiaomi Devices; Here's How to Become a Beta Tester
US Laptop Ban on Middle East Carriers Has Officially Ended