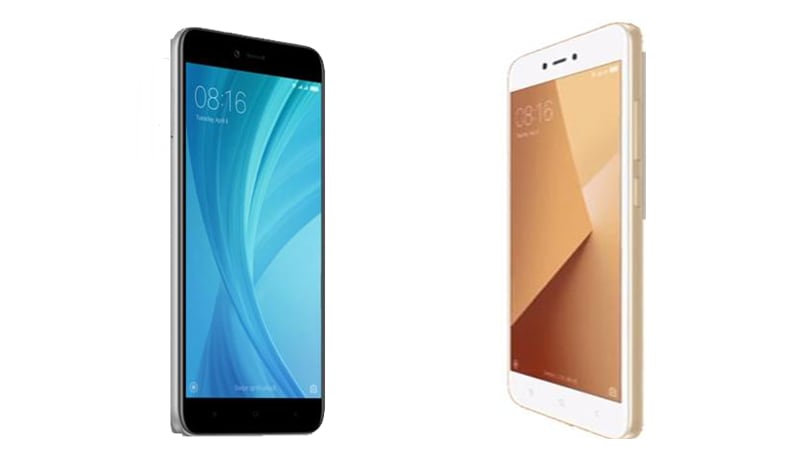 The highlight of the Redmi Y1 is the 16-megapixel front camera with f/2.0 aperture, 76.4-degree wide-angle lens, and LED selfie light. The front shooter comes with 36 smart beautify profiles and can use the beautification feature in real time during video calls. It also has face recognition and selfie countdown features. On the other hand, the Redmi Y1 Lite has a 5-megapixel selfie camera without the front LED flash or the wide-angle lens. However, the sensor still has f/2.0 aperture to take in more light while taking selfies. Other software features, such as the facial recognition, real-time beautification, and selfie countdown, are present in the Lite model as well.

As for the display panel, both the MIUI 9 handsets sport a 5.5-inch HD (720x1280 pixel) display with 1000:1 contrast ratio and 450-nits brightness. However, the Lite model does not feature the 2.5D curved glass design in front that its sibling does. Another difference, though extremely minor, is that the Lite variant weighs 150 grams and has 7.55mm thickness, while the Redmi Y1 weighs 150 grams and is 7.7mm thick.

Both the handsets feature a 13-megapixel rear camera sensor with f/2.2 aperture and phase-detection autofocus, and real-time filters. If you want to expand storage, the two Redmi Y-series phones come with support for microSD cards of up to 128GB capacities and dedicated slots. The battery capacity for both models is 3080mAh, but the Redmi Y1 is claimed to deliver 35 hours of battery life and the Lite model 32 hours. Connectivity features are common between the two, and include the likes of 4G VoLTE, dual SIM (Nano + Nano) functionality, Wi-Fi Direct, Bluetooth 4.2, Micro-USB 2.0 port, and 3.5mm audio jack.

We discuss the Xiaomi Redmi Y1 and MIUI 9, on on our weekly technology podcast Orbital, which you can subscribe to via Apple Podcasts or RSS or just listen to this episode by hitting the play button below.