Redmi Note 9 Pro and Realme 6 both come with octa-core processor and has a quad camera setup. 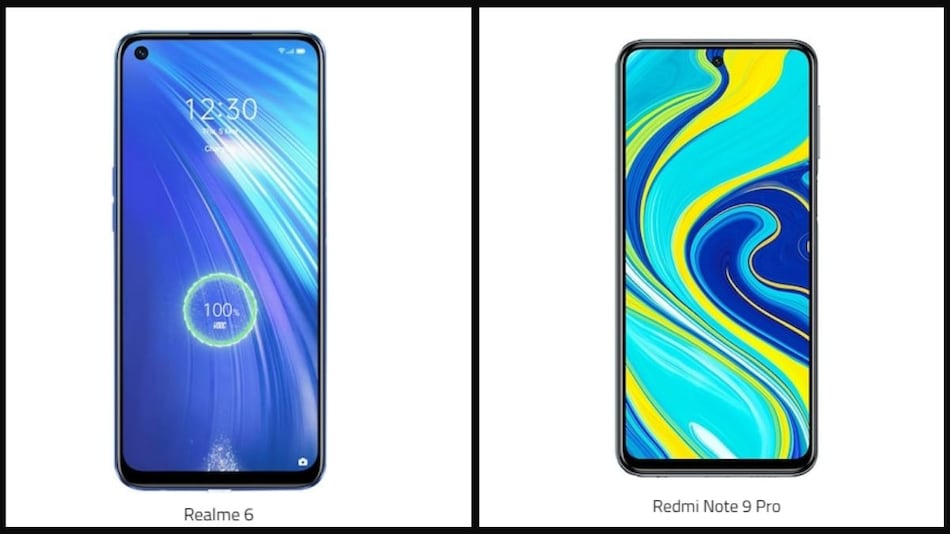 Redmi Note 9 Pro was launched on Thursday, where Realme 6 debuted earlier this month

Redmi Note 9 Pro that was launched earlier today and Realme 6 that was unveiled at the beginning of March appear to be neck-and-neck when their key specifications are compared. Both the smartphones house a quad rear camera setup, come with a mid-range octa-core processor, and are priced more or less the same. Moreover, both the phones run on Android 10 out-of-the-box which comes with the company's latest user interface system atop. Therefore, to give you an idea of how the new Redmi Note 9 Pro stacks up against the Realme 6, we have the compared the two phones, based on their specifications and price in India.

Both Redmi Note 9 Pro and Realme 6 pack a quad rear camera setup. The latest phone by Xiaomi includes a 48-megapixel primary shooter along with an 8-megapixel secondary ultra-wide sensor. The phone also has a third 5-megapixel sensor and a fourth 2-megapixel sensor for depth sensing.

On the other hand, the quad camera setup on Realme 6 has a 64-megapixel main shooter. The other three cameras include 8-megapixel wide-angle shooter and two 2-megapixel cameras for depth sensing and macro shots.

Both smartphones have a 16-megapixel front camera that supports artificial intelligence (AI) based features. In terms of the battery, the newly launched Redmi Note 9 Pro packs a 5,020mAh battery that supports 18W fast charging. The Realme 6 houses a relatively smaller 4,300mAh battery.