Both Redmi Note 8 and Realme 5 are powered by the Snapdragon 665 SoC, and feature a 13-megapixel front shooter. 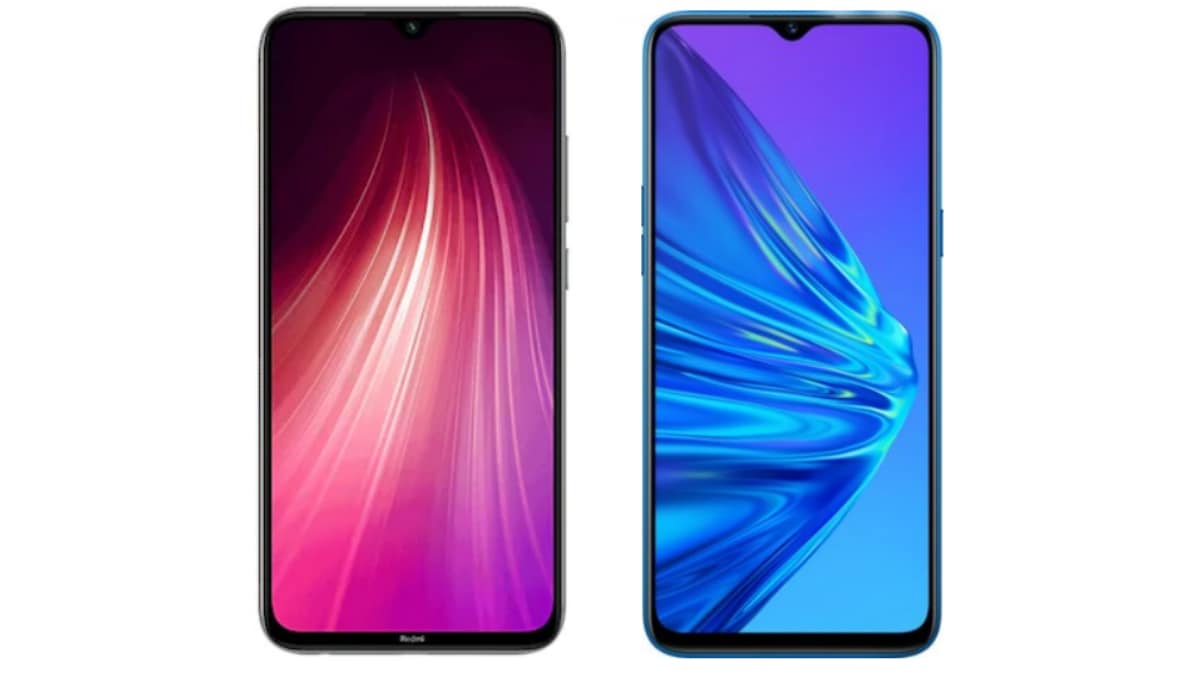 Redmi Note 8 series has been launched in China, and the phones come with quad rear camera setups, run on Android Pie, sport a 3.5mm audio jack, and feature waterdrop-style notch displays. The first sale for Redmi Note 8 will take place on September 17 in the company's home market. It will go up against the Realme 5 that has already been launched in India. The Redmi Note 8 India launch is pegged to be roughly two months away.

We pit the Redmi Note 8 with the Realme 5 to see which one fares better, on paper.

Both Redmi Note 8 and Realme 5 feature dual-SIM (Nano) slots and run on Android Pie, with MIUI 10 and ColorOS on top, respectively. The Realme 5 packs a 6.5-inch HD+ (720x1600 pixels) display with Corning Gorilla Glass 3+ for protection. The Redmi Note 8, on the other hand, features a 6.3-inch full-HD+ screen with Corning Gorilla Glass 5. Both phones sport waterdrop-style notches.

Coming to the processors, the Realme 5 and the Redmi Note 8, both are powered by the new Qualcomm Snapdragon 665 SoC. The Realme 5 offers up to 4GB of RAM, whereas the Redmi Note 8 comes with up to 6GB of RAM. Both smartphone also include up to 128GB of internal storage. The Realme 5 packs a dedicated microSD card slot for expansion of memory (up to 256GB) and the same is true for Redmi Note 8.

The Realme 5 runs off a 5,000mAh battery while the Redmi Note 8 packs a slightly smaller 4,000mAh battery. Connectivity options on both the phones include 4G VoLTE, Wi-Fi 802.11ac, Bluetooth v5.0, a GPS/ A-GPS, and a 3.5mm headphone jack. The Realme 5 houses a Micro-USB port, whereas the Redmi Note 8 houses a USB Type-C port. The two phones also include a rear fingerprint sensors.

Samsung Working on a Cheaper Galaxy Fold With 256GB of Onboard Storage: Report