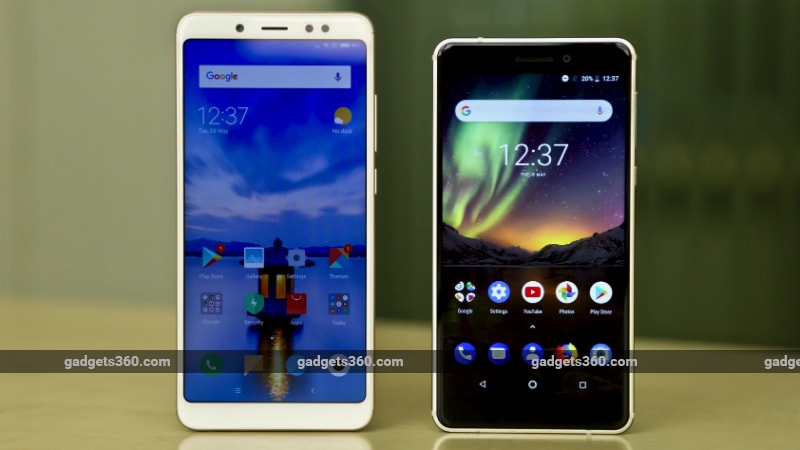 The sub-Rs. 20,000 segment is one of the most popular and hotly contested price bands of the smartphone market, with Xiaomi, Motorola, Nokia and Oppo fighting it out for a piece of this lucrative pie. Nokia recently launched the Nokia 6 (2018), aka Nokia 6.1, in India which improves upon its predecessor in a few key areas such as the design, processor and cameras. At Rs. 16,999, the Nokia 6 (2018) competes head-to-head with the Xiaomi Redmi Note 5 Pro, which received top marks from us at Gadgets 360, and has established itself as the performance king in this segment.

We spent a couple of weeks pitting the Nokia 6 (2018) against the Redmi Note 5 Pro. Both smartphones run Android and are made of metal, but other than that, are as different as chalk and cheese. Does Nokia's latest mid-range offering have what it takes to challenge Xiaomi's might? Let's find out.

The Redmi Note 5 Pro feels better in the hand thanks to its curved edges and rounded corners. Its fingerprint sensor is also faster and more accurate than the one found on the Nokia 6 (2018) which is slow and awkwardly placed. The Nokia 6 (2018) has a USB Type-C port for charging and data transfers, while the Redmi Note 5 Pro makes do with the age-old Micro-USB port.

The Redmi Note 5 Pro and Nokia 6 (2018) are extremely different on the inside. In typical Xiaomi fashion, the former packs in impressive specifications for the price and is stuffed to the gills with features. The Nokia 6 (2018) on the other hand is an Android One smartphone with a focus on clean, fluid software and timely updates.

The Nokia 6 (2018) has a smaller 3000mAh battery, compared to the sizeable 4000mAh one in the Redmi Note 5 Pro. Connectivity options on both phones include 4G, VoLTE, Wi-Fi 802.11 b/g/n, Bluetooth 5.0, GPS/ A-GPS, and a 3.5mm headphone jack which is fast becoming extinct in smartphones. Both phones allow you to use two 4G SIMs at the same time, but only one runs at 4G speeds.

While the Redmi Note 5 Pro outshines the Nokia 6 (2018) in benchmarks and is more powerful on paper, there is very little to differentiate between the two smartphones when it comes to day-to-day use. Both handle basic tasks such as taking pictures, browsing the Web, using social media applications, and watching videos with relative ease. Even intensive workloads don't feel very different. In our experience, both smartphones did not get warm even when playing resource-intensive games, navigating around town with GPS, or recording videos.

The Redmi Note 5 Pro posted higher scores in every benchmark test that we put the two smartphones through, with one exception. The Nokia 6 (2018) outdid the Redmi Note 5 Pro in Geekbench's multi-core test with a score of 4,931 compared to 4,232.

In terms of software, the smartphones are as different as night and day. The Nokia 6 (2018) is a part of Google's Android One programme and as a result runs a pure build of Android 8.1 Oreo devoid of any extraneous bloat and gimmicks. Android One smartphones are also guaranteed to receive software updates for at least two years, which means that the next two major Android releases will be supported. With the Nokia 6 (2018), you also get the latest Android security patches and a promise of timely updates. HMD Global has a decent track record of pushing security patches already - which cannot be said of Xiaomi.

The Redmi Note 5 Pro runs a heavily skinned version of Android 7.1.2 Nougat with an update to Android 8.0 Oreo claimed to be on the way. While MIUI has made great strides since we first used it, the experience isn't as clean and fluid as stock Android. MIUI 9 also has a bunch of bloatware preinstalled, only some of which can be removed. That said, Xiaomi's skin is quite feature loaded - with a powerful theming engine and genuinely useful extras including a one-handed mode and the ability to run two instances of apps.

Both smartphone have face recognition built in. Both work quite well when lighting conditions are favourable but struggle in dimly lit environments. There is very little to differentiate the two implementations in terms of speed and accuracy, though the setup process on the Nokia 6 (2018) is slightly simpler.

In our HD video loop battery test, the Nokia 6 (2018) lasted 11 hours and 45 minutes, but the Redmi Note 5 Pro lasted an incredible 16 hours and 36 minutes. In terms of real-world performance, both phones easily got us through a day of moderate-to-intensive use. Compared to the Nokia 6 (2018), the Redmi Note 5 Pro always had just a little bit extra left in the tank at the end of the day. That said, the Nokia 6's battery life is quite impressive considering the difference between the two battery capacities.

The Nokia 6 (2018) has a single 16-megapixel camera sensor on the back with ZEISS optics, an aperture of f/2.0, and a dual-tone LED flash. On the front, there is an 8-megapixel fixed-focus camera with an aperture on f/2.0. 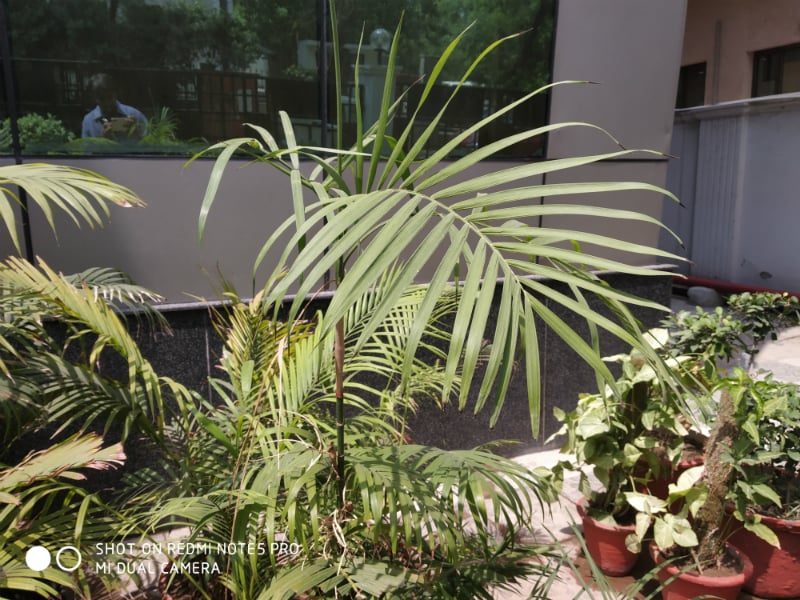 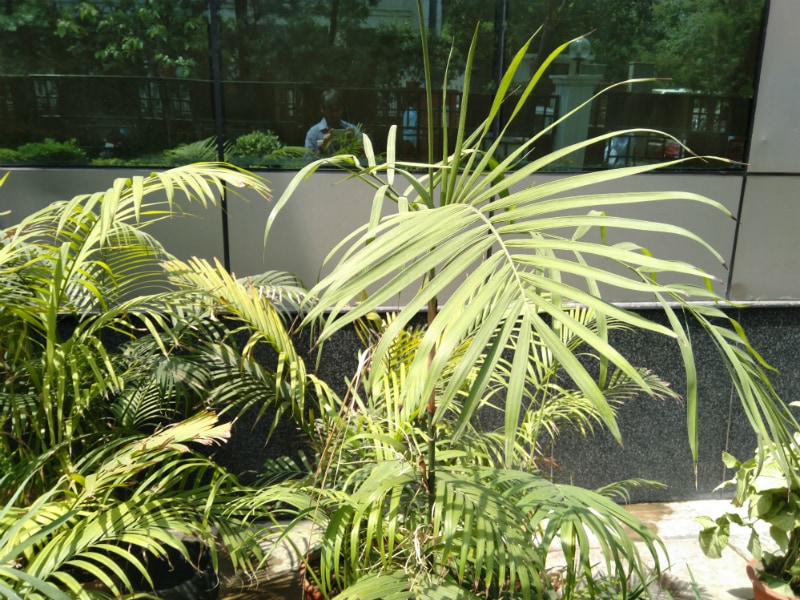 We shot the same scenes with both phones at the same time to see how they fare against each other. We found that the Redmi Note 5 Pro has the edge when it comes to colour accuracy. The Nokia 6 (2018)'s autofocus is also a bit slow. That said, the Redmi Note 5 Pro struggles to get the white balance right at times, and the Nokia 6 captures more detail.

Low-light performance is average with both smartphones but the Redmi Note 5 Pro manages to capture slightly more detail compared to the Nokia 6 (2018). One benefit the Redmi Note 5 Pro has over the Nokia 6 (2018) is the secondary camera at the back which allows for depth-of-field effects. The resulting shots are above average, with good edge detection. 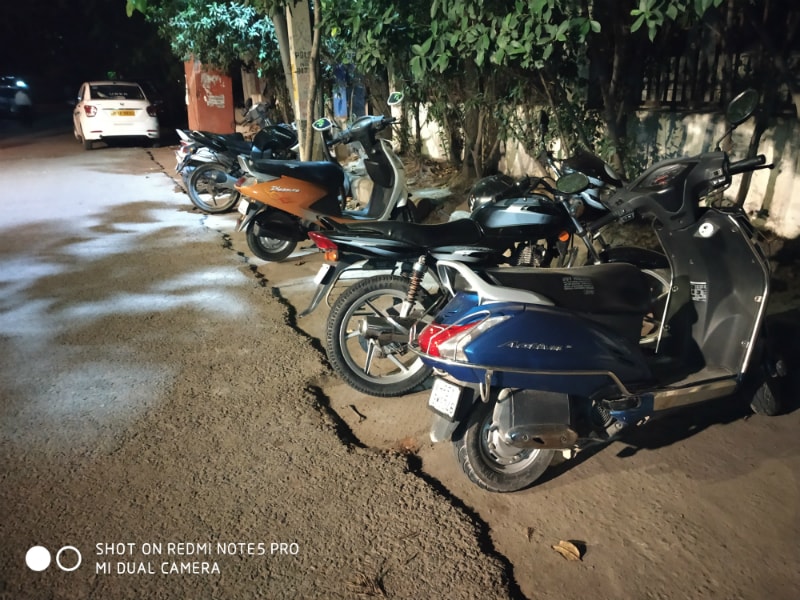 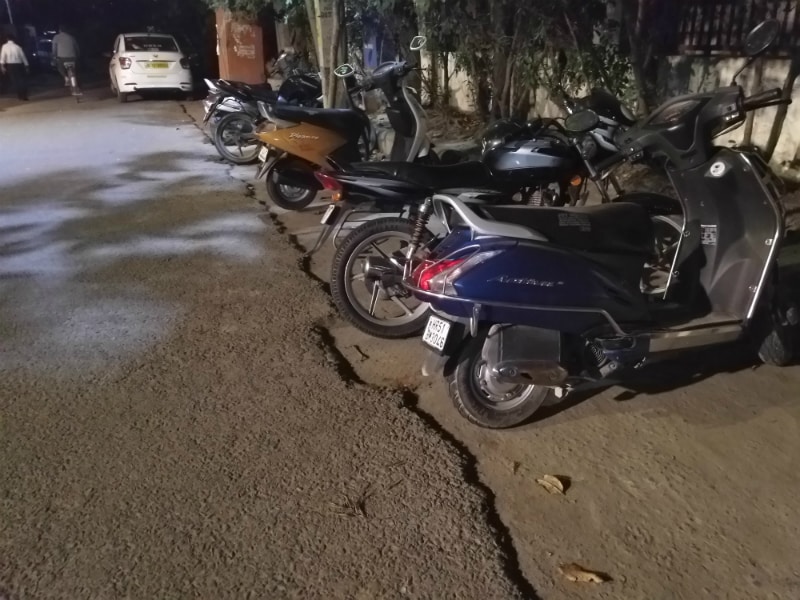 That said, the Nokia 6 (2018) is an extremely solid smartphone that has excellent build quality, a USB-Type C port, a better front camera, and of course cleaner, faster, more current software with better prospects of future support. Unlike the Redmi Note 5 Pro, which is only available online and at Mi Home offline stores, the Nokia 6 (2018) can be bought at any brick-and-mortar retail shop. Due to the flash sale model employed by Xiaomi, finding the Redmi Note 5 Pro in stock online can also be a major headache.

As stated above, both smartphones are extremely different, and cater to different potential buyers. Those who would prefer a modern-looking phone with top-notch specifications and the best bang for the buck should look no further than the Redmi Note 5 Pro in this price range. However, the Nokia 6 (2018) addresses those who value stock Android devoid of bloat, excellent build quality, and the promise of regular software updates