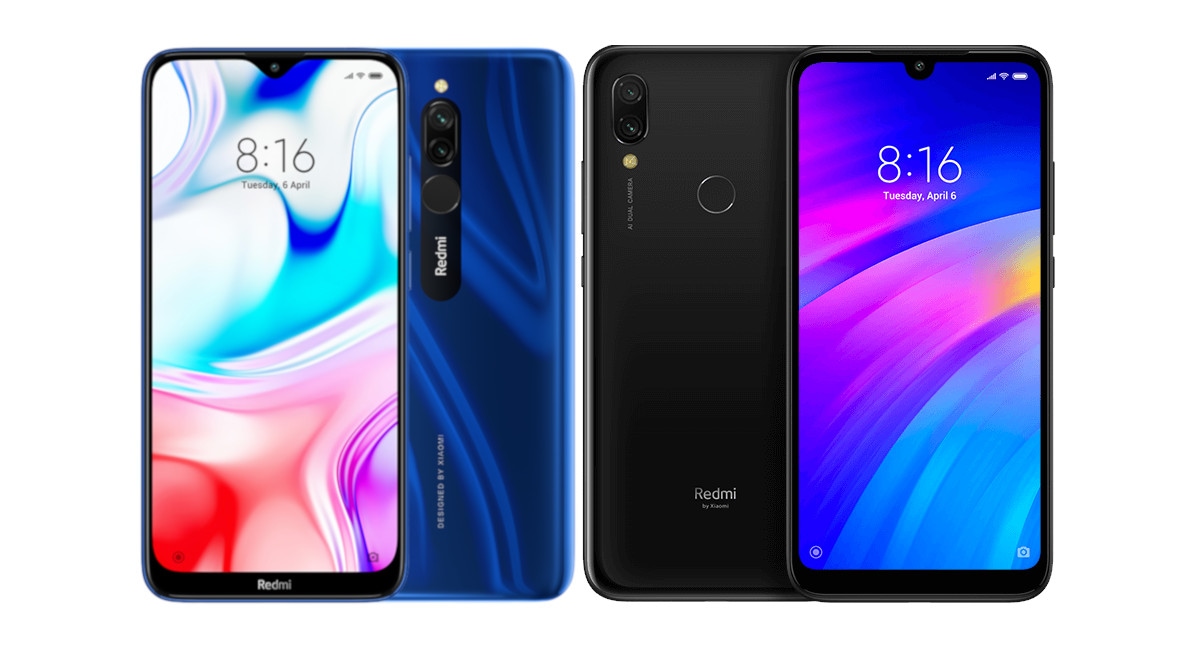 Redmi 8 is official. Unveiled earlier today in India, the new budget smartphone from Xiaomi will be succeeding the Redmi 7 in the country. Redmi 8 comes with features like Qualcomm Snapdragon 439 SoC, HD+ display, up to 4GB of RAM, and a massive 5,000mAh battery with support for 18W fast charging. Featuring Xiaomi's Aura Mirror design, the phone also packs a dual camera setup on the back and USB Type-C port. In this article, we compare the Redmi 8 and Redmi 7 and take a look at exactly what differences exist between Redmi 8 vs Redmi 7.

Starting with the differences, the Redmi 8 features a 6.22-inch HD+ display with Qualcomm Snapdragon 439 SoC, whereas the Redmi 7 comes with a 6.26-inch HD+ screen and Qualcomm Snapdragon 632 SoC. Xiaomi is providing 3GB and 4GB RAM options for the Redmi 8. The Redmi 7, on the other hand, is offered in just 2GB and 3GB RAM variants. The internal storage options are also similarly different – 32GB and 64GB in Redmi 8, 16GB and 32GB in Redmi 7.