Redmi 7A vs Redmi 6A: What’s Different?

The Redmi 7A is expected to go on sale starting July 11. 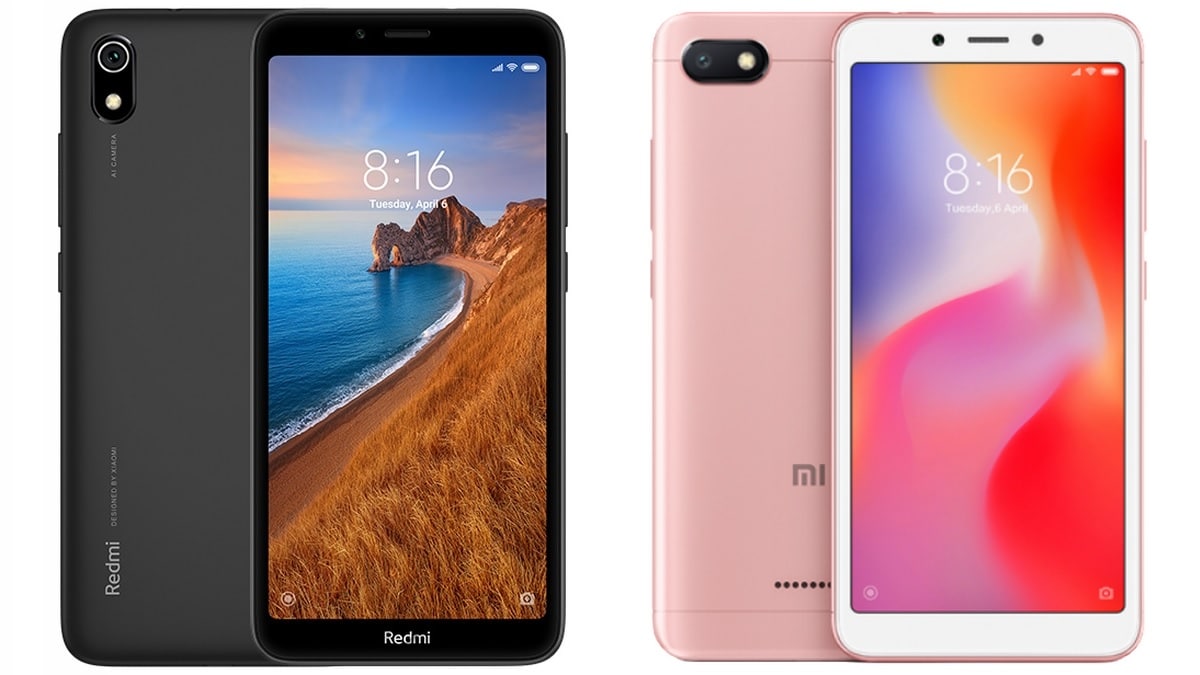 Redmi 7A will be available in three colour options - Matte Black, Matte Blue, and Matte Gold

The Redmi 7A is Xiaomi's latest entry-level phone, which succeeds the popular Redmi 6A. The Redmi 7A introduces a new design language, eschewing the white bezel look and redesigning the rear panel. Xiaomi has also reduced the choice of colour options with the Redmi 7A compared to its predecessor, skipping the rose gold shade. But are the changes only superficial, or does the Redmi 7A also bring some meaningful internal upgrades over the Redmi 6A? Read on to find out the differences between the Redmi 7A and the Redmi 6A in terms of pricing, specifications, and features.

Redmi 7A vs Redmi 6A price in India
The Redmi 7A carries a starting price of Rs. 5,999 for the base 2GB RAM + 16GB storage variant. The top-end 2GB RAM + 32GB storage option is priced at Rs. 6,199. Xiaomi is offering a limited time discount worth Rs. 200 as an introductory offer on both variants of the phone, bringing the effective price to Rs. 5,799 and Rs. 5,999 for the two storage variants of the Redmi 7A.

On the other hand, the Redmi 6A is now available at Rs. 5,999 after a price cut for the base 2GB RAM + 16GB storage variant, while the higher-end 2GB RAM + 32GB storage configuration can currently be purchased at Rs. 6,499. It is quite surprising to note that the Redmi 7A's higher-end variant is priced lower than its predecessor.

Redmi 7A vs Redmi 6A display
The Redmi 7A comes equipped with a 5.45-inch HD+ (720x1440 pixels) display with an 18:9 aspect ratio. The one-generation old Redmi 6A features an identical 5.45-inch HD+ (720x1440 pixels) panel with 18:9 aspect ratio. The only difference here is that all models of the Redmi 7A sport black bezels, while the Redmi 6A comes in variants with white as well as black bezels.

Redmi 7A is powered by the octa-core Snapdragon 439, while the Redmi 6A packs a quad-core SoC

Redmi 7A vs Redmi 6A processor
The Redmi 7A is powered by the octa-core Qualcomm Snapdragon 439 SoC coupled with 2GB RAM. On the other hand, the Redmi 6A draws power from the MediaTek Helio A22 SoC ticking alongside an equal amount of RAM as the Redmi 6A. The Snapdragon 439 inside the Redmi 7A should offer more power and higher efficiency as it packs eight cores, while the MediaTek Helio A22 only has four cores. You'll have to wait for our Redmi 7A review for a definitive answer on real-world performance.

The Redmi 7A comes packing a 4,000mAh battery with 10W charging support. In comparison, the Redmi 6A features a 3,000mAh battery which is 25 percent smaller than the battery capacity of its successor. Needless to say, the Redmi 7A will offer much better battery endurance figures compared to its predecessor.

Redmi 7A vs Xiaomi Redmi 6A comparison
See full Comparison »