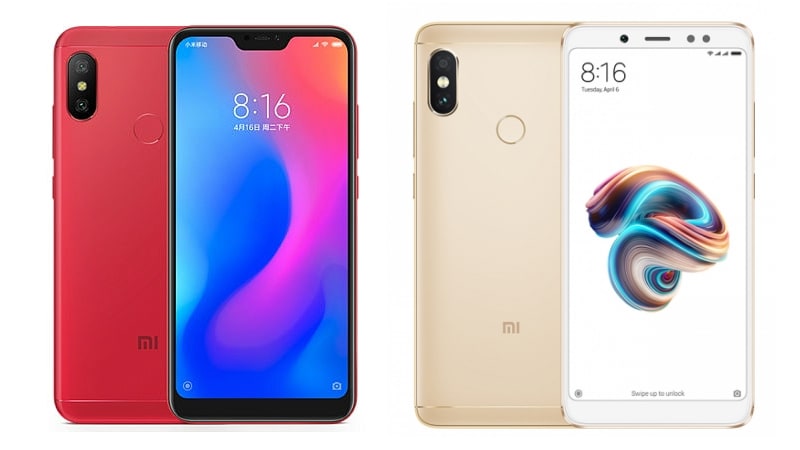 Redmi 6 Pro, Xiaomi's newest budget smartphone, was launched in China on Sunday. The smartphone has many key features like a dual camera setup at the back, a 4000mAh battery, the notch display, and the Xiaomi staple - a competitive price tag. The Redmi 6 Pro price in India or launch date for India haven't been announced yet, though we can expect it to launch in India in one form or the other at a later stage. We pit the smartphone against the smartphone that's arguably its closest peer from Xiaomi's current lineup - the Redmi Note 5 Pro - to see all the areas in which it has been polished. With that said, it's worth reminding that the Redmi 6 Pro likely isn't the true successor to the Redmi Note 5 Pro, which launched earlier this year in India at starting price of Rs. 14,999, and we will likely see a Redmi Note 6 Pro at some point.

At 178 grams, the Redmi 6 Pro is slightly lighter than the Redmi Note 5 Pro, which weighs 181 grams. Both the smartphones sport a 4000mAh battery, run on MIUI 9, and a 3.5mm audio jack. The Redmi 6 Pro and the Redmi Note 5 Pro sport a metal unibody, vertically stacked dual camera setup at the back, and a fingerprint sensor sitting in the top-centre at the rear. Both are available in varied colour options, and the only notable design difference is the notch display.