“Brands study the needs of the target audience and introduce customised smartphones tailored to these needs,” Madhav Sheth of Realme India said. 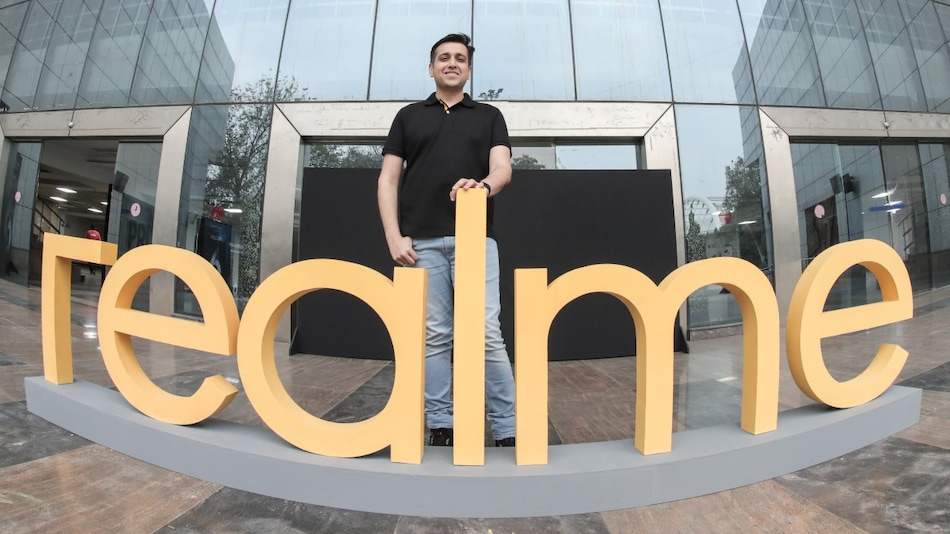 New phones are once again launching every week after taking a bit of a pause during the coronavirus related lockdowns meant to slow the spread of COVID-19. It's not surprising because India is the world's biggest market of smartphones after China, with a size of more than 50 crore users.

It's a market that has undergone significant change in the last decade, according to Realme India CEO Madhav Sheth, who spoke to Gadgets 360 about some of the significant transformations in terms of technology, design, and features.

One of the key changes that have emerged in the recent past, Sheth said, is in the field of smartphone cameras. He noted that smartphones moved from one single camera to multiple cameras with each serving a different purpose. The other big change, he said, is that mobile processors are nowadays offering powerful performance even in budget and mid-range segments.

“The tech-offerings have advanced extensively, and these changes have been appreciated by the consumers,” Sheth said.

Apart from hardware changes, Sheth added that mobile games like PUBG Mobile have emerged as one of the “hot-favourites” of young consumers over the last few years. This has pushed smartphone vendors to opt for the hardware that supports not just smart features but also work with graphic-intensive, performance-demanding games.

Realme has, he said, focused more on performance even in budget and mid-range segments, and this was the main driver behind the newly introduced Narzo series in May. “Top-notch specifications that support a robust gaming performance have become a key priority now,” he added.

Market experts however believe that gaming-focussed space is still quite niche. “Very few brands have been able to succeed with a dedicated gaming phone,” said Amit Sharma, Research Analyst at Industry Intelligence Group of CyberMedia Research.

Sheth disagreed, citing research conducted by the All India Gaming Federation that showed nearly 60 percent of India's online gamers below the age of 24, said that young gaming aficionados have a high propensity of playing online games on mobile devices.

IoT as ‘gigantic' opportunity to gain
Realme started its journey as a smartphone sub-brand of Oppo in May 2018, though it got separated as an independent brand a little more than two months after launching its first model in India. The company managed to grab some eyeballs with its initial range of smartphones. However, it recently moved towards the growing market of Internet of Things (IoT) and started bringing its offerings including the Realme Band and Realme Watch.

Sheth told Gadgets 360 that Realme already received a tremendous response for its connected devices segment, which the company calls its AIoT (Artificial Intelligence of Things) ecosystem. “We want to look beyond just smartphones and explore the gigantic AIoT opportunity in the country by bringing a plethora of new AIoT and lifestyle products for our fans,” he said.

Realme is notably not the only smartphone vendor that is set to gain further through its connected devices strategy. Its homegrown rival and the leading player in the Indian smartphone market, Xiaomi, is also quite active in the IoT market for quite some time. Likewise, Vivo and Oppo, which both are owned by Realme parent BBK Electronics, are moving towards the same avenue.

Xiaomi Wants to Enter Your Home (Spoiler: Not With Its Smartphones)

Analysts consider that by bringing new connected devices, smartphone companies are diversifying their presence in the market. The user data that the companies get from their IoT offerings also help them better understand their consumers and ultimately lock them in an ecosystem. Moreover, the shift from entirely being a smartphone vendor to an ecosystem player is another consumer-focussed change surfacing in the market — alongside the hardware-level changes.

“Smartphone companies are challengers in consumer IoT but can weaponise their prominent position in the everyday digital user journey to expand beyond their core business,” said Canalys VP of Mobility Nicole Peng.

Prabhu Ram, Head of Industry Intelligence Group at CyberMedia Research, told Gadgets 360 that an IoT ecosystem approach is the key to maintaining sustainability and driving revenue and growth in a hyper-competitive market.

“Having said that, the diversification into IoT devices has to be with a clear vision and must be focussed and aligned, in terms of product pipeline and services play,” he added.