Realme C3 and the Infinix Hot 8 are powered by MediaTek processors, while the Redmi 8 is powered by a Snapdragon processor. 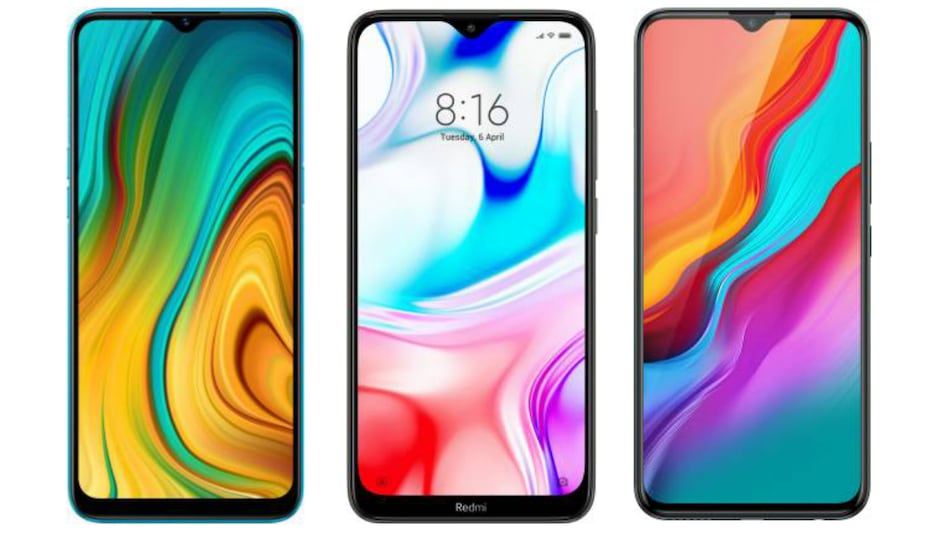 Realme recently introduced the Realme C3 in the Indian market, and priced it starting at Rs. 6,999. At that price, the budget device will compete with phones like the Redmi 8 and the Infinix Hot 8 in the country. The Realme C3 has a few big highlights, and the key ones include the 5,000mAh large battery and the MediaTek Helio G70 SoC. The phone also has AI dual rear cameras at the back aligned vertically, and a waterdrop-style notch up front to house the selfie camera.

We pit the Realme C3 with the Redmi 8 and the Infinix Hot 8 to see how the new entrant fares against the competition, at least on paper.

The newly launched Realme C3 price in India starts at Rs. 6,999 for its 3GB RAM + 32GB variant, and Rs. 7,999 for the 4GB RAM + 64GB variant. It has been made available in Blazing Red and Frozen Blue colour options, and is slated to go on sale via Flipkart and Realme.com from February 14. The phone will go on sale via offline stores soon. Launch offers include Jio benefits worth Rs. 7,550.

The Redmi 8, on the other hand, is priced in India at Rs. 7,999 for the base 3GB RAM + 32GB storage variant, whereas its 4GB RAM + 64GB storage option carries a price tag of Rs. 8,999. The phone comes in Emerald Green, Onyx Black, Ruby Red, and Sapphire Blue colour options. It is on sale on Flipkart and Mi.com.

Lastly, the Infinix Hot 8 is priced in India at Rs. 7,999 for the lone 4GB RAM + 64GB storage combination. The phone is on sale on Flipkart in Quetzal Cyan and Cosmic Purple colour options.