Realme C12 and Realme C11 are both powered by the octa-core MediaTek Helio G35 SoC. 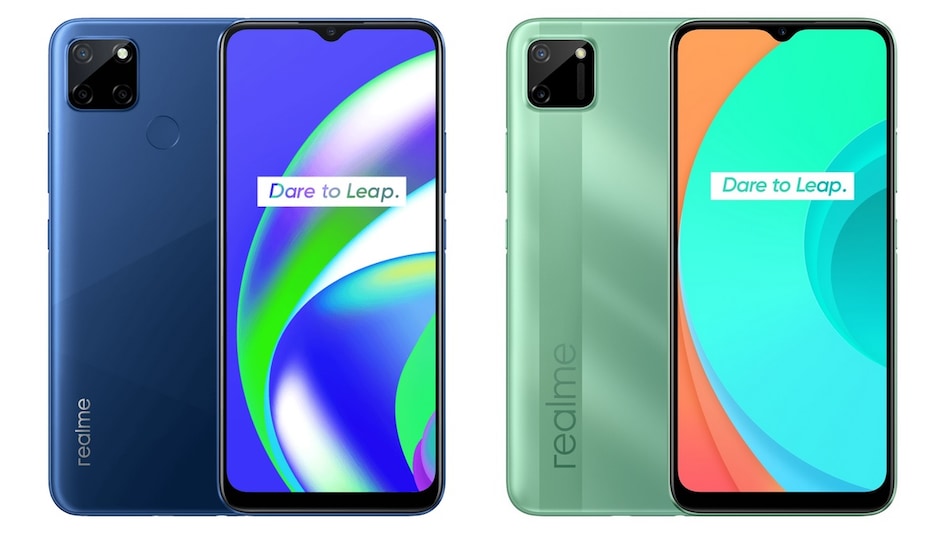 Realme C12 has just been announced in Indonesia and will be coming to India on August 18. Being a budget friendly phone from the company, it comes with some impressive specifications, such as a triple rear camera setup and a massive 6,000mAh battery. It is a follow up to the not too old Realme C11 that was launched just last month. The Realme C12 seems to have the same design as the Realme C11 with notched display, slim bezels on three sides, and a squircle camera module. Let's put these two phones against each other and see what all has changed.

The Realme C12 has been priced at IDR 1,899,000 (roughly Rs. 10,000) for the sole 3GB + 32GB model in Indonesia. There are two colour options namely, Marine Blue and Coral Red. Indian pricing for the Relame C12 will be revealed next week when the phone launches on August 18.

On the other hand, the Realme C11 is priced at Rs. 7,499 for the sole 2GB RAM and 32GB storage variant. It comes in two colour options namely, Rich Green and Rich Grey. It is already available in India through flash sales.