Realme 6 vs Realme 5: What's the Difference 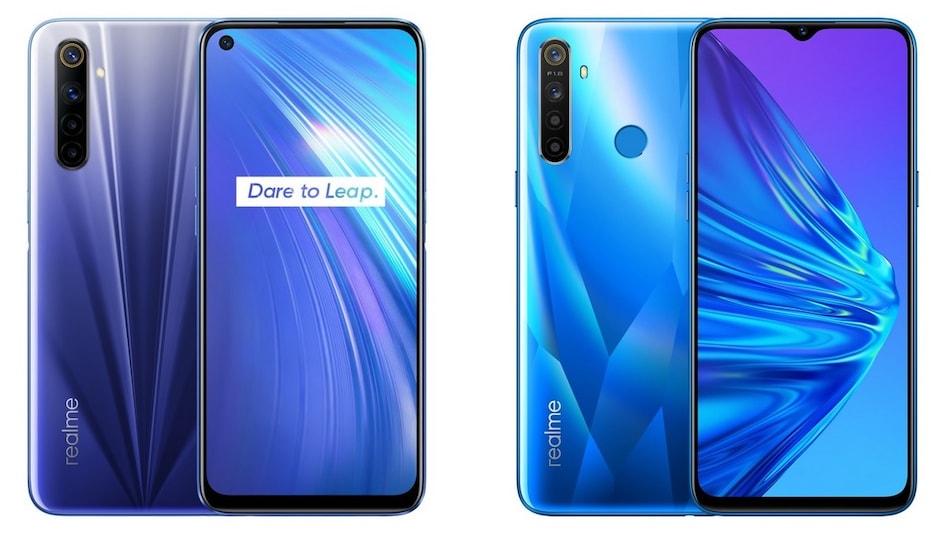 Realme 6 (left) and Realme 5, both come with expandable storage

Realme 6 has just been launched in India with 90Hz display and hole-punch selfie camera design. Realme has packed some impressive specifications in the phone that stands firm in the budget friendly category. It is a follow up to last year's Realme 5 that was a budget smartphone as well. The company, however, is touting it as a successor to Realme 5 Pro. Let's put the two phones, Realme 6 and Realme 5, head to head and see what all improvements the Chinese company has made in the new smartphone.

Realme 6 vs Realme 5: Price in India

Powering the Realme 6 is an octa-core MediaTek Helio G90T SoC, paired with up to 8GB of LPDDR4x RAM. In contrast, the older Realme 5 has an octa-core Snapdragon 665 SoC and comes with a maximum of 4GB RAM.

On the front, the Realme 6 has a hole-punch selfie camera with a 16-megapixel sensor and f/2.0 aperture while the Realme 5 houses a 13-megapixel f/2.0 front camera in a notch.

Realme 6 and Realme 5, both phones come with quad cameras on the back