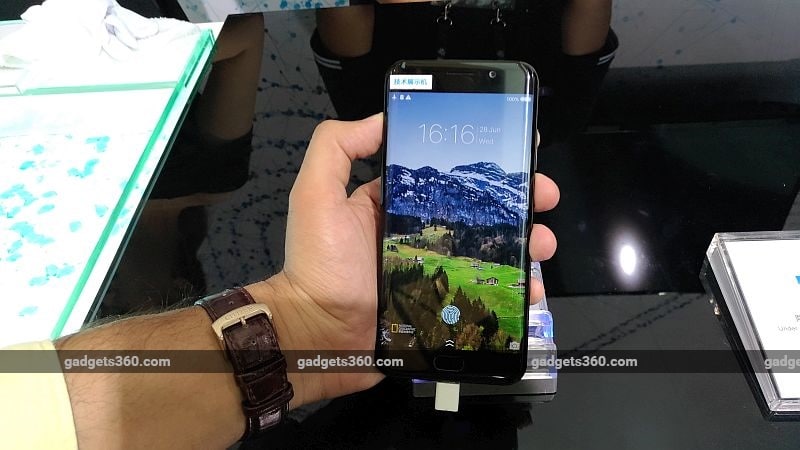 Fingerprint sensors went mainstream on smartphones few years ago, but they were either fitted to a physical home button on the front, or placed on the back of the phone as a standalone sensor. Now, companies are all set to replace them with the new embedded fingerprint solution. At Mobile World Congress Shanghai 2017, Qualcomm introduced its new ultrasonic fingerprint technology, which was demonstrated on Vivo phones, and this new technology could pave the way for phones that are truly bezel-less on all four sides, by eliminating the need for a physical fingerprint scanner.

Apple is also rumoured to be working on an under-the-display fingerprint sensor, but Vivo and Qualcomm appear to have beaten it to the punch - at least in getting a public demo ready. Vivo points this out, adding that an actual rollout of the technology in a consumer phone is still some time away. Samsung is another handset vendor said to be working on a fully bezel-less design for its next Note-series device, which could be made possible by embedding the fingerprint sensor under the display.

Talking to Gadgets 360, a Vivo executive stressed that “this is the first time that an under-display fingerprint solution is being showcased by a smartphone vendor.” The executive further added that Vivo and Qualcomm’s new solution doesn’t require an independent button or region, and can be embedded under the display, behind the metal shell at the back, or even in the frame of the phone. According to Qualcomm, the technology can even detect heart beat and blood flow, for "improved mobile authentication experiences".

The new technology uses ultrasonic waves to penetrate the material of the display and can scan the fingerprint even through materials like the display or the shell of the phone. A Vivo executive at the experience zone at the Mobile World Congress in Shanghai on Wednesday explained that the new solution does not require physical contact with the fingerprint module, and so isn't affected by grease or sweat on your finger. In fact, it even works under water.

Gadgets 360 got a chance to test the new under display fingerprint solution, and it worked smoothly. There was some delay in response, which the Vivo executives said is because the demo was on a prototype device.

Vivo showcased the new tech on its X Play6 smartphone, which sports a physical home button. For the demo, the company came up with a slightly modified version of the handset. The prototype required us to press hard on the display to scan the fingerprint. The underwater test worked flawlessly, but for this test, Vivo demonstrated with units that had the fingerprint module on the back of the device.

Compared to current generation of fingerprint scanners, the new under display fingerprint solution definitely felt slow, but is interesting because of the possibilities for future products it opens up. One of the Vivo executives stressed that the products used to showcase the new fingerprint tech were just prototype, and added that the solution is yet to enter into production. Qualcomm says that the sensors are likely to arrive in commercial devices in the first half of 2018.

Interestingly, Qualcomm says the fingerprint sensors are designed as both an integrated solution for Qualcomm Snapdragon, and as standalone sensors that can be used with other non-Snapdragon platforms. This means it could be deployed on devices other than smartphones too, opening up various possibilities.

Disclosure: Vivo sponsored the correspondent's flights and hotel for the event in Shanghai.

Post GST Impact: How Goods and Services Tax Will Affect Prices of Gadgets, Software, and IT Services
Final Fantasy XII The Zodiac Age, Splatoon 2, and Other Games Releasing This July