Some phone launches have been announced but delayed, and others that have launched can't be sold yet 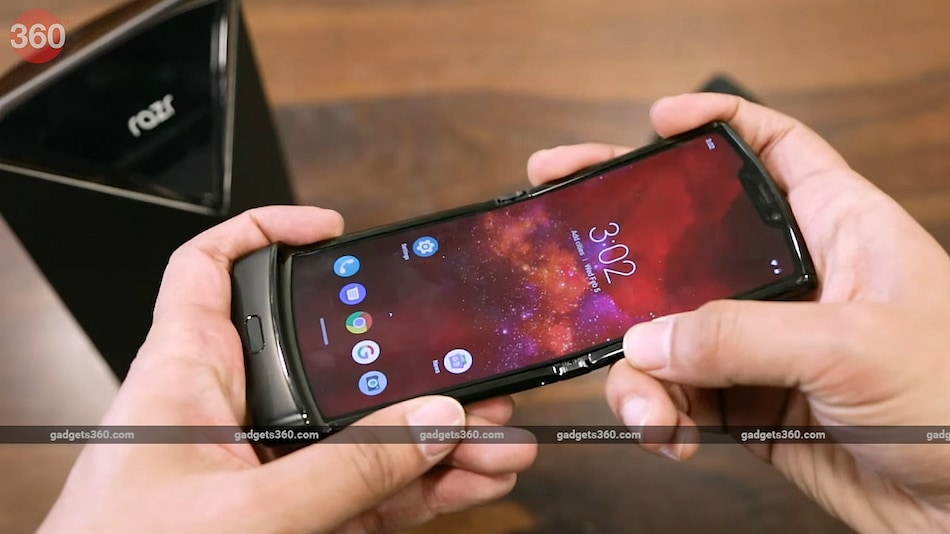 With India under lockdown on account of COVID-19, shopping online and deliveries for everything other than essentials has been put on hold. People are being asked to stay home and head out only in case of an emergency. We have seen multiple smartphones stalled in the pipeline because of the lockdown. While some companies have postponed the announcements of new products that were expected, a few others have gone ahead with their launches but won't be able to begin selling these products until the government announces clear guidelines for the lockdown to lift. While we know about some of these new products and the prices they have been launched at, we can't get our hands on them just yet. Here are some of the most interesting and exciting phones that you'll be able to get your hands on soon after lockdown is lifted.

The Redmi Note series is highly sought-after as these models offer good value for money. Xiaomi did launch the Redmi Note 9 Pro Max in the country, but we went into lockdown before the first sale of this smartphone could take place. The Redmi Note 9 Pro Max has the new Qualcomm Snapdragon 720G SoC and a quad-camera setup at the back. It also packs in a massive 5,020mAh battery and supports 33W fast charging.

Xiaomi has announced that the Redmi Note 9 Pro Max will be priced starting at Rs. 14,999 which seems like an excellent price for that hardware. We'll definitely want to get our hands on this one when the lockdown lifts. Meanwhile, check out our review of the Redmi 9 Pro.

Who wouldn't like an affordable iPhone – well, a relatively affordable one, at least? Apple launched the iPhone SE (2020) internationally while we were in lockdown, and announced its pricing in India as well. Starting at Rs. 42,500, it will get a lot of attention when it does go on sale here, but we don't know exactly when that will be. Yes, the design is virtually identical to that of the iPhone 8 (Review) which follows a similar design to the iPhone 6 (Review) going as far back as 2014. It has huge bezels above and below the display. It also misses out on FaceID and a few other modern features. However, the internals of the device are very powerful. It packs the Apple A13 Bionic processor (the same as the iPhone 11 series). The powerful hardware and the relatively low price make the Apple iPhone SE 2020 worth looking forward to.

Both phones in the OnePlus 8 series sport punch-hole displays. The OnePlus 8 and the OnePlus 8 Pro are powered by the Qualcomm Snapdragon 865 SoC, and support 5G connectivity. These devices also pack multi-camera setups and run the latest version of OxygenOS on Android 10. With prices higher than ever before, it remains to be seen if they will pack the same punch as previous OnePlus models.

While Apple took us back to 2014 with the design of the iPhone SE (2020), Motorola has gone even further, resuscitating the iconic Razr brand and design from the dead. The new Motorola Razr 2019 was launched internationally late last year. It took its time to come to the Indian market, but it hasn't been able to go on sale yet because of the lockdown. The new Motorola Razr has a foldable display and a design that'll remind you of the iconic original. If nostalgia doesn't make you misty-eyed, the price sure will. At Rs. 1,24,999, it will be one of the most expensive smartphones to go on sale in India. We also wouldn't recommend slamming the new Motorola Razr shut like the original.

The Samsung Galaxy S20 Ultra is the best that Samsung has to offer in the market. It packs the powerful Exynos 990 SoC and has a big 6.9-inch QHD+ display. It has 12GB of RAM and 128GB of storage. It also packs a quad-camera setup at the back with its signature feature, a 108-megapixel primary camera.

These are the smartphones that have been stuck after being announced with a price, and have not been able to reach consumers. There are also a few other devices that were scheduled to be launched in India but haven't even been announced officially yet because of the lockdown.

Realme's Narzo series has been in the news as the company has had to push its launch plans ahead not once but twice. Clearly, Realme wants to get these smartphones into the market and we are curious to get our hands on them ourselves. The Narzo 10 and the Narzo 10A are said to be affordable smartphones and their prices are tipped to be under Rs. 15,000.

Vivo had set March 26 as the launch date for the Vivo V19, and that was then pushed to April 3. Ultimately, the launch has been deferred indefinitely as the lockdown has not yet been lifted. Vivo did launch the smartphone in international markets, so we do know the internals that it packs. While the Snapdragon 712 SoC isn't too exciting, this phone does sport a hole-punch with dual front cameras at the front and a quad-camera setup at the back. It also gets Vivo's new Funtouch OS 10 on top of Android 10.

Xiaomi has been releasing Redmi smartphones in the country at a fast pace, but the premium Mi series has been on the back burner. Xiaomi Mi 5 was the last phone from this particular series to come to the Indian market. Things were supposed to have changed, and Xiaomi did set March 31st as the launch date for the Mi 10 in India. While the lockdown has delayed the launch of this smartphone, we already know what to expect from the device.

The Xiaomi Mi 10 will be powered by the Qualcomm Snapdragon 865 SoC and sports 8GB of RAM. It also packs a quad-camera setup at the back with a 108-megapixel primary camera. We are looking forward to this phone post the lockdown, as it will be interesting to see how Xiaomi prices it.

The Huawei P40 has a triple camera setup while the P40 Pro has a quad-camera setup. Both have the same 50-megapixel primary camera sensor. Huawei hasn't set a launch date for India yet, but we can expect these devices to hit the market soon after the lockdown lifts.

It's very likely that many companies also have other plans which have been derailed, and that many other models which haven't even been teased yet were supposed to have launched by now. We would have expected several new models from Xiaomi, Samsung, Oppo, and others this month, but everything will have to wait a few weeks longer. Which of these smartphones are you looking forward to the most? Do let us know in the comments.