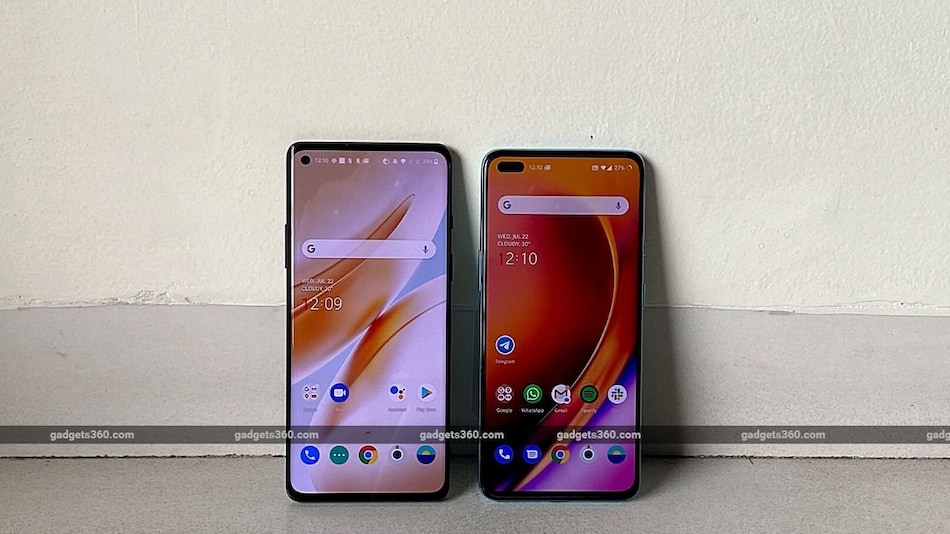 OnePlus Nord made its debut today as the Chinese brand's newest addition to the growing mid-budget smartphone segment. The newly launched phone offers premium features such as 5G, Fluid AMOLED display, and dual front cameras without a premium price tag. Although the newly launched OnePlus Nord is expected to give stiff competition to brands such as Xiaomi, Huawei and Samsung, it might also overshadow the popularity of OnePlus 8 that was launched in April. One notable difference between the two phones is in their camera setup.

So in case you're wondering how OnePlus Nord stacks up against its sibling, the OnePlus 8, here's a comparison between the two smartphones' prices and specifications.

The newly launched OnePlus Nord runs Android 10-based OxygenOS 10.5 out-of-the-box. It features a 6.44-inch full-HD+ (1,080x2,400 pixels) Fluid AMOLED display with 90Hz refresh rate and Corning Gorilla Glass 5 protection on top. The OnePlus 8, on the other hand, runs on OxygenOS 10 and sports a relatively larger 6.55-inch full-HD+ (1,080x2,400 pixels) Fluid AMOLED display that has up to 90Hz refresh rate. Both the phones do not come with IP rating for water resistance.