OnePlus Nord N10 5G is the only phone to support 5G networks. 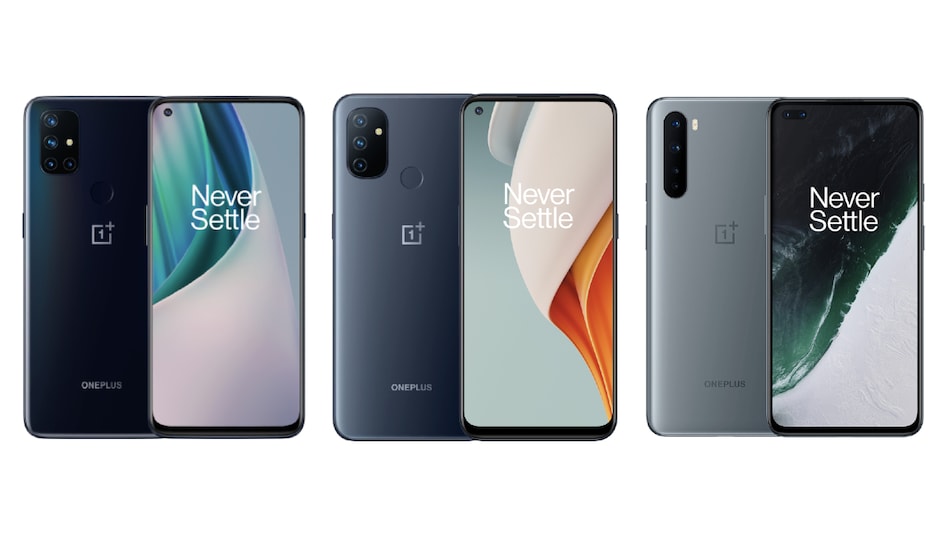 OnePlus Nord N10 5G is priced at GBP 329 (roughly Rs. 32,000) for the lone 6GB + 128GB storage model. It comes in a single Midnight Ice colour finish and is reported to be available first in Europe and later in North America. No announcement has been made on its availability in India.

OnePlus Nord N100, on the other hand, carries a price tag of GBP 179 (roughly Rs. 17,300) for the lone 4GB + 64GB storage model. It is offered in a Midnight Frost shade and will be available in the same markets as the OnePlus Nord N10 5G. OnePlus has not announced availability or pricing for the Indian market yet.

In contrast, OnePlus Nord was launched in India in July, priced at Rs. 24,999 for the 6GB + 64GB storage variant, Rs. 27,999 for the 8GB + 128GB storage option, and the top-of-the-line 12GB + 256GB storage model is priced at Rs. 29,999. The base variant is available in Gray Onyx, whereas the other two premium configurations are available in Blue Marble and Gray Onyx colour options. There is also a new Gray Ash model that is only available in the 12GB + 256GB storage configuration. It is available for purchase on Amazon and OnePlus.in.

OnePlus Nord N10 5G also houses a quad rear camera setup, but it includes a 64-megapixel primary sensor and an 8-megapixel secondary ultra-wide sensor. The camera setup also includes dedicated 2-megapixel macro as well as monochrome shooters. For selfies and video chats, there is a 16-megapixel snapper at the front.

OnePlus Nord N100 comes with a triple camera setup that houses a 13-megapixel primary sensor, along with a 2-megapixel bokeh lens and a 2-megapixel macro shooter. For selfies and video chats, there is an 8-megapixel sensor at the front.