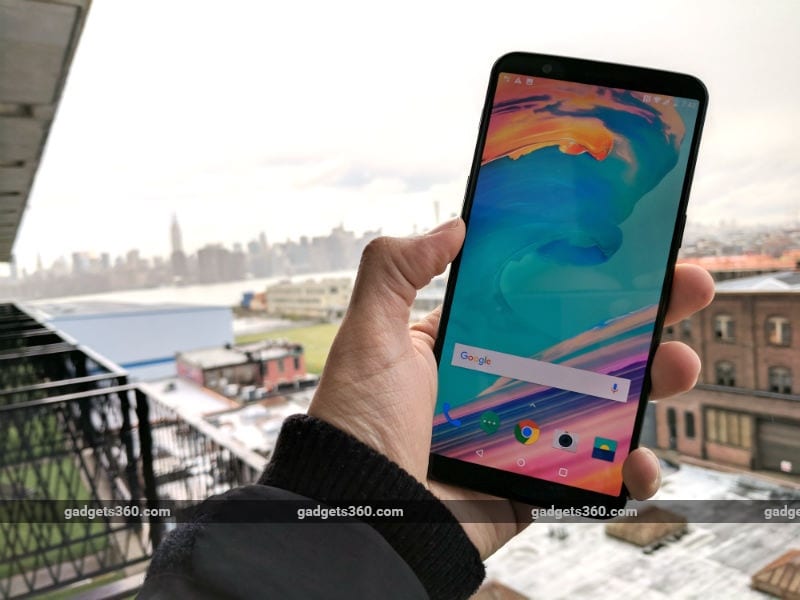 In part one of our sit-down chat with OnePlus co-founders Pete Lau and Carl Pei, they spoke about the newly launched OnePlus 5T (Review) and the strategy as well as timing of its launch. They also dropped a few interesting hints about how they might address the lower end of the market while staying true to the company's mission to only sell flagship phones. Here's more from the duo about the OnePlus 5T's hidden features, plus the company's plans for India and the world.

After discussing the OnePlus 5T's launch, we asked Pete Lau (with Carl Pei translating to and from Chinese) whether the company had any specific plans for India, maybe along the lines of the previously announced integration with Paytm on the OnePlus 5. Is there anything further that Indian users can expect with the OnePlus 5T? The answer was pretty neutral and non-committal: "India is a very, very important market for us. In terms of product, we'll keep improving it and localising it for the market".

"One specific example is in the selfie camera," Lau told us. "When you turn on beautification, our algorithms for India, for China and for North America and Europe are all different, because people in different regions have different standards of beauty." But, we wanted to know, how does the phone know who it's looking at? Is each region's firmware different, does it detect face colour, or use some kind of AI learning feature? It turns out to be much simpler than that. "It uses the SIM card and phone number. It can tell through the phone number, so it's not the colour of the skin. If it's a Chinese person who lives in India, they will have to use the Indian beauty standards," Lau replied.

While on the topic of cameras, we asked the duo why OnePlus swapped the secondary rear camera's telephoto lens for a dedicated low-light sensor. "We see that the user demand for low-light photography exceeds that of optical zoom," Lau told us through Pei, and then added "This is a feature that we didn't talk about during the launch because it's coming later, but in social apps, when you take a video it's going to use the secondary camera so you can get better video in low light." Will apps have to be rewritten to work with the OnePlus 5T in that case, or will the phone choose which camera to expose to an app based on light? "These apps compress the quality of video," the co-founders explained. "You don't need to use the very high-resolution camera so you can use the better low-light camera. The app doesn't need to change. It will work automatically. This feature will come in a future OTA update."

Coming to overall company strategy, we asked about the media blitz surrounding the OnePlus 5 release. The company started advertising a lot, using celebrities and driving lots of social media engagement, which was different from the early days of just word-of-mouth and viral promotion. How did that work out, and what direction is the company sticking with now? The co-founders replied: "In India we'll do some basic traditional marketing like airport billboards and theatre ads, but it's not going to be our main marketing strategy. That's still digital and based on word of mouth. As an example, if you have theatre ads, when OnePlus users watch a movie, they will feel really good to see their phone in the ad."

We then turned our attention to the bigger picture, and asked the co-founders what they see for the future of the company and the smartphone industry as a whole. How are they driving new innovations, and how do they plan to stay on top? "The direction will always be to implement the latest and greatest technology, as well as focus on our products. That will never change," was the response. We picked up on a potentially subtle hint - Lau and Pei said "products", not "smartphones". Does OnePlus consider diversifying beyond its primary product category, we asked? Are there any accessories or other products that might push personal technology beyond where the smartphone is right now? The co-founders seemed open to that idea, but wouldn't give us anything more than the faintest teaser: "We can't for sure say no for the future, but so far we haven't found another category that we think will excite our customers. If we make any product it has to give our users a better digital life."