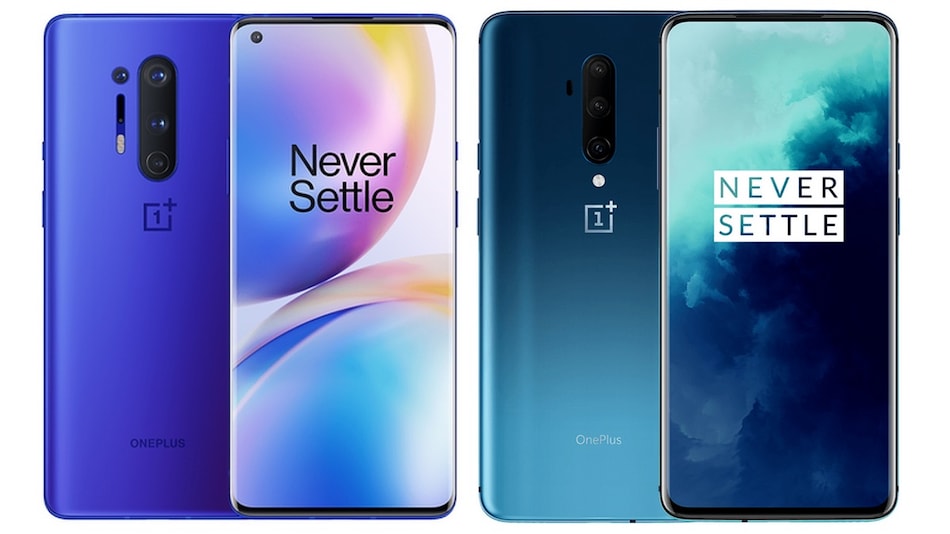 OnePlus on Tuesday unveiled the OnePlus 8 series that includes the OnePlus 8 and OnePlus 8 Pro smartphones. The Pro-variant is top-end phone that boasts of impressive specifications like 120Hz display and HDR Boost technology. It is also the successor to last year's top-end variant, the OnePlus 7T Pro, which at the time, gathered a lot of attention for its flagship specifications, including 90Hz display and pop-up camera design. Now, let's put the new OnePlus 8 Pro against the older OnePlus 7T Pro and see what all the company has changed in the new model.

Coming to storage, both the OnePlus 8 Pro and the OnePlus 7T Pro have 128GB and 256GB of UFS 3.0 storage. And, in typical OnePlus fashion, neither of the two phones has expandable storage. Connectivity options on the OnePlus 8 Pro include 5G, LTE, Wi-Fi 802.11ax, Bluetooth v5.1, NFC, GPS/A-GPS, and a USB Type-C port. The OnePlus 7T Pro comes with 4G VoLTE, Wi-Fi 802.11ac, Bluetooth v5.0, GPS/A-GPS, NFC, and a USB Type-C port. Both phones have in-display fingerprint scanners.