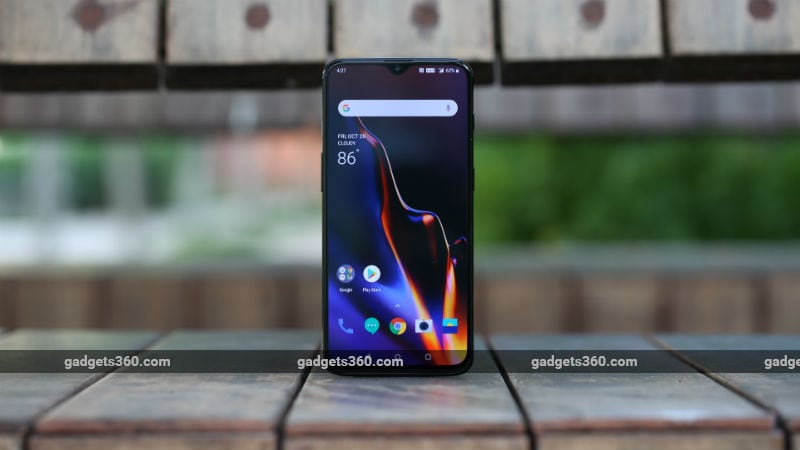 OnePlus has announced the launch of OnePlus 6T, the company's latest smartphone, taking the covers off the mid-cycle refresh of its 2018 flagship at an event in New York on Monday. With premium specifications and design elements, the OnePlus 6T will look to take on flagship devices from competitors such as Apple, Google, Samsung among others. Apple's iPhone XS was launched in September. Pixel 3, launched last month as Google's latest offering in the top-end segment, is quite popular for its cameras. Meanwhile, Samsung's flagship phablet Galaxy Note 9 that was unveiled in August this year, provides a plethora of premium features. Here we take a look at how the price and specifications of the OnePlus 6T, iPhone XS, Pixel 3, and Samsung Galaxy Note 9 compare, to give you a better idea of how the new OnePlus handset stacks up against the giants.

Meanwhile, the price of Google Pixel 3 starts at $799 (roughly Rs. 58,600) for the 64GB variant, going up to $899 (roughly Rs. 66,000) for the 128GB variant in the US. It comes with a Pixel Stand for wireless charging, and it is priced at $79 (roughly Rs. 5,800). Interested buyers can opt to buy the phone via Verizon, or purchase the unlocked variant by paying the full amount up front. The phone will be sold in Clearly White, Just Black, and Not Pink colour options.

In terms of internals, three of the smartphones in this list - Google Pixel 3, OnePlus 6T, and Samsung Galaxy Note 9 - are powered by the same 64-bit octa-core Qualcomm Snapdragon 845 SoC. The Galaxy Note 9, however, gets the Exynos 9810 SoC in certain markets including India. The OnePlus 6T features either 6GB or 8GB of RAM, Pixel 3 comes with 4GB of RAM , and the Samsung Galaxy Note 9 also with options of 6GB or 8GB of RAM. However, the Apple iPhone XS is powered by the A12 Bionic 7nm SoC, coupled with 4GB of RAM.