OnePlus CEO on the OnePlus 6 'Chin', Selling Only One Model at a Time, Cheaper Phones, and More 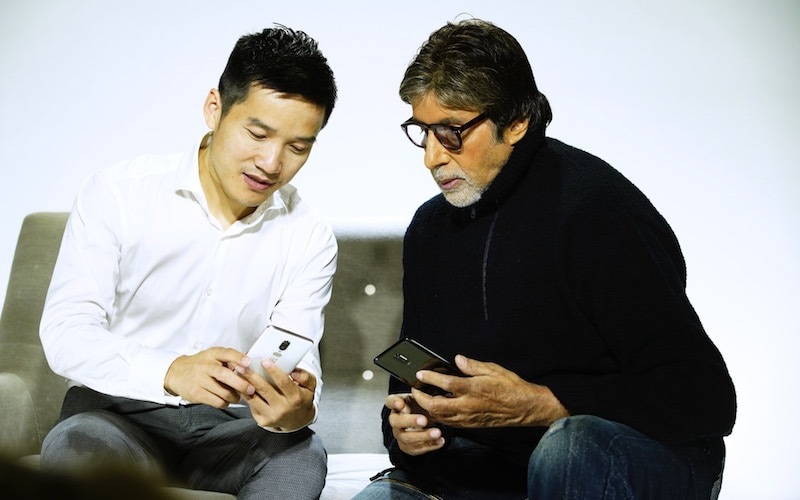 OnePlus 6 is the eighth smartphone that the Shenzhen-based startup has released in the 50 odd months since it was founded by Oppo alumni Pete Lau and Carl Pei. While OnePlus may not have the marketshare of the duo’s former employers - Oppo is among the top five smartphone vendors globally - the company has managed to carve a niche for itself in the smartphone market.

For the third straight quarter, OnePlus took the second spot in Counterpoint Research’s India premium smartphone marketshare tracker. That’s some achievement for a company that stands out by selling just one smartphone model at a time, while most of its rivals seem to roll out something new almost every other week.

It is this focus that helped the OnePlus 5T become the best-selling premium smartphone model in India last quarter, ahead of offerings by Samsung and Apple. Though the Samsung Galaxy S9 and Galaxy S9+ duo combined managed to outsell the OnePlus 5T, OnePlus’ previous flagship was the single highest selling premium smartphone in India in Q1 2018, according to Counterpoint Research’s data.

Even by the company's internal metrics, the OnePlus 5T was a big success. OnePlus and many other manufacturers use the net promoter score (NPS) to measure consumer satisfaction for a product. The OnePlus 5T had a NPS of 78, the highest for any OnePlus smartphone till date, Pete Lau founder and CEO OnePlus told Gadgets 360 during a freewheeling chat in Mumbai ahead of the OnePlus 6 launch. Fifty percent of OnePlus 5T buyers worldwide were already OnePlus customers, Lau revealed, indicating the brand has steadily built a base of loyal customers.

Not a 'startup’
The success of the OnePlus 5T helped the company overcome arguably the toughest time in its short history. The OnePlus 5 may have have been the fastest selling OnePlus device of its time, but its launch was marred by several complaints including the infamous Jelly Effect and other issues, big and small. At that time, co-founder Carl Pei had suggested that OnePlus was a young company that was not used to this level of scrutiny, but nearly a year later, the company seems to have come to terms with its higher profile.

“Already, two years ago, I was bringing up the point of talking about OnePlus as a startup and saying that this shouldn’t be used externally, as it’s often seen as an excuse, and it shouldn’t be,” Lau told Gadgets 360 earlier this month. “Internally, having this sort of spirit, energy, and drive of a startup to push innovation and to drive the company forward is a great thing, but externally we shouldn’t focus on calling ourselves a startup - we should focus on making great products.”

“Our focus and vision is to build a sustainable and enduring company, so attaching ‘startup’ to this doesn’t have long-term relevance. It’s about building a company that’s sustainable, enduring, and healthy in terms of its business,” Lau adds, echoing the OnePlus vision Pei had laid out in an earlier conversation with Gadgets 360.

The notch and the chin
The OnePlus 6 went on sale in India last week, instantly becoming a best seller, dismissing any lingering concerns anyone might have had about the effect the ‘notch’ might have on potential buyers. Speaking via an interpreter, Lau suggests that while the OnePlus community’s first reaction to the notch may have been less than welcoming, he’s confident it’s a step in the right direction.

He makes the same arguments he’d outlined in an online post a few weeks earlier and asks us about our thoughts on the notch. We respond that while we don’t have a problem with the notch itself, we couldn’t say the same about the prominent ‘chin’ that all Android smartphones have below the display, which means none of them are able to match the edge-to-edge experience the iPhone X has to offer.

“The ability to minimise size of the connectors [at the bottom of the display] is the pursuit,” says Lau. “The total impetus that Samsung [supplier of the display on OnePlus 6 and many other leading smartphones] has in terms of shrinking them and being able to have this chin become smaller by shrinking the technology that’s connected and required at the bottom of the screen. Apple has the flexible OLED screen which they’ve patented so they are able to wrap that around the bottom of the device, which is how they’ve eliminated the chin entirely.”

“In the following three years, the notch and the chin will get smaller and smaller,” he continues. “It’s very much a pursuit of absolute extreme as far as limitations of technology available and what can be created for that full-screen experience.”

The conversation then moves on to India, which is OnePlus’ single largest market, with Europe, China, and the United States next in line. We ask Lau if we’ll see an increased focus from OnePlus on the offline market, given its own foray into the channel, and the success the likes of Xiaomi have seen with the expansion of their physical presence.

“Our focus remains very much on e-commerce, while the [OnePlus] Experience Stores and Authorised Stores are key centres for experiencing OnePlus and its devices, so we won’t go and partner with a lot of offline channels,” he says. “We do have a partnership with Croma and our devices are in Crome stores, but the focus will remain on the online and key offline OnePlus store points for India.”

OnePlus opened its first Experience Store in Bangalore last year and plans to have one each in Delhi, Mumbai, Chennai, Hyderabad, and Pune by the end of this year. The company is also experimenting with smaller OnePlus Authorised Stores, the first of which opened in Mumbai in January, with more stores coming up in Bangalore, Hyderabad, Chennai, Pune, Ahmedabad, Jaipur, Delhi, Chandigarh, and Kolkata.

Lower price of entry?
While the OnePlus 6 costs less than half of what the iPhone X retails at, its price tag of Rs. 34,999 is still a fair chunk of money for most people in the country. We asked Lau if the company had thought about expanding its reach by keeping the older models around and selling them at a lower price, similar to what Apple does with the iPhone lineup. He says the idea doesn’t really hold much of an appeal as the entire OnePlus community is built around offering the latest hardware.

“At least the next three years, the focus will remain on the flagship, the best flagship product, what’s come to be expected of OnePlus,” Lau explains. “The feedback is very much ‘we want to have the latest device’, and there’s not a lot of community giving feedback ‘we would have an interest or a demand in being able to purchase an older device.’”

“Another key issue with this is that we very much have a focus and a commitment to not dropping prices across the lifecycle of a device,” he continues. “That would then very much be a strange situation if you were to introduce a new device, which would be close to the price of the former device, but they are roughly at the same price point. Then you would likely have no one going for the older device.”

“As an e-commerce company [i.e. one that sells majority of its devices online], the margins are thin on products. So we can’t take the route of traditional companies that maybe take a strategy of dropping product price very significantly over the lifecycle of the product,” says Lau. “So from our perspective if we were to adjust prices slightly, it wouldn’t have much of meaning positively for users, and it’s not the right strategy to take in our opinion.”

The OnePlus 6 has just launched and the joke at least outside the OnePlus community is that must mean the OnePlus 6T is around the corner. We ask Lau if the company has seen any backlash from its users about the frequent updates to its lineup and he responds by saying that iterating hardware to bring new devices every six months is “not an abnormal process.”

“Our users have been able to build a better and better understanding that on this front the OnePlus approach is two devices per year and so they can anticipate what there’s going forward,” he says. “Our whole mission and goal is to be able to provide the latest possible technology available and that’s what they are getting when they purchase a OnePlus device. So they can anticipate that with their decisions around purchase.”