One Year On, Nadella Shifting Focus at Microsoft 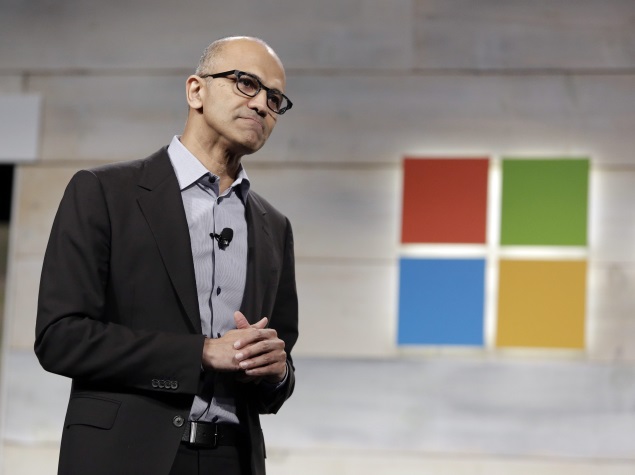 With one year under his belt, Microsoft chief executive Satya Nadella has made strides in changing the focus of the technology giant that some feared was turning into a dinosaur.

Nadella, who took over from Steve Ballmer in February 2014, has been moving to make Microsoft more relevant in the new tech world led by mobile-focused rivals such as Apple and Google.

Microsoft, which can no longer rest on its PC dominance with its Windows operating system, has taken a page from the playbook of the late Steve Jobs at Apple providing software like Office for free on rival devices like the iPad and Android-powered tablets.

"He hasn't solved all problems, but he's made moves in the right direction strategically," said J.P. Gownder, analyst at Forrester Research.

Even though many of the new things unveiled were in the works for years, Nadella appears to have injected new energy into the Redmond, Washington-based tech powerhouse.

Gownder said it was "a wise move" to bring popular Microsoft programs like Word, Excel and PowerPoint to Android and Apple devices, because Windows has been slow to gain traction in the mobile universe.

"When you have software, you have to run that software where the customers are," instead of using it as "a weapon" in a war of operating systems, he said.

In a move aimed at reaching a younger tech user base, Microsoft agreed in September to buy the Swedish group behind the hugely popular video game "Minecraft" for $2.5 billion, bolstering its gaming division.

The deal for Mojang gives Microsoft one of the best-known video games of all time one which is played on game consoles as well as PCs and mobile devices.

"This year is more of a reinvention and restrategizing year. 2015 will be when the company may have some progress on initiatives like mobile and cloud."

Nadella has made some missteps, notably in comments suggesting working women should trust "karma" when it comes to securing pay raises, but quickly moved to back away from the controversy.

He ordered the biggest reorganization in Microsoft's history, cutting some 18,000 jobs or 14 percent of the workforce under a plan aimed at simplifying the corporate structure and integrating the mobile division of Finland's Nokia.

Wall Street has been happy with the new leadership Microsoft shares gained 36 percent in Nadella's first eight months, but pulled back in early 2015.

Windows 10 test
Nadella, 47, has been pressing cloud and mobile computing since taking the reins, and is seeing some progress in areas like the Azure cloud platform for business.

But Microsoft still faces a big test with its upcoming Windows 10 platform, which aims to keep PC users while also powering mobile phones and tablets.

Some 1.5 billion people around the world use Windows-powered computers, and Microsoft is intent on renewing its relevance in an age of mobile computing; the new platform is being designed with feedback from millions of "insiders" testing early versions of the operating system.

Microsoft needs to remake its business, which had been based on one-time Windows license sales, to a new model for the mobile world, say analysts.

Colin Gillis at BGC Partners said the plan appears to be working.

"We remain positive on the efforts to reshape Microsoft into a recurring revenue, subscription-based business," he said.

Gillis said this means some "turbulence" as higher-margin software license sales are replaced with lower-margin subscriptions.

Windows 10 will be crucial for Microsoft, which is hoping to win over developers as well as users with a platform that works on mobile devices as well as PCs.

According to Gownder, Windows 10 is "the best opportunity yet for Microsoft to come back in the game in mobile."