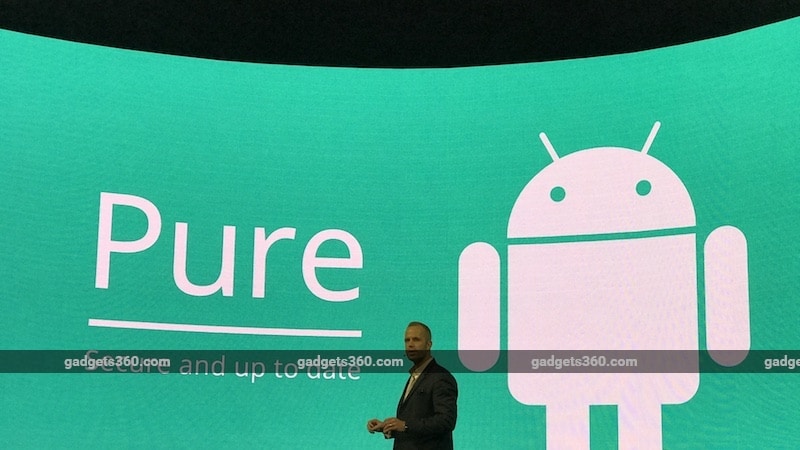 "When you hold it in your hand, you feel, 'wow, that feels very solid' - and then when you [look at] the display or battery life, all of that, we're delivering all you're expecting from a Nokia. Those were the things we wanted to get right in the initial range."

That’s one of the first things Juho Sarvikas, Chief Product Officer, HMD Global tells Gadgets 360 as we meet on the sidelines of the MWC 2017, a day after Nokia's latest new phones, the Nokia 3, Nokia 5, Nokia 6 Arte Black, and of course, the Nokia 3310 (2017) were unveiled. Saying that the new Nokia phones are competitive on specifications for the price, Sarvikas, a Nokia veteran of 11 years, talks about how attention to detail, build-quality, and timely updates, and not specifications alone, are going to be the real differentiators for Nokia’s Android phones. The exception to this is the rebooted 3310, which Sarvikas describes as "less of a rational product”, adding that that it came straight from the heart.

Talking about the new Arte Black Nokia 6, which has turned quite a few heads at MWC show floor, Sarvikas says that it takes 18 hours to do the anodisation on every unit, which is then we polished 10 times. "The amount of detail and precision engineering that goes into these designs is the most Nokia part of these devices,” he explains.

Moving beyond design, we ask Sarvikas if the company might release variants in different markets where the specifications are bumped up to look good on paper? We’ve seen companies launch phones in India with increased RAM, and we wonder if HMD Global will follow a similar strategy, given we’ve already seen reader feedback about “only” 2GB of RAM in some of the Nokia phones. Sarvikas doesn’t completely rule out the possibility, but it’s clear he doesn't want to get too drawn into the subject.

"[With Nokia] you're getting a balanced device that will perform well in every day life," he says. "Where it makes sense for the consumer [we'll customise] - and if that's what consumers believe they want and if there's actually benefit for them," adds Sarvikas. "I would have much rather spent that ten bucks (I'm just making up a number, he clarifies) in actually improving the display in a way that's beneficial for you, than say stepping up the RAM, and the chipset can't even make use of that.”

"There's a new generation that's looking for a more thoughtful approach to technology, to products," he adds. "What I care about is that we get critical mass of the devices out there, and once you experience the device, you'll start telling your friends, 'remember all the things you loved about your Nokia?'"

Sarvikas stresses on Nokia's "pure Android approach", and said that customer feedback showed a demand for clean, easy to use, and snappy user interfaces. "The best way to do that is to do the purest form of Android out there," he says. "It makes it easier to roll out updates and commit to monthly security updates across the portfolio, so we can keep the consumer safe, and also deliver the latest features.” Sarvikas adds that Nokia’s Android phones are guaranteed software updates for two years.

"So for example, the Google voice… the Google Assistant, we are able to bring that to a completely new price point with the Nokia 3, for example,” Sarvikas adds. "Whatever is new on their roadmap, we are really happy to be their eyes and ears out there - the partner who brings it to market and then has the conversation with the consumers, and brings the feedback to Mountain View as well."

To that end, Sarvikas told Gadgets 360, HMD Global experimented building its own launcher and dialler, but decided not to go ahead with these apps because they didn't actually benefit the consumer. "I don't want to do something different for the sake of doing something different," says Sarvikas. On the other hand, Sarvikas explains, the company felt it was actually adding more value to the user experience by customising the Camera app, for example.

At the same time, Sarvikas also stresses that there was one way in which he believes the Nokia phones stand out from the competition - durability and longevity. "We have this unique arrangement with Foxconn where they are essentially our in-house R&D, [so] we are able to push the limit on material and manufacturing innovation," he said. To that end, Nokia is also going to provide at least two years of software support, he said. "Nokia is supposed to stand the test of time," says Sarvikas. "To me it's very important that we have the longevity part of the device. So for example that's why we've been very cautious about the way we're charging the phone - some proprietary fast charging solutions absolutely decimate the battery, and that's not the Nokia way.”