MWC 2018: The Highs, the Lows, and the Many New Faces of Android 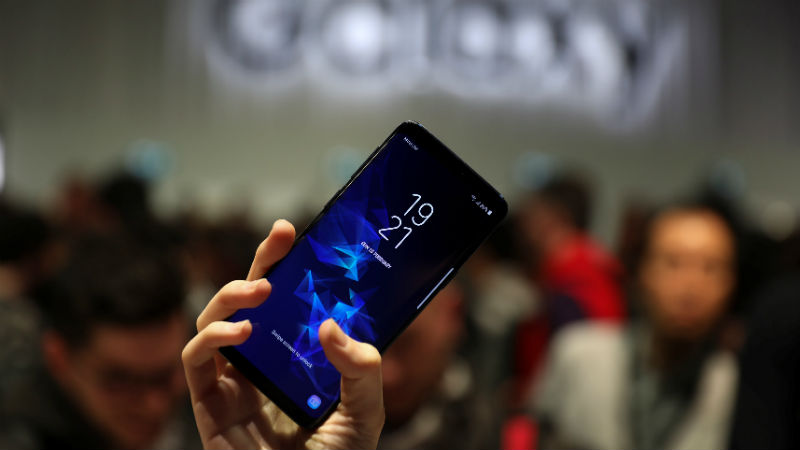 This year's edition of the Mobile World Congress show has just concluded. It has become the venue where many of the world's biggest and most important smartphone vendors launch their flagship products for the year, so anticipation runs high. This year, one of the biggest takeaways was that companies are more willing to take their time and launch products later, rather than rush something just to be in time for MWC. Samsung, Sony, and HMD held their usual splashy events, and Asus joined the MWC party for the first time, but there were a few interesting things to notice.

Samsung was the biggest smartphone companies to host a pre-MWC event, and as usual there were massive leaks online leading up to the launch of the Samsung Galaxy S9 and Galaxy S9+ (and their prices). At first glance, these two new phones are pretty underwhelming, with very little that sets them apart from their predecessors. What Samsung is making the most noise about is how much better the cameras on these two phones are, and everything else is just incrementally better. Apple has faced major criticism for taking exactly this approach in the past, so it will be interesting to see how the world receives Samsung's new flagships.

Something like the ability to take beautifully detailed photos at night can add real value to a phone, but the excitement only hits when you actually use the device and see the result for yourself. You can read all about the specifications and capabilities of both Galaxy S9 models in our early coverage of the device, and we're going to test the cameras in much more detail when we conduct our full review.

Samsung Galaxy S9, Galaxy S9+ Will Be Launched In India at These Prices

Then there was HMD Global, with its range of Nokia phones going from the 8110 4G to the slick stainless-steel-and-glass Nokia 8 Sirocco. There was no next-generation flagship, but the Sirocco will certainly have its fans at the very high end of the market. The Nokia 7 Plus was the freshest model, and it could see considerable success thanks to its looks, cameras and specifications - that is, if HMD Global gets the pricing right.

Next up was Sony, which had not one but two smartphones based on the new Qualcomm Snapdragon 845 SoC. While both models gain new camera capabilities, the emphasis was on entertainment as a whole, with top-class screens and sound reproduction. We're definitely glad that Sony is still committed to releasing smaller phones with top-end hardware. Overall, this company badly needs a big success, and the new Xperia XZ2 and Xperia XZ2 Compact are its best shots in years.

Then there was Asus, which has been in the smartphone game for over four years now but only just decided it was ready for a platform as significant as MWC. Asus certainly made a mark with its notched screen, and the inevitable comparisons with the "Fruit Phone X" (in its own words) aren't fazing the company one bit. In fact, Asus is drawing attention to the comparison itself, and then channelling it in ways that show off the areas in which it has innovated and improved over the original.

The new ZenFone 5Z with a Snapdragon 845 processor was announced, but not shown at the company's event, and it did not have any public presence on the show floor. Asus is confident that notches are going to be a big thing on Android this year, and all evidence points in that direction - much to the chagrin of many Android fans, we're sure.

With all of that, there were also several notable absences. Some companies either didn't have new products ready on time, weren't ready for the world stage, or just prefer to do their own events so that attention is focused solely on them. Xiaomi and OnePlus are now huge global names but chose not to use MWC for any big launches. LG came, but with only a variant of its existing flagship. HTC, Huawei, and Lenovo/ Moto were all present at MWC but used their time there to launch other types of products - Huawei in fact confirmed that it will host a private event in Paris later this month for its next big launch.

Other than these big brands, there were few other smartphones that caught our attention. One was the ZTE Axon M, a unique dual-screen phone that can be used in a variety of ways but didn't seem very practical. Then there was the Planet Computers Gemini, a throwback PDA with a keyboard, current-day hardware, and your choice of Android, Sailfish or Linux operating systems. We also saw a mockup of a future Energizer-branded phone with a massive 16,000mAh battery which was predictably huge, but could be a lifesaver for some people. We were happy to see these two experiments and we hope that more companies start taking chances with the shapes, sizes and capabilities of their devices.

Particularly relevant to India, we got our first hands-on experiences with the new Micromax Bharat Go and Lava Z50, both of which are meant to be super-affordable smartphones. They have extremely basic hardware and run the stripped-back Android Oreo (Go Edition) software with Google's specially customised apps. Depending on prices, these could bring fresh action to the already hotly contested entry-level smartphone market - and there are some good ideas that we'd like to see make their way into mainstream Android as well. There are sure to be multiple Android Go options in India as well as other world markets this year.

The common thread that runs through many of these announcements and products is Android. Google's own presence was relatively low-key, but there's no denying how deeply every other brand is dependent on Android. Some companies are pushing the OS in new directions, such as Asus accommodating a notch and ZTE supporting multiple screens. Other companies are allowing Google to set the tone. Nokia has gone all in on stock Android One, using the promise of rapid Android updates as a key differentiator. Micromax and Lava have adopted Android Go at launch, and are using it to push smartphones into a new, lower price bracket.

All of that was just what was happening at one part of MWC. There was a lot of floorspace and many conference sessions dedicated to emerging 5G networks, telecom infrastructure, industry policy matters, robotics, IoT, industrial machines, data analytics, business intelligence, advertising platforms, smart cities, digital content and delivery, automobiles, apps, and much much more.

Next year will hopefully see things like 5G beginning to show up in consumer products, and maybe then there will be completely new products, services and applications to become excited about, with a whole new generation of smartphones, services, and connected devices emerging.

Disclosure: Asus sponsored the correspondent's flights and hotel for the launch event in Barcelona.