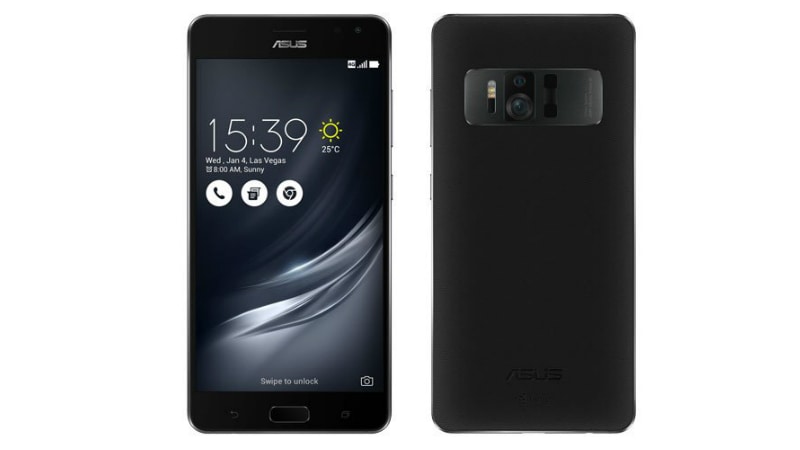 Predictably, CES 2017 dominated tech news this week with a range of exciting launches and demos, but just as we were putting the finishing touches to this piece, another launch grabbed the headlines. HMD Global, the new custodians of the Nokia brand, announced the launch of Nokia 6, a phone that runs Android 7.0 out of the box.

The Nokia 6 has a 5.5-inch full-HD display wrapped in 2.5D Gorilla Glass. The smartphone is powered by a Qualcomm Snapdragon 430 SoC alongside 4GB of RAM and 64GB of internal storage. The Nokia 6 is a dual SIM smartphone that is backed by a 3000mAh non-removable battery. See full specifications of the Nokia 6, which will unfortunately be a China-exclusive smartphone. HMD Global confirmed more Nokia Android phones are coming soon.

Before we get to all the CES launches from this week, let's take a look at some important stories from closer home. Vodafone is taking the battle to Reliance Jio and Airtel with the launch of a new postpaid plan that offers unlimited calling, and 3GB of 4G data each month. The revamped Vodafone Red postpaid plans come soon after Airtel started offering 3GB of free mobile data per month to prepaid and postpaid customers switching to its 4G network.

From CES, one of the highlights was the launch of the Asus ZenFone AR, the first smartphone with 8GB of RAM. It also come with support for Google's Tango augmented reality programme and DayDream virtual reality software. Asus ZenFone AR, like the other Tango device - the Lenovo Phab 2 Pro - is designed around machine vision with a camera and sensor setup that provides motion tracking, depth perception, and area learning.

In addition to the ZenFone AR, Also also unveiled the Asus ZenFone 3 Zoom camera smartphone with 5000mAh battery at the event. The phone has dual rear cameras and offers 2.3x optical zoom.

Samsung used CES to showcase the new A (2017) smartphones launched earlier this week. The Galaxy A3 (2017), Galaxy A5 (2017), Galaxy A7 (2017) sport "enhanced" cameras compared to their predecessors, optimised for low-light conditions.

Later, pricing of the two of the new Samsung phones came to light as well.

LG also showed the LG Stylus 3. The South Korean company says that the new 2017 variants of the LG K3, K4, K8, K10 smartphones, and the Stylus 3 will strengthen its portfolio in the mid-range segment.

At its CES 2017 event, Xiaomi unveiled the latest Mi TV 4 and Mi Router HD, apart from announcing a brand new White colour variant of the Mi MIX smartphone. All the Xiaomi CES 2017 devices will be available later this year in China. Slimmer than an iPhone 7, the Mi TV 4 is the company's thinnest TV to date.

The Xiaomi Mi MIX was unveiled as a limited edition concept smartphone, made in collaboration with French designer Philippe Stark, in October last year, and it will go on sale later this year.

Chipmaker Qualcomm finally took the wraps off its Snapdragon 835 SoC. Qualcomm Snapdragon 835 packs an Adreno 540 GPU, and is 30 percent smaller than the Snapdragon 820. The first 10nm chip by Qualcomm comes with longer battery life and will enable thinner designs.

Nvidia launched a new version of its Shield Android TV, called just Shield, at CES 2017. It comes with Google Assistant integration and supports 4K HDR. The new Nvidia Shield will cost $199 (roughly Rs. 13,200) but the company has not announced the availability of the device yet. It will be the first Android TV with Google's Assistant, but others will follow, and it will come to other platforms over time.

There were also a lot of laptop launches at CES - Dell launched a range of products including a Latitude 2-in-1 business laptop, XPS 13 2-in-1, as well as new Alienware and Inspiron 7000 Gaming laptops. It also launched the new XPS 15 laptop, a Rose Gold variant of the XPS 13, and the XPS 27 AIO.

Asus launched the ZenBook 3 Deluxe UX490UA, and unveiled a new, slimmed-down business laptop, along with a VR-ready compact PC.

LG launched its new Gram 14 laptop, which it claims offers a battery life of around 24 hours. However, the benchmark test used by the company for this claim has turned out to be a 10-year old measurement tool. LG's new Gram 14 laptop weighs around 980 grams, and is powered by Intel's latest Kaby Lake processors. It comes with up to 16GB of RAM and houses up to 512GB of SSD storage.

Toshiba expanded its Portege laptop portfolio to launch a 2-in-1 offering - Portege X20W - pricing details of the 2-in-1 have not been announced yet. The Portege X20W convertible's main highlight is touted to be its 16-hour battery life. Meanwhile, HP unveiled the refreshed EliteBook x360, a 15.6-inch Spectre x360, alongside the new Envy Curved AIO 34, the new Sprout Pro by HP, and Omen X 35 Curved Display.

Asus also showed the Chromebook Flip C302 2-in-1 convertible, a high-end Chromebook. Samsung unveiled a Chromebook with stylus support, while Acer showed off a rugged Chromebook, targeted at classrooms.

Dell also launched a range of new gaming laptops in its Alienware and Inspiron lines, and Lenovo showed its range of Legion gaming laptops, and also a new VR headset, which will work with Microsoft's Windows Holographic Program. Samsung also showcased a new gaming laptop, the Notebook Odyssey. The most jaw-dropping of the lot though was probably Razer's Project Valerie concept laptop, which comes with three 4K displays, for "total immersion gaming".

As usual, CES also saw a number of wearables being launched - some of the highlights were the Misfit Vapor, the Casio WSD-F20 rugged Android Wear watch, and the Motiv fitness ring, which comes with a heart rate sensor. There were a few VR related announcements for new accessories from HTC Vive, while the other products are still works in progress.

Besides this, TRAI released a consultation paper on net neutrality - you have till February 15 to send in your responses to the regulator on this important issue.

Paytm also announced an interesting development this week - it's finally received approval to launch its payments bank - the actual rollout will still take a little time, but it's expected in the coming months. Paytm had earlier announced that it's going to merge its Wallet and Payments Bank, so your wallet balance will automatically become your bank balance.

Google CEO Sundar Pichai visited India this week, and launched new programs to help SMBs go digital. He visited his alma mater IIT-Kharagpur, where he talked to students, and told NDTV's Vikram Chandra in an interview Google is keen to work on UPI. He also met IT Minister Ravi Shankar Prasad who says Google should tailor its services to local needs.

These were the highlights of the week for us, let us know via the comments what caught your eye this week.