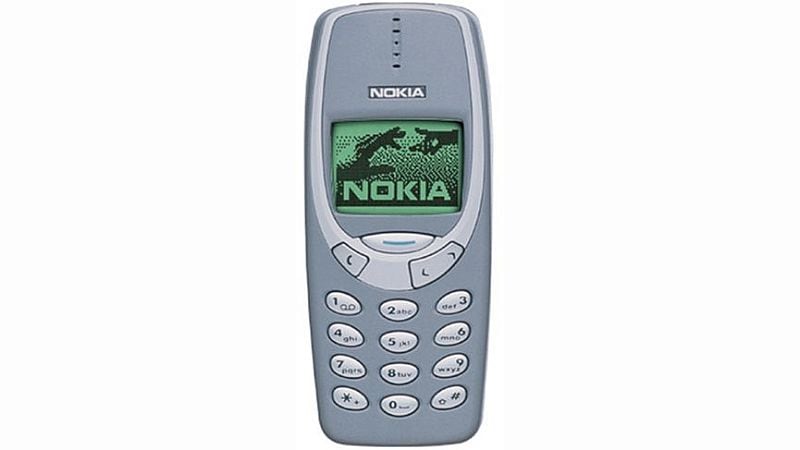 With news of Nokia 3310 relaunch spreading like wildfire, Nokia fans are looking forward for a modern version of the ‘indestructible’ mobile phone that has reserved a place for itself among everyone’s list of the most iconic tech gadgets. The rumoured price tag of the Nokia 3310 reboot is pegged at EUR 59 (roughly Rs. 4,000), making the upcoming handset an attractive buy for those looking for a secondary handset and the nostalgia factor.

There are many great reasons for the love the iconic Nokia 3310 gets even today. From the long battery life to ‘unbreakable’ body, the handset is considered the most reliable phone you can get. And such was its fame that in 2014, 14 years after the original Nokia 3310 launch, the folks at Nokia pranked fans by announcing a modern retelling of the phone with Windows Phone 8 operating system, 41-megapixel camera etc.

But we don’t really need too many features to continue our tryst with the Nokia 3310. Let's take a trip down memory lane and look at some of the reasons that make the Nokia 3310 the phone every user wants.

The smartphone era may have seen its fair share of innovations in terms of camera, UI, processing power, and features but unfortunately, battery life has taken the biggest hit as mobile communication evolved. The original Nokia 3310 offered a healthy 260 hours of standby time and a decent 4 hours and 30 minutes of talk time for a 1000mAh battery. With the new Nokia 3310, we can expect the era of improved battery life to return.

The Nokia 3310 is no doubt one of the most iconic Nokia phones ever built. Much like other Nokia feature phones that are known for their durability, reliability, and simplicity, the Nokia 3310 was also considered to be among the sturdiest handsets ever built. The Nokia 3310 could easily survive drops or even accidental water spills. The biggest relief was the handset never required a screen protector unlike modern day phones. With touchscreens dominating smartphones, there has been the fear of phones with cracked screens for users. Of course, it was not really indestructible, as it has lost the fight to hydraulic press and a red hot nickel ball.

The Nokia 3310 refresh could mean that the legendary Snake game will make its comeback on a Nokia device. It was one of the most popular mobile games in the 2000s and the Nokia 3310 had it. But Snake II was not the only game on the Nokia 3310, as you could choose either of Pairs II, Bantumi or Space Impact as well.

The Nokia 3310 refresh could also mean the return of the colourful rear shells. To recall, the Nokia 3310 was made available during 2000s in six different colours. Unfortunately, the unibody design has killed the fun of flaunting new coloured rear shells on phones.

One of the features that I miss on my smartphone is the ability to tweak my welcome screen. Forget iOS, it's rare to find the option to edit your welcome screen this option even in most Android ROMs. The Nokia 3310 could bring that privilege to you.

Nokia 3310 allowed users to create and save their own ringtones using the good ol' alphanumeric keypad. but don't get carried away though, as the tiny storage of the Nokia 3310 could store only up to five such personalised ringtones.

The Nokia 3310 existed long before apps became the buzzword in the phone industry, and as such had only a handful of applications you could use on it. So, the phone was good enough for simple tasks like calculations or setting reminders, but was not meant for the myriad stuff that the smartphones launched nowadays can do. It can even be considered the perfect phone if you want a life free from distractions of social media and selfies.

With beloved features such as these, it is no wonder that the original Nokia 3310 warrants a price tag as high as Rs. 5,000 (considering its features) even today on eBay India!