Motorola on Why Google’s Project Ara Failed, and How Moto Mods are Different 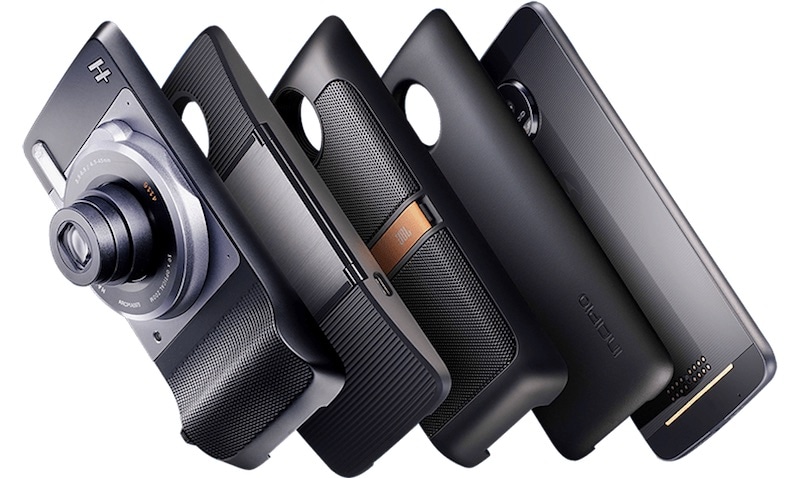 Motorola is one of the pioneers in telecommunications, having made the world's first commercially available mobile phone, the DynaTAC. That was in 1974, and over the years, Motorola's given the world some of the most memorable handsets in the business. A couple of decades and few ownership changes later today, the company is betting on "Mods" - aftermarket snap-on modular components that can add features such as a powerful speaker, optical zoom, or a projector.

Those are just the ones that the company has launched itself - Motorola has also created a Moto Mod Developer Kit (MDK) that any developer can use to create third-party modules for the Moto Z. To promote the Moto Mod developer ecosystem, Motorola is organising a series of MotoCollide events, the third of which (and the first in India) was held in Bengaluru last week. Gadgets 360 caught up with Stephen McDonnell, Senior Manager for the Moto Mods Ecosystem and Anuj Sharma, Head of Product Marketing, Lenovo Mobile Business Group to talk about Moto Z and modular computing as a whole.

Was Project Ara too 'geeky'?
Of course, Motorola isn't the first company to attempt a modular future. The most-hyped of these is Google, whose Project Ara attempted to create a fully modular phone, where you could swap out the camera as the phone aged. The idea didn't pan out - after a couple of years of attempts, the company gave up on a smartphone that's as configurable as a laptop.

McDonnell is quite dismissive about Ara. "They didn’t really think about the consumer at all," says McDonnell. "Their whole idea was based around technology, what can you do, but not what the customer wants."

"They wanted to do things like change the specs but that doesn’t really change the consumer experience," he adds. "It was exciting for developers, but they got the priority wrong. I think with LG and Friends - they wanted you to switch off your phone to change parts, and it was a whole process, who is going to do that?"

To drive home the point, he compares that to Motorola's solution - the Mods are hot-swappable, and changing them out is as easy as removing the cover from a phone, and putting a new one on. The whole process takes seconds. "People don't want to leave the Mods on all the time, only when they're using them," he says. "You're going to a cricket match, you put on the Hasselblad module for a couple of hours, take a few pictures, and then you take it off again." If the process is more complicated than that, the modules would end up just sitting in a drawer, unused, he believes.

That said, the company isn't ruling out such Mods in the future. The team reiterated that Motorola is committed to future proofing the mods, so future phones will follow the same dimensions and layout for the connectors, and current mods will remain usable. And it's possible that you'll be able to get a mod that makes your phone work faster in the future.

"We haven't really tried to do that ourselves, but technically, it should be possible, and if someone wants to make that, we don't have any problems with it," notes McDonnell.

Chicken and the egg problem
The catch is that the Mods themselves only work with the Moto Z (review) and Moto Z Play (review) phones. Although these are pretty good phones, the addressable market in terms of the number of people who have phones compatible with Mods is pretty restricted. At the same time, Motorola has only released four modules so far, and while it says it will continue to launch more modules, it will be no more than one or two a month, at best. That means that the number of modules available to entice people to buy the phones is limited.

It's a chicken and an egg situation, and that's where MotoCollide enters the picture. Although Motorola has worked with big names such as Hasselblad and JBL, and will continue to do so, it's hoping that with events such as this one, it can get small developers interested as well.

The way to create and sell a module is straightforward - buy an MDK from Motorola, prototype your idea, and follow the self-certification procedures. Once that's done, Motorola will verify your plans, and then it sells you a license as an official Mod. Motorola can also help developers find partners for manufacturing and distribution of the Mods, and would help with marketing too, McDonnell adds.

But would small developers in India want to commit precious funds to buy an MDK to start with? "As of now we're distributing the MDK to people who register with us," says Sharma. "We will need a project outline to determine how feasible your idea is, and if it looks like it can be done, then we'll give you an MDK." And in a few months, Motorola also plans to launch a Mod Store, to help highlight all these new products - a bit like Apple showcases MFi products.

From hackathon to product?
In theory, it sounds great. Keming Yuan, with the Mods team in China, explains that the MDK allows a variety of inputs, such as human interface devices (keyboard and mouse), a wide variety of sensors, battery, USB, camera, audio, display and so on. The MDK also has a card that can be used as a Raspberry Pi adapter, so you can plug in an existing project if you want.

To show how simple the MDK is, Yuan shows a small demo using a display card that's part of the MDK, where he attaches a small second display to the back of the module. This, he explains, could be used in a number of ways. For example, a developer might use this to create a selfie-screen, so users can take selfies with the rear camera of the phone. He then changes a few settings and turns it into a clock on the back of the phone. That might not be the most useful thing by itself, but there are clearly a lot of possibilities.

McDonnell says that apart from the Collide events, Motorola has also held hackathons in the US, and some interesting product prototypes have come up in the two-day events.

"There was this one module, where it builds a blood sugar monitor into the device, which would be very useful for a number of people," he says. Another example he gives is of a small printer that basically turns your phone into a Polaroid camera. Another idea was a gamepad that clips not to the back. Motorola is also running an Indiegogo program were modules approved by the company will be put up for funding, and he says that there has been a fair amount of interest in that as well.

At the same time, he points out that these are just prototypes right now. "The hackathons have been great and we've seen some really cool things," he says, "and if your idea is good, Motorola can help you turn it into a product, and you could have something to sell in six to nine months."