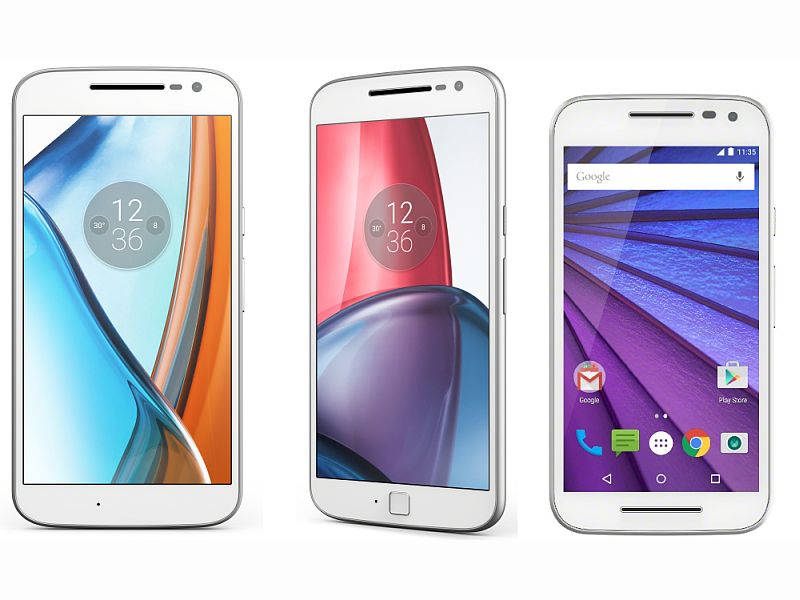 Motorola's Moto G series has been one of the most popular smartphone ranges in the company's lineup. The company last year claimed to sell 5.6 million units in the country buoyed led by strong sales of the Moto G series along with other Moto smartphones.

Under the hood, the last year's Motorola Moto G (Gen 3) featured a quad-core Qualcomm Snapdragon 410 (MSM8916) processor clocked at 1.4GHz with an Adreno 306 GPU. The new Moto G4 and Moto G4 Plus are powered by the same 1.5GHz octa-core Qualcomm Snapdragon 617 (MSM8952) processor coupled with an Adreno 405 GPU. The Moto G (Gen 3) came in 1GB and 2GB RAM options while the Moto G4 Plus comes in 2GB and 3GB of RAM options. Notably, the Moto G4 comes with just 2GB of RAM option.

On the screen front, the Moto G (Gen 3) came with 5-inch HD display while both the Moto G4 and Moto G4 Plus come with upgraded 5.5-inch full-HD display. In the camera department, the Moto G (Gen 3) and Moto G4 sport 13-megapixel rear camera with dual LED flash. The Moto G4 Plus, on the other hand, packs a 16-megapixel rear camera with advanced options such as laser auto-focus and phase detect auto-focus (PDAF). All the three smartphones support 5-megapixel front-facing camera.

One of the biggest highlight features of the Moto G (Gen 3) was its water resistant feature with IPX7 certification. Motorola however has gone back to its water repellent nano-coating capability on the Moto G4 and Moto G4 Plus smartphones.