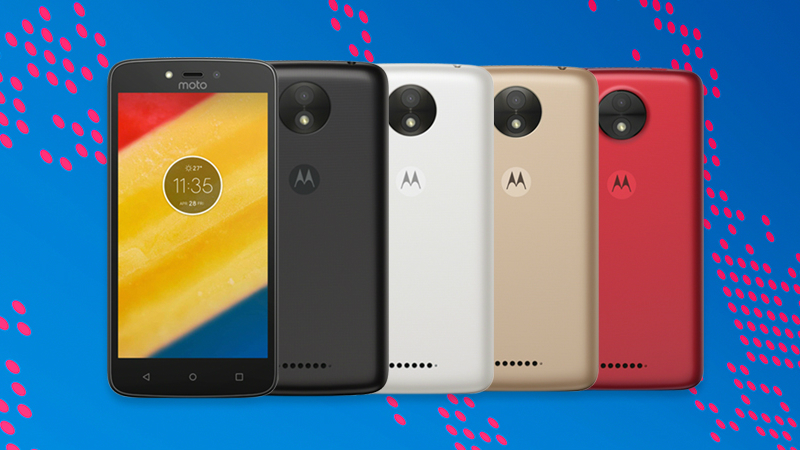 Missed out on technology news during the week? You've come to the right place to catch up on everything of note that happened. One of the big highlights of the week was the India launch of the Moto C with 4G VoLTE. After launching the smartphone in May, Lenovo launched the Moto C in India at Rs. 5,999, and it will be available via leading offline retailers in over 100 cities across India.

The entry level Moto C comes with 1GB RAM, and 16GB storage, along with 4G VoLTE support and dual-SIM (Micro-SIM) card slots. Aside from this, the company also announced that the Moto G5, and the Moto G5 Plus, will now be available offline. When launched, Motorola announced that the Moto G5 was an Amazon India exclusive, while the Moto G5 Plus was a Flipkart-only smartphone. However, Gadgets 360 learnt this week that that offline retailers have received stocks of the two phones as well, a development that was later confirmed by Lenovo.

Apart from this, Motorola was also in the news for the launch of the new Moto Z2 Play, along with new Moto Mods. The phone was launched in the US and comes with a Moto Voice Assistant, aside from the mods. The unlocked Moto Z2 Play will be priced at $499 (roughly Rs. 32,200) in the US, where it will go on sale this summer. There's no word on India launch/ release date yet, though a Moto event is taking place next week where the phone could make an appearance.

The Moto Z2 Play has a sleek metal unibody design, instead of the glass back seen on the Moto Z Play, but the connecting pins for the Moto Mods still sit at the back of the phone. It's powered by a 2.2GHz octa-core processor and either 3GB RAM or 4GB RAM depending on the variant you get. New mods launched alongside the Moto Z2 Play include a Turbo Power Pack which is a 3490mAh battery with fast charging, and a Moto GamePad, which also comes with a 1000mAh battery.

Micromax's Yu also made the news this week, with the launch of the Yu Yureka Black, priced at Rs. 8,999. The all-metal you Yureka Black has a 5-inch full-HD display, a 1.4GHz octa-core processor, and 4GB of RAM, along with 32GB of storage. There's a 13-megapixel rear camera, and an 8-megapixel front camera.

The new You Yureka Black will be going on sale exclusively via Flipkart starting midnight, June 6, in Chrome Black and Matte Black colour variants.

This week, we also got the launch announcement for the Essential Phone, from Andy Rubin, the 'father of Android'. The Essential Phone offers top of the line specifications, looks beautiful with respect to design, and comes in four colour options.

Essential Phone price starts at $699 (roughly Rs. 45,200), but you can buy it with a 360-degree camera for $749 (roughly Rs. 48,400). The Essential's 360 camera is the world's smallest 360-camera, and connects to the phone using a modular connector similar to the Moto Z. The phone - which is up for pre-order in the US - will start shipping next month, and will run on the open source Ambient OS.

Aside from this, there was the usual slew of rumours and leaks about the OnePlus 5. For one thing, the company announced a referral programme, ahead of the launch. OnePlus owners will be able to get discounts on accessories, among other benefits. Meanwhile, leaked renders of the OnePlus 5 tipped vertical dual rear-cameras, aside from narrow bezels, with the home button likely integrating a fingerprint scanner.

A camera sample from the OnePlus 5 was also teased, with a tweet from OnePlus putting two images side by side, asking users to guess which picture was taken with the OnePlus 5. The device is confirmed to be powered by the Snapdragon 835 SoC, and come in as many as four colour options.

According to a leaked internal mail, the OnePlus 5 will be launched on June 15. The phone will supposedly be powered by a Snapdragon 835 processor, and is expected to feature a 5.5-inch QHD display. The company says the OnePlus 5 will be the slimmest flagship, though it's not clear if that's in reference to other company's flagships, or compared to the OnePlus flagships. Pricing information has also been tipped, indicating a higher price than the OnePlus 3T.

First unveiled at MWC 2017, the Sony Xperia XZ Premium has another highlight feature apart from its top-end Snapdragon 835 SoC - its camera. The smartphone sports a 19-megapixel Motion Eye camera with a 1/2.3-inch Exmor RS memory stacked sensor that's capable of shooting videos at 960 frames per second.

Also launched this week was the Oppo F3 Black Limited Edition, priced at Rs. 19,990. Oppo launched the F3 smartphone earlier this month in India, in Gold. The Black Edition is the same phone, but in the black colour.

After the launch of Nokia 3310 in India last month, it seems HMD Global, which currently holds the right to manufacture and sell Nokia branded devices, is all set to launch the Nokia 3, Nokia 5, and Nokia 6. HMD Global on Friday started sending out the press invites for a Nokia event in India on June 13, and all the currently available information indicates that the company is planning to launch its 2017 smartphone lineup in the country.

HMD Global is also looking to bring out its high-end flagship smartphone, Nokia 9. This week, the phone showed up on the AnTuTu benchmark, showing that it has a QHD display, a Snapdragon 835 chipset, and 4GB of RAM. However, earlier this week a GeekBench listing found the Nokia to pack a whopping 8GB of RAM, so there is some uncertainty regarding that.

The Xiaomi Mi '6c' Jason was spotted on a GFXBench listing, showing the Snapdragon 660, and 6GB of RAM. The smartphone, dubbed Jason, has been spotted in benchmarks, and is believed to be a variant of the flagship Xiaomi Mi 6, called the Mi 6c. Xiaomi is yet to announce a launch date for its flagship Mi 6 in India, although its India head Manu Kumar Jain hinted that it will be announced in July.

And leaked iPhone 8 schematics showed some details, such as vertical dual cameras, an edge to edge display, and an optical fingerprint sensor. These leaks indicate that the front will be absorbed mostly by the display, with only the top lip spared to accommodate the selfie camera and sensors, and another leak claims that the Touch ID sensor will be integrated underneath the display itself.

These were the highlights of the week, but if you there was something that took place during the week that you thought was worth discussing, tell us, and the other readers, via the comments.