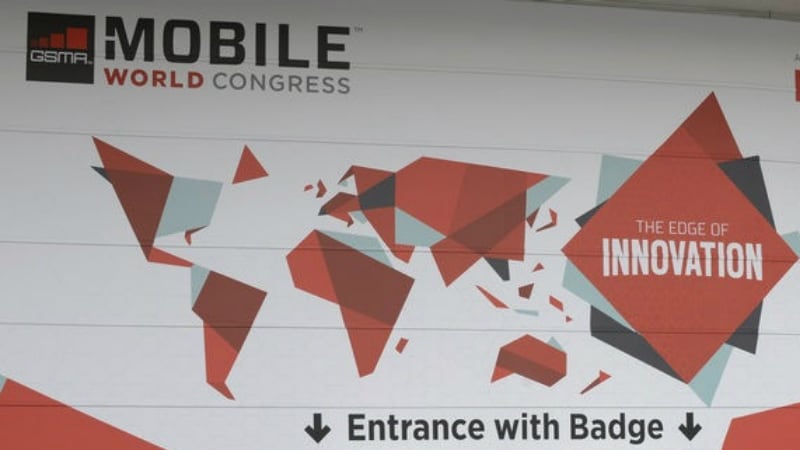 The mobile trade show of the year, Mobile World Congress (MWC) 2017, but that hasn't stopped major brands from building up the hype leading up to their individual launches, before the event starts in Barcelona. If you are not sure of what to expect from MWC 2017, you need not worry. We are at the event and will bring you regular updates of the hottest smartphones, tablets, and wearables showcased at the mobile expo. Scroll down to see the biggest announcements to look forward to at MWC 2017.

While MWC 2017 starts on February 27 and ends on March 2, the likes of Samsung, Nokia, Moto, LG, Huawei, BlackBerry, Oppo, and Gionee are scheduled to launch smartphones, tablets, and wearables a day or two before the actual event flags off. Even India-based telecom upstart Reliance Jio is also hosting an event at the MWC 2017.

The Nokia MWC 2017 event is expected to grab the most eyeballs, as rumours of the iconic Nokia 3310 getting a reboot are flying about. But that’s not all you can look forward to, as HMD Global – which holds rights to the Nokia brand on mobile devices – is also expected to showcase the flagship Nokia P1, as well as Nokia 3, and Nokia 5 budget Android phones at the MWC 2017 event.

The Nokia 3310 reboot is expected to stick to its feature phone roots, and run the Series 30+ user interface that was last on the Nokia 150 launched in December 2016. The upcoming phone is said to have  basic multimedia features and come with swappable faceplates in multiple colours. The design is said to remain similar to the original's but be a little slimmer and weigh a little less; it is also said to have a slightly bigger screen, and the physical alphanumeric keyboard's key size and key structure may be changed.

A concept video of the device reimagines the Nokia 3310 with a rear camera, 1.5-inch colour screen, and support for FM radio, but we will have to wait till the Nokia MWC 2017 event to see if these actually make it to the rebooted feature phone. Rumours suggest that Nokia 3310 reboot will be priced at EUR 59 (roughly Rs. 4,000), positioning it as a secondary phone for the nostalgic Nokia fans.

Nokia P1 is the long-rumoured flagship Nokia Android phone that may officially be launched with the name Nokia 8. The Android 7.0 Nougat-based Nokia 8 is said to have a 5.3-inch display with Gorilla Glass 5 on top, 128GB and 256GB storage options, 6GB RAM, 22.6-megapixel rear camera with Zeiss optics, 3500mAh battery, and IP57 certification for dust- and water-resistance. The smartphone is said to run on Snapdragon 835 chipset, but since Samsung Galaxy S8 has been confirmed to be the first smartphone with the upcoming processor, we will have to wait and see how HMD Global handles the launch. A Nokia 8 listing on JD.com in China pegged the device’s price at CNY 3,188 (approximately Rs. 32,000).

Along with the phones, HMD Global is also expected to announce the global availability of the Nokia 6, which is officially available only in China. The Nokia MWC 2017 event will be live streamed on the official Nokia Facebook page and YouTube account, the company has confirmed.

Lenovo is hosting its MWC 2017 launch event on February 26, where the Moto G5 and Moto G5 Plus affordable smartphones will be in focus. Both smartphones have leaked online a number of times in the weeks leading up to MWC 2017, giving us a fair look at the smartphones as well as their specifications.

Both Moto G5 and Moto G5 Plus are said to have several key features in common, such as the full-HD screen resolution with Corning Gorilla Glass 3 layer for protection, Android 7.0 Nougat out-of-the-box, and support expandable storage via microSD card (up to 128GB). The two smartphones are also said to have the fingerprint sensor in front, 2GB and 3GB RAM options, 5-megapixel selfie camera, and water repellent coating.

Leaked Moto G5 and Moto G5 Plus images suggest that both handsets are shedding their plastic roots and getting upgraded metallic bodies with Lenovo branding on the side panels. A report also says that Moto G5 will cost less than its predecessor, and will be priced between EUR 189 and EUR 209 (roughly Rs. 13,500 and Rs. 15,000), depending on the RAM option.

Samsung is heading to MWC 2017 too, but you will be disappointed if you are looking forward to Galaxy S8 or Galaxy S8+. Instead, the South Korean titan is expected to launch the Samsung Galaxy Tab S3 flagship Android tablet at the event. Leaked details of the upcoming device suggest that it will have a 9.7-inch display with resolution of 2048x1396 pixels, Android Nougat, Snapdragon 820 processor, 4GB RAM, 12-megapixel rear camera, 5-megapixel selfie camera, and 32GB in-built storage. The Samsung Galaxy Tab S3 is said to be just 5.6mm thick, and support 4G LTE and Cat. 6 download speeds. Price of the Samsung Galaxy Tab S3 is pegged at $580 (roughly Rs. 39,000).

For the fans out there, Koh Ding-jin, Samsung Mobile’s chief, has confirmed to a South Korean publication that the company will announce the launch date of Galaxy S8 and Galaxy S8+ at its MWC 2017 event. A one-minute teaser of the upcoming flagship smartphone is also expected to be released at the event.

Ahead of the official LG G6 launch at MWC 2017, the South Korean company has been working hard on building up hype for the smartphone. Official teasers have hinted that the LG G6 will be dust- and water-resistant, sport a FullVision display with new UX 6.0 user interface, and dual 13-megapixel rear cameras.

Huawei P10 is said to come in three variants, with 32GB, 64GB and 128GB storage options and 4GB and 6GB RAM options. However, the higher-up model may actually be the Huawei P10 Plus, who leaked images suggest that it will have dual curved edges on the sides.

Along with these, the Huawei Watch 2 will also make an appearance at the MWC 2017 event. Huawei Watch 2 is expected to run Android Wear 2.0 software and feature a SIM card slot for cellular data support.

Gionee has confirmed that it will launch the A1 and A1 Plus smartphones at its MWC 2017 event, whose tagline is ‘Inspiring Your Smile’.

Leaked Gionee A1 specifications suggest that the smartphone features a 5.5-inch full-HD screen with 2.5D curved glass design and Gorilla Glass protection, octa-core 1.8GHz MediaTek processor, 4GB RAM, 13-megapixel camera on the back, 16-megapixel camera in front, and 4010mAh battery with fast-charging support. The Gionee A1 leaked image shows the smartphone has a Home button in the front, while the fingerprint sensor is said to be on the back. The smartphone is said to have 64GB internal storage, microSD card support, and Infrared. It will reportedly be priced at NPR 35,999 (roughly Rs. 22,500).

Oppo has sent out invites for an MWC 2017 event where it will unveil the "5x" smartphone technology. The event invite bears taglines such as ‘Go 5x Further’ and ‘So Close You Can Feel It’, suggesting that a new type of the optical zoom tech may be announced by Oppo.

Sky Li, Vice President of Oppo and the company’s India head, said, “Oppo's relentless pursuit of perfection without compromise has given birth to a remarkable technological breakthrough that will change how the world perceives smartphone photography. This remarkable achievement is the result of an extensive, year-long R&D process, combined with Oppo's unparalleled expertise in smartphone imaging technology.”

Reliance Jio, the telecom upstart whose user base recently crossed the 100-million mark, will host an MWC 2017 event in collaboration with Samsung on February 28. The event is being held to “foster engagement and participation among industry leaders, governments, and communities, by discussing Jio's successful 4G LTE business and how it has transformed the everyday lives of 1.3 billion Indians.”

The event is likely a platform for Reliance Jio to promote itself in the global arena, and an announcement regarding the company’s international expansion plans may be made. The Relaince Jio MWC 2017 event invite says that the company will also share Samsung’s contributions as a solutions partner for the telco. It adds, “We hope for this to benefit participants in understanding how we have and will make impacts at local and international levels for the growth of the industry.”