Micromax Plans to Double Down on Online Exclusives in 2016 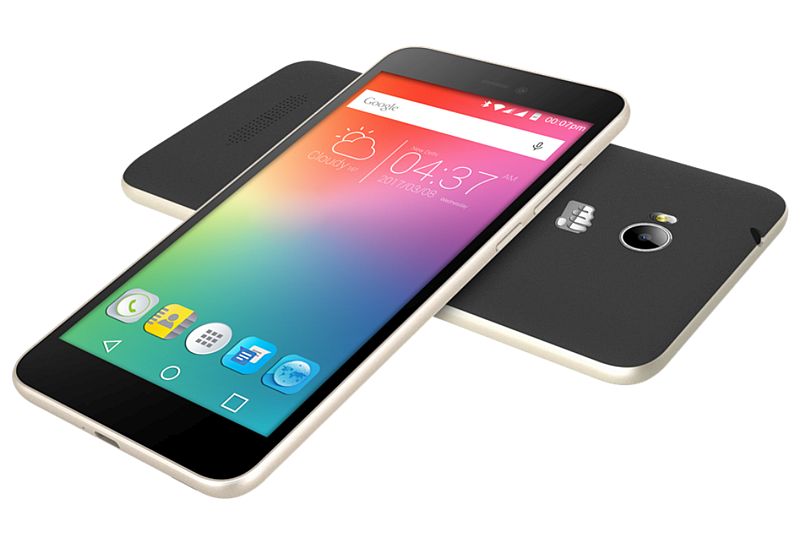 Indian brand Micromax plans to be aggressive in its online smartphone strategy this year, according to a company spokesperson. Micromax on Wednesday unveiled its latest Spark-series device, the Canvas Spark 3. Like previous Canvas Spark smartphones, the Spark 3 will be available exclusively via Snapdeal.

At the launch, Gadgets 360 sat down with Shubhajit Sen, Chief Marketing Officer, Micromax to talk about the company's plans for 2016. Sen stressed that Micromax will be focusing on bringing more "exclusive" smartphones to online platforms.

Sen said the FirsTouch Launcher, which was earlier seen on the Canvas Spark 2, is a highlight of the handset. The feature lets users translate by just swiping right to translate, or left to transliterate. Similar to previous handsets in the series, the Micromax Canvas Spark 3 also supports multiple regional languages. He also acknowledged that while affordable devices such as the Spark or the Juice series of phones usually don't receive OS updates, this is something that Micromax is working on, and that its goal is to make phones in the segment future proof and upgradeable.

"The launch of the Canvas Spark 3 is part of a larger story. Because there will be a series of online exclusive models that will come through. Some with Snapdeal under the Canvas Spark range but also with other platforms," said Sen, though he declined to specify the partners that Micromax has lined up.

However, he also talked about how the e-commerce players wooed smartphone buyers through "great deals." He said that the company's online strategy will try to target every buyer in a different way, with a different set of products. Last year, Micromax revealed plans to manufacture all of its phones in India by 2018. Sen said that the company was indeed on track to meet the deadline.

Micromax had unveiled the Canvas Spark (Review) smartphone around the same time last year and priced it below Rs. 5,000. The Canvas Spark 2 was priced even more aggressively at Rs. 3,999 and went on sale in September last year. The company had claimed in November that it sold more than a million Canvas Spark series smartphones. The new device, the Canvas Spark 3, is again priced at Rs. 4,999, remaining in the sub-Rs. 5,000 segment. Sen added that one of the major use cases the company saw with the original Canvas Spark was media consumption.

He also told us that Micromax has, so far, sold nearly 1.5 million Canvas Spark series smartphones. He also went to add that 80 percent of Canvas Spark sales came from non-metro cities. "We were probably the fastest to get to a million phones sold within six months," he added. The Micromax Canvas Spark also made it to Google India's most searched mobile device list in 2015.