All three phones have a hole-punch display design 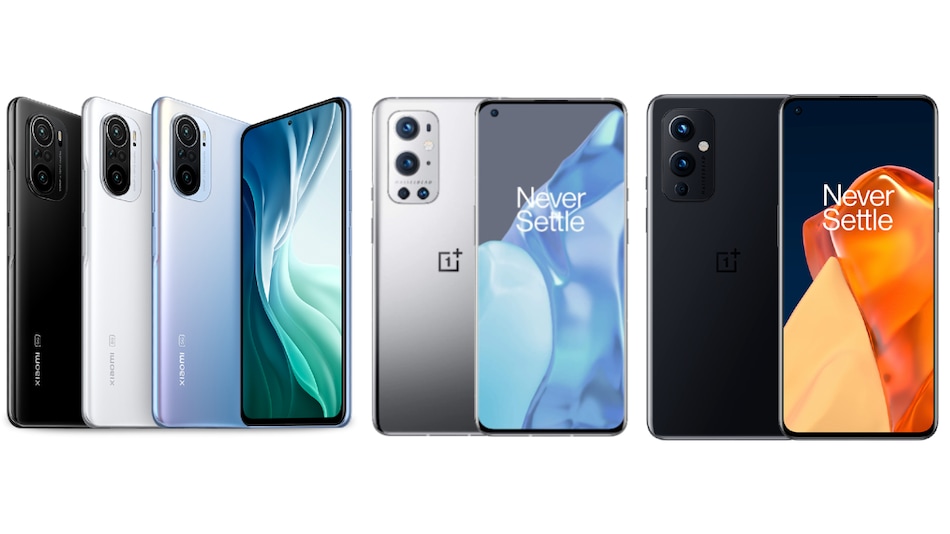 Mi 11X Pro is the latest smartphone from Xiaomi and comes with flagship-level specifications and features. The phone is powered by a Qualcomm Snapdragon 888 SoC and has a triple rear camera setup. In the Indian market, this model in the Mi 11X series will compete with the OnePlus 9 Pro and OnePlus 9 phones. All three phones come with multiple rear cameras and a hole-punch display design. The Mi 11X Pro, the OnePlus 9 Pro, and the OnePlus 9 also feature a 120Hz refresh rate display.

We compare the newly launched Mi 11X Pro with the OnePlus 9 Pro and the OnePlus 9 to note the differences between the three phones and help our readers make an informed purchase.

The OnePlus 9 Pro starts at Rs. 64,999 for the 8GB RAM + 128GB storage configuration. The phone also has a 12GB RAM + 256GB storage model that carries a price tag of Rs. 69,999. It comes in Morning Mist, Pine Green, and Stellar Black colour options and is available via Amazon.in and OnePlus.in.

All three handsets are powered by a Qualcomm Snapdragon 888 SoC paired with up to 256GB of storage options. The Mi 11X Pro features 8GB of RAM, whereas both the OnePlus models offer up to 12GB of RAM.