The biggest hurdle is the absence of semiconductor wafer fabrication units, or fabs, in the country. 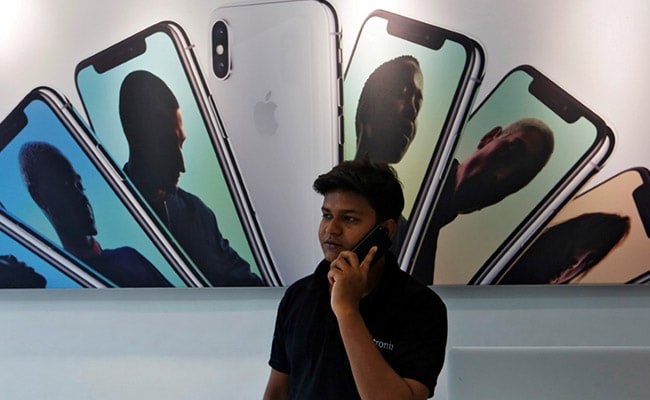 The escalating COVID-19 crisis and the recent border clash have led to a rise in anti-China sentiments in India. Trends to boycott Chinese products have plagued social media in the recent weeks, and while the tweets are a great example of patriotism, India is far from being self-reliant when it comes to consumer electronics manufacturing – especially smartphones. The smartphone segment in India is particularly dominated by Chinese brands. Gadgets 360 spoke to industry experts who explained why it's not possible — yet — to 100 percent make a smartphone in India. The country has several hurdles to cross before it can start building good-quality smartphones from scratch, but analysts feel that if the right steps are taken immediately, the country could reach its goal five to seven years from now.

Possibly the biggest hurdle to 100 percent Make in India for smartphones is the absence of semiconductor wafer fabrication (FAB) units in the country, also just called fabs, says industry veteran Anuj Sharma. He says that the biggest challenge for India will be to set up silicon foundries or fabs. He cites Wikipedia to say India has only one fab, one that operated by ISRO and fabricates chips on a 200nm process. Fabs make semiconductor chips - an essential component found in smartphones, tablets, and even PCs of today. Sharma says there are only a few fabs in the world, and the leading ones – TSMC and UMC - are in Taiwan.

It takes billions of dollars of investment to build these foundries, and setup costs for TSMC's 28nm fab was $9.3 billion in 2010, and reports for same company's costs for its upcoming 3nm fab to be $23 billion. Even with the right investment though, building up this ecosystem will take time.

Research Director - Devices and Ecosystem, IDC India and South Asia, Navkendar Singh told Gadgets 360, “India needs to graduate from the low end of the value chain to upstream parts of the manufacturing value chain like FAB setups, display panels. These are some of the most critical, high value and specialized parts of the smartphone manufacturing which calls for long term commitment (read 20 to 30 years) , billions of dollars of capital expenditure and operational expenditure, readily available uninterrupted resources like water, electricity and highly skilled workforce.” Singh adds that even if India starts to act immediately and attracts global companies to set up base in India, it could take about five to seven years from now, for manufacturing 100 percent of the smartphone in India.

While building silicon chips is one big hurdle, Founder and Chief Analyst at techARC, Faisal Kawoosa feels that India needs to work towards pushing local brands and help them emerge successful in the global space. “We are not doing much for our local brands. We have to do an extra bit for them to help them grow and emerge as successful brands in the smartphone space.”

“The government has to create a special package within the overall schemes that helps local brands grow and compete with global brands,” Kawoosa told Gadgets 360.

Counterpoint Research Analyst, Mobile Devices and Ecosystems, Varun Mishra also feels that support of the government is vital, especially in these times, “In the current global scenario, India is in a uniquely favourable position to benefit from China +1 strategy. It will not be an overnight shift from China to India, but companies will scale up their investments in India and reduce some exposure from China. India is gradually becoming a premier destination for the manufacturing supply chain.”

Mishra adds, “To harness this potential, the ecosystem players in India need to invest locally with the support of the government. The focus needs to be on multiple fronts like policies, incentives, trade deals with other regions, labor costs, and infrastructure. We have an edge on some factors like labor costs but work still needs to be done on other fronts. Facilities like a single point of contact for all clearances to set up a business will also help in ease of doing business and attracting players. The upfront investment could be huge, but the overall benefits of building a local ecosystem will far outweigh the cost in the longer term.”

Rajeev Singh, partner and leader, automotive, Deloitte India asserts further, “Today, India needs to create large parks for manufacturing of electronic goods and some of the capital equipments required are very expensive. To cater to this, entrepreneurs will need soft funding along with other incentives while importing these capital assets. These realities will call for a far larger and comprehensive policy to reposition India towards manufacturing 2.0.”

Kawoosa adds that another core area that the country lacks in is research and development. “We are almost zero on core R&D, product development and design. I think here the government could announce a special support, say for instance inviting only local brands to invest in a R&D park where the government matches the funding raised by the local OEMs. This centre could act as the hub for R&D and Indian OEMs could synergise and leverage from each-other's strengths,” he envisions.

Mishra from Counterpoint also feels that R&D dependency is likely to remain with overseas markets like China, Korea, and Taiwan which have pioneered the segment through long term investment in R&D and the local manufacturing ecosystem.

These are just some of the main hurdles that India faces in becoming completely self-reliant in smartphone manufacturing. Kawoosa says that the country lacks technology know-how, has shortage of advanced skills, and much more. He also feels that big-wigs like RIL, Mahindra, and Tata should venture into electronics manufacturing as they are well equipped to pump money to build the infrastructure required to create a globally competitive smartphone brand.

To build a smartphone requires several components to come together, and age-old veterans like Apple and Google still rely on companies in different geographies and regions. The smartphone component supply chain is highly interdependent and therefore to manufacture a smartphone in one country is not something that can be achieved easily.

Deloitte's Singh adds, "Whilst we don't have the required technology for chip manufacturing, manufacturing of display screens, manufacturing of sensors, etc. it's important to realise that these are all very high tech components and we need to attract players in the entire ecosystem of product manufacturing and not just the assemblers. Else we will only end up with large assembly units but the core parts will continue to be imported."