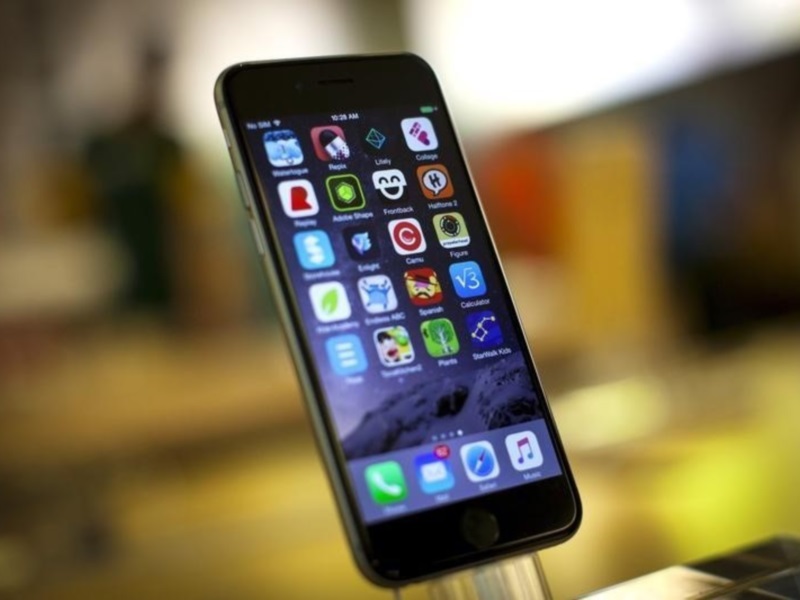 By adding a more realistic sense of touch to its iPhone, Apple Inc may have conquered a technology that has long promised to take us beyond merely feeling the cold glass of our mobile device screens.

In its latest iPhones, Apple is expected to include what it calls Force Touch, allowing users to interact more intuitively with their devices via a pressure-sensitive screen which mimics the feel and response of real buttons.

In the long run, the technology also promises new or better applications, from more lifelike games and virtual reality to adding temperature, texture and sound to our screens.

"Force Touch is going to push the envelope of how we interact with our screens," says Joel Evans, vice president of mobile enablement at Mobiquity, a mobile consultancy.

Apple hasn't disclosed what it will announce at an event on Wednesday, but reports have said it will unveil new iPhones incorporating a version of the Force Touch technology already in some laptop touchpads and its Watches. Apple declined to comment.

As with previous forays, from touch screens to fingerprint sensors, Apple isn't the first with this technology, but by combining some existing innovations with its own, it could leverage its advantage of control over hardware, interface and the developers who could wrap Force Touch into its apps.

"Here we go again. Apple's done it with gyroscopes, accelerometers, they did it with pressure sensors, they've done it with compass, they've been great at expediting the adoption of these sensors," said Ali Foughi, CEO of US-based NextInput, which has its own technology, trademarked ForceTouch. "Apple is at the forefront."

Touchy feely
Haptic technology - a tactile response to touching an interface - isn't new, even in mobile devices. Phones have long vibrated to alert users of incoming calls in silent mode, or when they touch an onscreen button.

But efforts to go beyond that have been limited.

BlackBerry incorporated pressure sensing into its Storm phone in 2008. And Rob Lacroix, vice president of engineering at Immersion Corp, said his company worked in 2012 with Fujitsu on the Raku-Raku Smartphone, an Android phone that could distinguish between a soft and firm touch to help users unfamiliar with handheld devices.

But most efforts have been hamstrung by either a poor understanding of the user's needs, or technical limitations. A vibrating buzz, for instance, has negative connotations, causing most people to turn off any vibration feature, says James Lewis, CEO of UK-based Redux, which has been working on similar touch technology for several years.

The technology powering vibrations is also primitive, he said, meaning there's a slight delay and a drain on the battery. Early versions ofpressure-sensing technology also required a slight gap between screen and enclosure, leaving it vulnerable to the elements.

Apple seems to have solved such problems, experts said, judging from their trackpads and the Watch. Indeed, the trackpad carries the same sensation of a physical click of its predecessors, but without the actual pad moving at all.

The result: In the short term, Force Touch may simply make interacting with a screen more like something we'd touch in real life - a light switch, say, or a physical keyboard. With Force Touch, the device should be able to tell not only whether we are pressing the screen, but how firmly. It should in turn respond with a sensation - not just a vibration, but with a click - even if that click is itself a trick of technology.

"What we're going to see initially is putting life back into dead display," said Redux's Lewis. "We just got used to the cold feel of glass."

Hard pressed
To be sure, mobile is not the first industry to flirt with haptics.

For example, for car drivers, Redux demonstrates a tablet-like display which creates the illusions of bumps and friction when you run your fingers over the glass, mimicking physical buttons and sliders so your eyes don't need to leave the road.

Mobiquity's technical adviser Robert McCarthy points to several potential uses of Apple's technology - measuring the force of touch when entering a password, say, to indicate how confident the user is of their selection, or keying in a numeric passcode using different pressure levels as an extra layer of security.

While Apple's adoption of the technology has awoken the mobile industry to its possibilities, it was pipped to the post by Chinese handset maker Huawei, which this month unveiled one model with what it also tagged Force Touch technology. Pressing harder in a photo app, for example, allows you to zoom in on a picture without the usual two-finger spread.

"This is just the beginning for Force Touch," he said.