iPhone 8: What a Switch to AMOLED Screen Could Mean for You 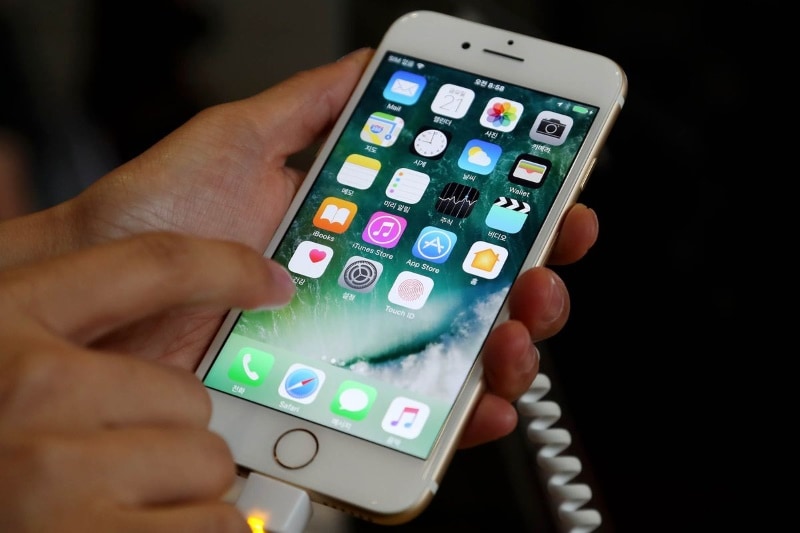 Early excitement about the next generation of the iPhone is building months ahead of an expected fall debut. Analysts expect Apple to release three iPhones this year, but the one getting the most attention is a rumoured super-premium model to celebrate the iPhone's 10th anniversary. And, for that phone, Apple is expected to change the type of screen the iPhone uses.

Now, you say, "The type of screen? I'm really supposed to get excited about that?" And I hear you. But when you consider how much time you spend looking at a phone screen, this could be a meaningful change. So, here's a quick look at what you need to know about what it means if Apple switches from its current liquid crystal display (LCD) screens to a type of organic light-emitting diode (OLED) screen called AMOLED.

The essential difference between an LCD screen and an AMOLED one is the presence of a backlight. The LCD screens currently on Apple's phones have a backlight that's always shining behind the screen. AMOLED screens, however, don't need this additional layer; the pixels that make up the images on the screen light up whenever electricity passes through them.

Thanks to that difference, AMOLED screens can be very thin, which means you can make thinner products. They also naturally provide more vivid colors, which is a reason that television makers have been pushing OLED in its various forms for their big screens. AMOLED screens, in particular, boast even greater control over each individual pixel - which means better contrast for the viewer. In certain situations, these screens can also improve battery life. Because there's no backlight, AMOLED screens can be more energy-efficient when the user is viewing darker subjects, allowing the phone to shut off pixels and stop drawing power.

So why hasn't Apple switched to AMOLED yet? After all, Apple competitors such as Samsung and LG already have these screens on their smartphones.

LCD screens have their own advantages, of course, otherwise Apple wouldn't have stuck with them for so long. In general, they produce truer-to-life colors than AMOLED screens. They also tend to be easier to see in direct sunlight than AMOLED screens, and are brighter overall thanks to the backlight. In my opinion, Apple's LCD screens are also easier to see from multiple angles than AMOLED-screen smartphones - although it can depend on the device. LCDs are also cheaper to produce.

It's also not that easy to make the complex AMOLED screens, particularly on the scale that Apple makes iPhones. That could explain why most Apple fans expect that only the highest-end phone will have the new screen. Some analysts have cautioned that, even with just one of the three expected models changing technology, there still may not be enough iPhones with the new screens to meet demand.

And then there's the cost. The switch to AMOLED has also been cited as a reason that the price of the high-end iPhone may jump above the $1,000 mark. Beauty, even in a mass-produced world, does not come cheap.

Still, the expense may be worth it, especially as people shoot more photos and videos. Social media and streaming services are now some of the biggest reasons we use our smartphones, and Apple knows that. In fact, Apple is even making its own shows - which it may suggest would look great on a shiny new iPhone.