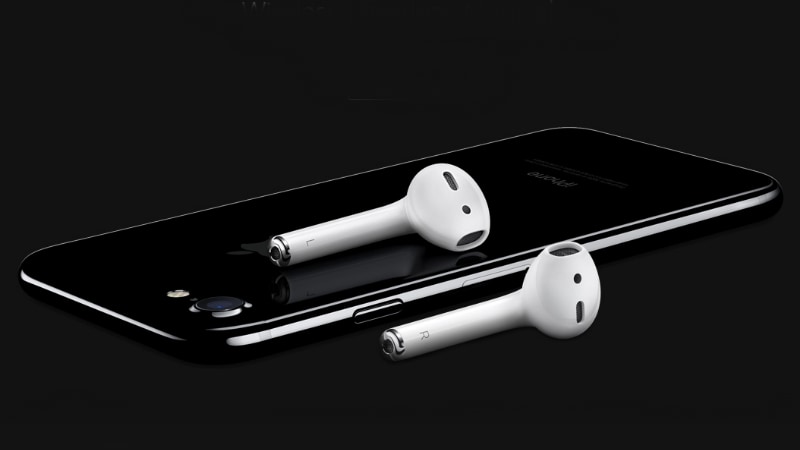 Apple finally put months of rumours to rest and unveiled the iPhone 7 and iPhone 7 Plus officially. The smartphones saw minimal changes in the outer design, but big iterations internally. The big highlight was letting go of the 3.5mm headphone jack on both the smartphones. Apple also unveiled the new wireless AirPods at the event, and called it 'the product that will usher in the era of wireless audio'.

The smartphones are launching in India on October 7, and are priced starting at Rs. 60,000. There's a lot that is new on the table with the iPhone 7 and iPhone 7 Plus, and we take a look at all the fresh features introduced on the two smartphones.

3. Camera
Apple has upgraded the camera on both the iPhone 7 and iPhone 7 Plus. Beginning with the iPhone 7, the company has introduced optical image stabilisation to make handheld photography better. The camera has been bumped up to 12-megapixel high-speed sensor that Apple claims is 60 percent faster and 30 percent more energy efficient than the previous one. It sports a six-element lens, and a wider f/1.8 aperture which Apple claims captures 50 percent more light. This is also the first Apple smartphone to sport a Quad-LED True Tone flash, that Apple claims puts out 50 percent more light and reaches 50 percent farther. It also comes with a unique flicker sensor, which reduces the flickering of artificial lightning to make photos and videos look better. Lastly, the iPhone 7 camera now supports RAW camera API, and wide colour capture API.

The iPhone 7 Plus gets introduced with two 12-megapixel cameras accompanied by the same Quad-LED True Tone flash. The first one has a wide-angle 28mm lens and is the same is the iPhone 7 lens, and the other is a Telephoto 56mm lens to enable 10x optical zoom. The front camera on the iPhone 7 and iPhone 7 Plus also sees a bump to 7-megapixel FaceTime HD camera for selfies and FaceTime video calling.

4. Lightning EarPods
The rumours were true. Apple did ditch the 3.5mm headphone jack on the iPhone 7 and iPhone 7 Plus. Calling it ancient technology, the tech giant looks to usher in new ways to listen to audio. In a bid to change the current gold standard for audio, Apple now wants users to listen to audio via the Lightning port or simply go wireless. To that effect, the company has announced that it will bundle Lightning EarPods within the box. For all those users who love their current 3.5mm audio headphones, Apple is bundling a Lightning-to-3.5mm headphone adapter free of charge as well.

5. AirPods
Apple really wants the world to move to wireless audio. Senior VP of Marketing Phil Schiller introduced the company's first home-grown wireless earphones called AirPods. The AirPods are two small buds that fit into ears and hang in there. It comes with built-in microphone for calling purposes, and infrared sensors that only play music when they are fit in the ears. In-built motion accelerometers respond to touch, making different taps enable different functions - like starting Siri (double tap) or picking up a call. Each bud of the AirPods provides five hours of listening on a single charge, and the compact wireless charging case delivers 25 hours of charge. There's an intelligent Apple-built W1 wireless chip that connects the AirPods with all Apple devices seamlessly using a "Bluetooth-like" technology, and it also allows you to instantly switch between multiple devices. In India, these AirPods will be sold for Rs. 15,400.

(Also see: Why You Should Be Excited About iPhone 7, 7 Plus)

6. Apple A10 Fusion SoC
The iPhone 7 and iPhone 7 Plus are integrated with the new Apple A10 Fusion 64-bit quad-core chip. Apple claims that the new processor is 40 percent faster than the A9 processor last year, and is almost double the speed of the A8 processors. It features four CPU cores, with two of those high-performance cores and two energy-efficient cores for low-power apps that run in the background. It also bears a hexa-core GPU that's supposedly 50 percent faster than the one on the Apple A9.

9. Black and Jet Black Colour Options
Again, as the rumours suggested, Apple has introduced two new colour options with the iPhone 7 and iPhone 7 Plus. There is a new Black colour variant, which features a matte finish and dons a shiny Apple logo. The other Jet Black Colour option is only exclusive to the 128GB and 256GB variants, and sports a more glossy finish. The Gold, Silver, and Rose Gold colour options remain.

10. Force Touch Home Button
The physical press of the Home Button has been removed, and Apple has re-engineered it to a solid state capacitive Home Button that reacts to pressure. It comes with Apple's Force Touch technology, and now performs different functions depending upon the pressure you apply to it. It also comes with vibration-based Taptic feedback system that is seen on new MacBook laptops. The Taptic engine vibrates in unique way to give feedback to users. The feedback is responsive to ringtones, quick actions, messages, and notifications as well.