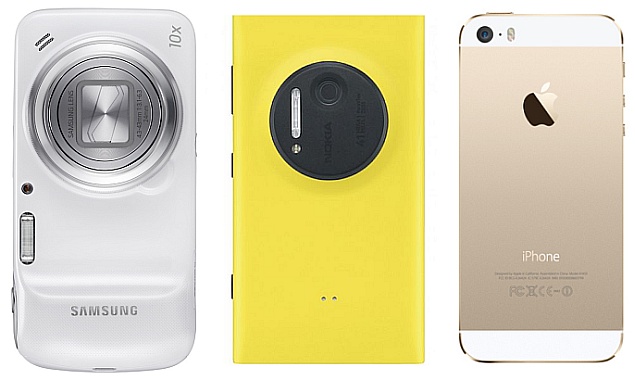 I used to cringe when I'd see people capturing precious memories with their smartphones. Although most smartphones have megapixel counts similar to what stand-alone cameras offer, they have been inferior in lens quality and manual controls. Images have never been as good until now.

Over the past two months, I've shot more than 3,000 test photos in four states using nine camera phones, a point-and-shoot camera and a high-end, single-lens reflex camera (also known as an SLR). None of the smartphone cameras are good enough to replace a $1,000-plus SLR, but I'm surprised how well some of the phones did, particularly in low-light settings that challenge even the best cameras.

The Lumia 1020 squeezes a lot of camera innovations into a small device. It can take photos as large as 38 megapixels, which means you can crop the image to a quarter its size and still have enough detail for large poster-size prints. With smaller files, you're limited to smaller prints when you crop.

The 38 megapixels is about three times the 13 megapixels on Samsung's regular Galaxy S4 and nearly five times the 8 megapixels on the iPhone 5s and iPhone 5c (Review). It's also more than what many SLR and point-and-shoot cameras offer. The downside: The Lumia runs Microsoft's Windows system, which has relatively few apps from outside parties. 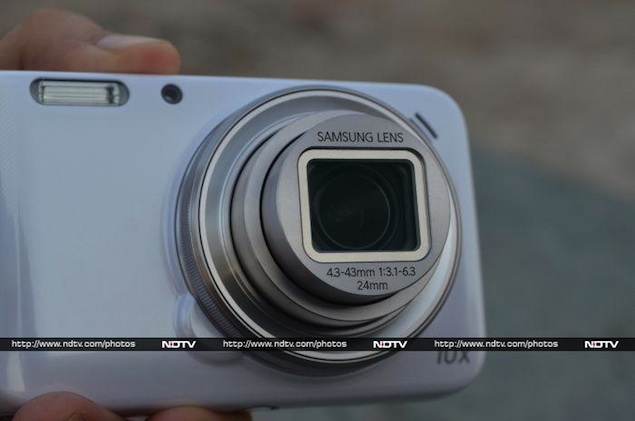 The Galaxy S4 Zoom works much like other Android phones from Samsung, except that it has a real (optical) zoom lens, offering up to 10 times magnification. Other camera phones have digital zoom features, or magnification using software, but all that does is blow up shots without boosting clarity. With the optical zoom found in the Zoom and stand-alone cameras, you retain the sharpness as you zoom in. The Zoom's 16 megapixels is better than most phones. The downside: It's not available in the U.S. yet.

The iPhone 5s, meanwhile, has a better camera than last year's iPhone 5. The resolution remains at 8 megapixels, but the camera is able to sense light better because individual pixels are larger and the shutter can open wider. The downside: It's behind in megapixels.

Many of the differences in images are subtle, but every bit helps when making prints or viewing on bigger screens.

Low light shots
The Lumia is the most consistent of the three at getting good night and indoor shots. Friends have marveled at photos I've taken in bars without the flash.

Using a technique called oversampling, the Lumia squeezes 38 megapixels worth of data into a 5-megapixel image, a size more manageable for sharing. What that also does is combine the small amount of light from multiple pixels into one, resulting in better lighting. An image stabilizer compensates for shaky hands. 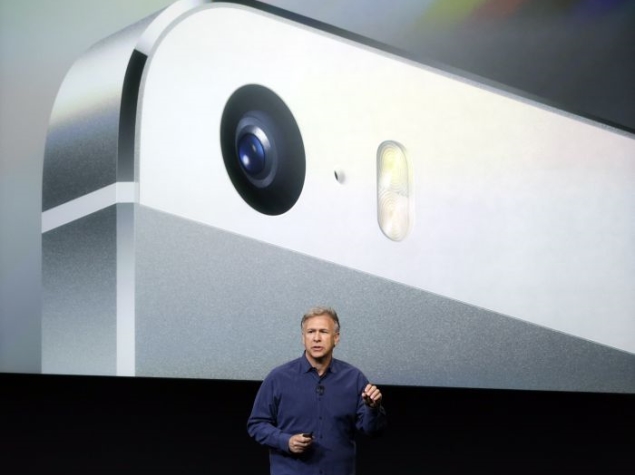 Apple takes a different approach with the 5s. Instead of adding more megapixels, it makes each pixel larger - 1.5 microns, compared with 1.12 microns on the Lumia. The new phone also has an image stabilizer and a wider shutter than previous models. Its flash produces two bursts of light at once, each slightly different in colour and automatically adjusted to match ambient lighting. It is a technique I have never seen before in a camera - phone or otherwise - and results in better skin tones and more natural colours.

A photo of my Sunnyvale hotel's illuminated sign in the distance came out sharp on the 5s. Many cameras overcompensate for low light by making the few points of light too bright. With some cameras, the "O" in "Sundowner" didn't look like an "O" but a solid dot. The 5s kept the letters clear. The Lumia also did that and went further than the 5s in keeping the darker parts of the hotel building looking good, too.

Distant shots
The Zoom wins hands down on this one.

Nokia talks about "reinventing zoom." Even as the Lumia squeezes all those pixels into a 5-megapixel image, it retains the full version for you to crop and blow up later. One nice touch: Even if you use the camera's digital zoom to focus in on a subject, it still retains the rest of what the camera sees. Other cameras throw out that data. So your 5-megapixel version will focus in on what you want to quickly share, but you can go back to the larger version to discover something you might have missed in the surrounding area.

But digital zoom is digital zoom and won't replace what a real zoom lens can do. Among the three phones, only with the Zoom was I able to make out faces of band members at a recent concert in New York. 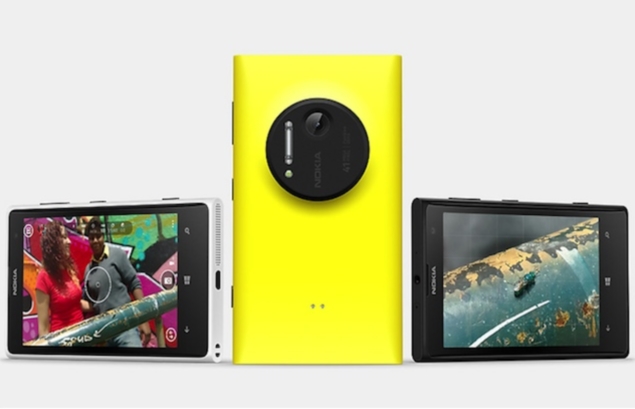 Everyday shots
Both the Lumia and the Zoom offer a greater range of manual controls than typical camera phones. A Grip attachment for the Lumia also has a hole for screwing the phone onto a tripod. But if I'm going to take special shots requiring manual controls or a tripod, I'm also likely to have my SLR, which has a powerful lens that can't possibly be squeezed into any smartphone.

I came to appreciate the iPhone's camera while taking some close-up shots of bees pollinating a bed of flowers. The bees were moving too quickly for most of my cameras, including the SLR, to get decent, focused shots. But the iPhone 5 and later the 5s somehow managed.

The Lumia also wasn't practical for frequent shots. With a lot of megapixels to store, it takes time for the camera to be ready for the next shot. There was also a delay in capturing shots. I tested the various cameras by shooting moving vehicles. With the Lumia, cars meant to be in the center were near the edge or out of the frame by the time the image was actually captured.

As for the Zoom, it's too bulky to carry around. Even with the lens receded, the Zoom is still more than three times thicker than the iPhone at the thickest point, the lens.

The upshot
The iPhone 5s isn't always as good as the Lumia in low-light settings or the Zoom for far-away shots. It also can't match the SLR for special shots that need manual controls.

But it doesn't matter if the iPhone won't always give you the best picture as long as it's the best at giving you good pictures consistently.