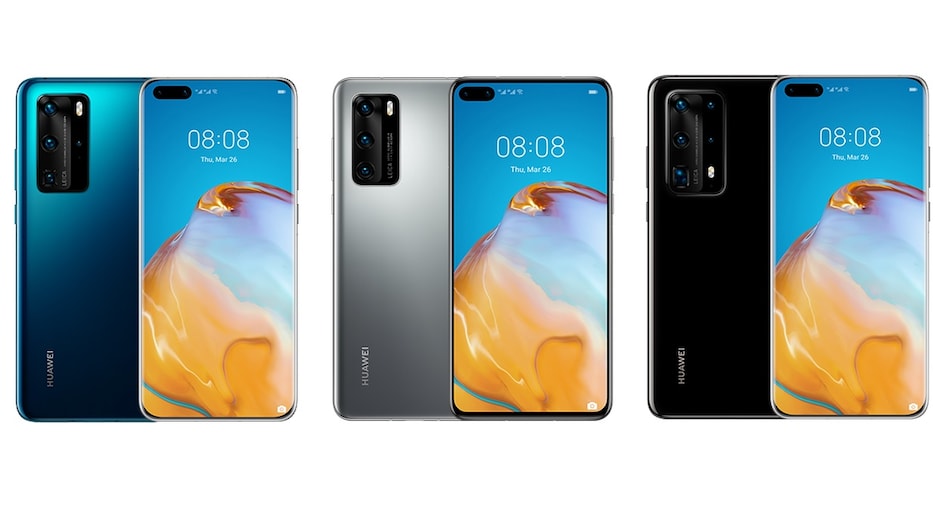 Huawei announced its P40 series on Thursday, March 26, in an online-only event. The trio of phones includes the Huawei P40, Huawei P40 Pro, and the Huawei P40 Pro+. Each of the phones has some similarities like the octa-core Kirin 990 5G chipset and some differences like the number of rear cameras. The P40 Pro and P40 Pro+ models have more in common with each other than the non-Pro variant so, let's put the three phones against each other and see what exactly is different.

As seen with the Huawei Mate 30 series last year, the Huawei P40 series comes without any Google software, thanks to the US trade blacklisting. This means no Google Search, no Google Play Store, and no Google Mobile Services. With the Huawei P40 series phones sold in France, Germany, and Italy, Huawei will install a European search engine called Qwant. A new search assistant called ‘Celia' is also being used that is expected to rely on Qwant's search results in Europe. The Google Play Store has been replaced by Huawei's own AppGallery.

The Huawei P40 Pro+, on the other hand, comes in an 8GB + 512GB model that is priced at EUR 1,399 (roughly Rs. 1,16,000). It does not follow the same colour scheme as the other two phones and will be released in Black Ceramic and White Ceramic when it goes on sale later in June.