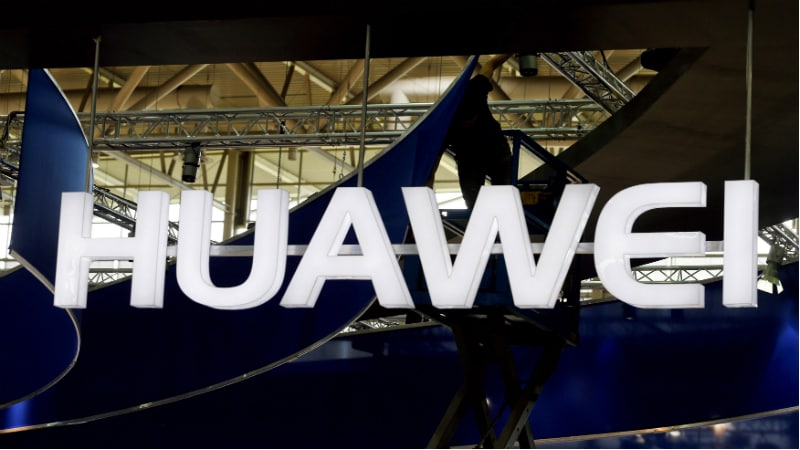 Artificial intelligence - or as AI, it's widely know - isn't something entirely new for Huawei. The Chinese company last year launched its Kirin 970 SoC with a dedicated Neural-Network Processing Unit (NPU) to enable on-device AI experiences. Apple released the new range of iPhone models with the A11 Bionic neural engine AI chip around the same time, and the likes of Qualcomm and MediaTek released their own chips that enabled on-device AI solutions earlier this year. It's true that many smartphone vendors have started using AI as a marketing gimmick to persuade customers, but in a world where hardware is getting increasingly commoditised, AI can be big differentiator.

And to continue to distinguish its presence in the AI-driven market of smartphones, Huawei is combining the power of hardware and software together and supporting app developers with AI tools and skillsets. The Shenzhen-based company, which is among the top-five smartphone vendors worldwide, is also considering India as a key market to boost its AI developments.

"For Huawei, in terms of AI, we are differentiating ourselves in two aspects," says James Lu, Director of AI, Huawei Consumer Business Group, at the sidelines of a media session in New Delhi. "Firstly, we believe AI can only be at its best if we combine the power of hardware and software together. It's difficult to do that if you don't produce the hardware by yourself. Secondly, we think it's very important to empower the Android developer community with AI tools and skillsets to build AI into their apps."

Smartphones nowadays have as much power as desktops. But unlike desktops that are often connected with a wired broadband connection and are using an external power source, mobile devices most of the time use wireless data connectivity and need to reply on their built-in batteries for power. All this limits the AI experience to an extent.

"When we look at AI applications on mobile devices, one of the big challenges is that the traditional AI runs on a cloud server and so if you move it to the mobile device, you have to face problems on the part of performance, efficiency, and power consumption," explains Lu, who has been working at Huawei for more than a decade. "This is the reason why it's important to integrate the experience into mobile devices natively. We don't think it's CPU's upfront job to manage AI applications. That's why we are working on the intensive neural networking computing and have recently designed the new chipset with a dedicated NPU from the ground up to facilitate AI computing."

"AI will be a key differentiator for smartphones, and Huawei seems to understand the importance," says Shobhit Srivastava, Research Analyst, Mobile Devices and Ecosystems, Counterpoint Research. "The company is now focusing on customising its AI capabilities to deliver more applications. Having its own smartphone SoC, the company has the advantage to customise its hardware in accordance with new capabilities."

In addition to enabling an integrated solution via its latest mobile SoC, Huawei is also looking to ease the creation of AI-based apps. The company offers HiAIEngine as an SDK to support developers seeking a solution to build advanced apps.

Earlier this year, Huawei tied up with Prisma Labs to offer on-device processing of images through the Prisma Android app on the Huawei P20-Series of smartphones. The partnership brought features such as real-time filter recommendations based on scene and object recognition. Huawei claims that the calculation speed of on-device processing is "three to four times" than that of a traditional cloud-based solution.

Apart from popular app makers such as Prisma Labs, Huawei is providing support to independent developers through its solutions. "Developers don't need to train their apps individually," says Lu. "They need just Android development skillsets combined with our SDK and APIs to enable AI capabilities on to their apps."

Until now, Huawei has opened up its platform for building AI apps to developers in China, but Lu reveals that there are plans to host developer conferences worldwide to bring a large number of developers on board."Very soon, we will be having global conferences," the executive says. "Through that conferences, the other language developers will also be participating. This will include developers from India as well. Because India being a key focus market for Huawei, these kinds of developments will come to India also. Indian developers will also contribute to making applications based on our APIs." The exact timeline of these conferences is yet to be decided, Lu reveals.

Huawei claims that unlike its competitors, it doesn't use any user data while training its AI models. "We only capture user habits, like normally you tend to turn on and off your Wi-Fi. When you are at home, you turn on your Wi-Fi because you have a router in your home, you don't use your data. These habits, which we capture and identify in your phone, help you offer an advanced experience. This is a form of machine learning that stays on your phone and designed for you. This is user specific," elaborates Lu.

For capturing what users want from their devices, Huawei also uses its social channels and information obtained from its call centres and hotlines. Lu also mentions that the company hosts surveys, either through third-parties or internal channels, to understand what its users demand. "We do a lot of surveys of Indian users, get information from them, and then implement those findings in our phones," he highlights. "These are mostly third-party surveys, though we do our own surveys also to get to know what actually is required by customers. So then those information goes into the phone then we create the new offering."

Beauty features in the default camera app and the AI noise reduction feature are some of the key developments that Huawei has designed after taking behaviour of its Indian users into account.

While a large number of companies are presently using AI as a term to market their offerings, Lu says that the AI technology should primarily be used to solve the day-to-day problems of customers. "Consumers today hear a lot of AI from different marketing development," he says. "But what consumers actually cares about is solving their day-to-day problems. That's why the AI should be there. When we as a manufacturer say that our phone is smarter and more intelligent, we should actually focus on making the phone easier for customers to use - not to overwhelm the customers by a lot of fancy new features."

Aside from smartphones, Lu acclaims that Huawei is company-wide investing in AI. "We have different business sections. For smartphones, there is the Consumer Business Group, and to focus on communication, we have a Carrier Business Group, and an Enterprise Group is for industrial developments," he says. "All these groups are investing AI and have departments of their own to see how AI can help their particular line of businesses. I cannot speak for all our sections, but I'm aware that there is a company-wide investment on AI - not just on the consumer side."

Navkendar Singh, Associate Research Director at IDC, underlines that with its in-house processors and the ongoing R&D advancements, Huawei has been able to successfully differentiate itself. "Huawei is going really aggressive on building R&D capabilities, with an aim to position itself as a serious long-term competition against Apple and Samsung in the global devices space and become a complete end-to-end player which makes software and critical internal hardware smartphone components, apart from the smartphone per se," says Singh.