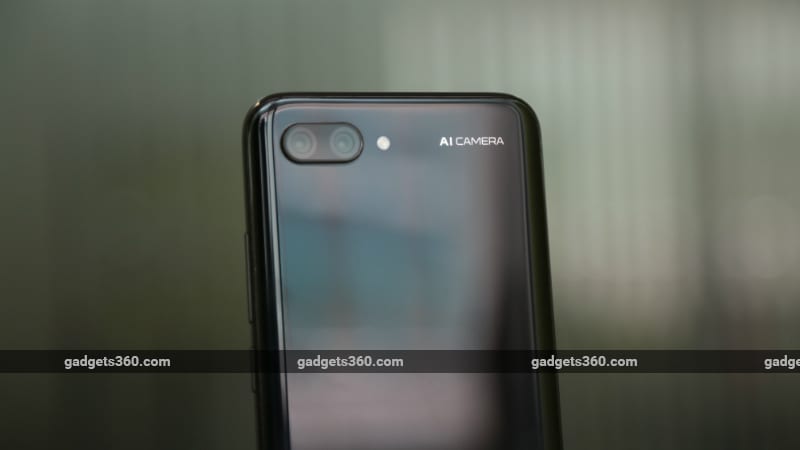 Huawei-owned Honor, which started off as an online-exclusive brand and recently moved on to offline sales as well in India, has seen its product portfolio and market presence grow in the country over the past couple of years.

Note that that some quotes have been edited for grammar and readability.

Localising AI efforts
AI or artificial intelligence seems to be a big focus for Honor, and its parent brand, Huawei, as is evident from recent smartphone launches.

"We have already set up a dedicated team in India that will talk with [various] Indian Internet companies," said Zhao. "These include sales platforms like Flipkart and Amazon, Web browser companies, and music companies. We will soon collaborate with all these partners."

"As AI requires local integration, Honor would like to open NPU capabilities to third parties to improve the apps," he added. Zhao didn't talk about any specific partners that Honor is working with, though he did point to its existing partnership with Microsoft for enabling offline translation using AI.

Even P Sanjeev, who heads Honor (and Huawei) in India. had a bit to say about the company's AI efforts in the country. "Our dedicated AI team has worked very closely with Google, and that actually helps the Indian consumers a lot," he said. "We are also working with Microsoft."

"We have picked up the big boys that bring [AI] experience to the phone," Sanjeev continued. "That's the first big step, because that will then start unveiling the potential of what's possible. We are globally looking at contributors in AI, and why else would you need 5 billion transistors in one square centimetre?!"

Honor's global outlook
Zhao showed a certain sense of optimism regarding Honor's global reach, at the Honor 10 launch. The global chief said that the company's short-term target is ranking among the top 5 smartphone OEMs, globally, within the next three years.

A recent Counterpoint Research report claims that Honor became the fastest growing smartphone brand in India, beating Xiaomi and OnePlus, with 146 percent growth in Q1 2018. Honor officially claims that the sales it had in Q1 2018 are comparable with what it sold in the whole of 2017. Add to that, sales in May alone compare to Q1 2018 sales.

"Stable and steady growth is what we want," said Sanjeev.

On being asked whether the Honor 10 will be manufactured in India, Sanjeev said, "Eventually yes, but we have to get it really fast so we will have to pick up from the global manufacturing unit [in China] for now."

As for the absence of other variants in India, he says that 6GB RAM and 128GB of onboard storage is the perfect combination for a flagship. "If you are putting in Rs. 33,000, you are going to put the phone to maximum use. With preloaded 4K capabilities, 128GB gives you the freedom of mind."

Offline markets, previously neglected by the brand, now contribute a significant part of Honor's smartphone sales in India. However, there seems to be no clear strategy as to which handsets will be sold online or offline, exclusively. "It's all up to the consumers and fans," reiterated each Honor spokesperson at the Honor 10 launch event.

Talking about the dual-brand strategy that Huawei employs in India with its parent brand and Honor, P Sanjeev said, "They [Huawei and Honor] are both different, they work completely independent. So, Honor appeals to a younger audience, say 18 to 34 years of age. They have chosen the colour shades of communication material and the UI themes [differently]. If you pick up the [Huawei] P20 Lite and the [Honor] 7X, look at the fine details. The entire philosophy around the brand positioning itself - the marketing teams, design teams are unique." However, he mentions, the core technology is the same across both brands.

Stock Android?
Software is a big part of the smartphone experience today. Chinese OEMs have, since their inception, focused on implementing custom ROMs on top of Android. However, a transition is happening in the Indian market. Xiaomi and Asus recently announced mid-range smartphones - namely, the Xiaomi Mi A1 and Asus ZenFone Max Pro M1 - running a near-stock version of Android. It doesn't look like Honor will be going down that route anytime soon, suggesting Emotion UI (EMUI) is a big part of its AI push.

"The AI suggest engine learns your inputs - you have hardware: the phone is continuously sensing what goes on with the camera, gives you feedback, and suggests back 500 odd scenarios," says Sanjeev. "And, in case if it does something wrong, you want to change some settings, it listens to you. That's capable because of the NPU (Neural Processing Unit) that we have. Now, how do you implement it (AI suggest engine) if it's stock Android."

He does, however, suggest that if users are concerned about bloatware or storage space, Honor has implemented file compression. Also, he says, you can change the look and feel of the interface, considering it's based on Android. "You can always change the launcher [to stock]. On Emotion UI, you can also change the menu scrolling animation to make it look just like stock Android."

On the colours of the Honor 10, the company states that its market research led it to believe that Phantom Blue and Midnight Black would work well as the colour options to be available at launch in India. "If the consumers want it, we will definitely bring the Phantom Grey variant to India," said an Honor spokesperson.

Honor 10 has been launched in India in a single 6GB RAM, 128GB inbuilt storage variant at a price of Rs. 32,999. There's an exclusive offer for existing OnePlus, Huawei, and Honor smartphone users who can receive an additional Rs. 5,000 exchange discount on purchase of the Honor 10.

Disclosure: Honor sponsored the correspondent's hotel and flights for the launch event in London.