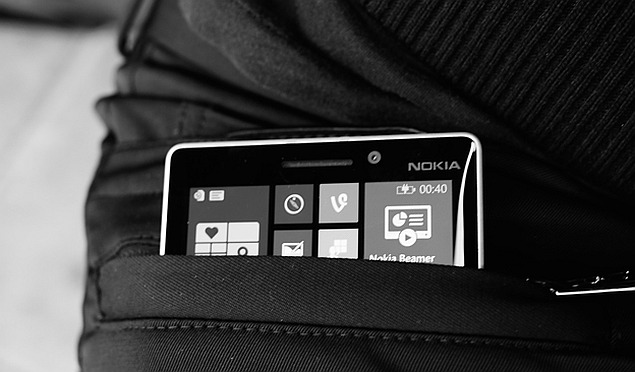 The boom in smartphones among often careless users has made happy hunting for hackers, whose virus attacks and hijacking of unprotected mobiles are multiplying, experts warn.

Security analysts and companies at this week's Mobile World Congress, a top wireless telecom fair in Barcelona, Spain, said phone makers and users must be on guard to stop hackers getting into your pocket.

"With smartphones we are going through what we went through 15 years ago with personal computers," said Tanguy de Coatpont, head of the French branch of international anti-virus firm Kaspersky Lab.

"There are more and more security problems because with their processing power they are really like little computers, permanently connected."

Kaspersky's most recent study showed that 28 percent of users were ignorant of the risks of cyber-attack on their smartphones.

Just over a quarter of users in that study said they knew of the risk but were not worried about it.

Analysts said that attitude had fuelled attacks on smartphones by hackers over the past two years.

"We are seeing an increase in volume (of attacks) of sometimes more than 400 percent quarter on quarter," said David Grout, southern Europe director of Intel Security, a global software protection firm.

That is small compared to the scale of attacks on personal computer operating systems such as Windows, but "it is a bigger and bigger risk," he said.

"Hackers have to hand lots of personal information contained in a smartphone, particularly financial details."

Innovation, not security
James Lyne, global head of security research at anti-virus firm Sophos, said phone makers must do more to warn customers of the risks of attack on their unencrypted phones.

Most consumer smartphones are not designed primarily with security in mind, with the exception of certain specialised models.

"The mobile market is driven by innovation and focused on adding marketable features rather than security and privacy concerns," Lyne told a gathering at the congress.

Other lower-profile products stress security, however, such as the Blackphone, whose second-generation model was unveiled in Barcelona.

Selling for more than $600 (EUR 543), the Blackphone 2 by US company Silent Circle promises encrypted calls with protection against cyber-attacks and spying by intelligence agencies.

It is competing with phone maker Blackberry for business clients, hoping to lure companies who fear their employees' unsecured phones are a security risk.

French company CS Communication et Systemes presented at the Barcelona congress a protection device in the form of a miniature card that is inserted into the handset.

"It is a very open platform that has 80 percent of the market."

Apple's iOS system, used on iPhones, is generally considered more secure but is not immune from attack either.

The hackers hoped that users would be reluctant to report the attack since the attack obtained sensitive information about their sexuality, Sullivan said.

He added that the smartphone world may need a wake-up call to boost security - something comparable to Cryptolocker, Russian "ransomware" that struck in 2013.

Ransomware, which seizes control of computers and demands money to unblock users' data, is now targeting smartphones too, Sullivan said.