Google Pixel and Pixel XL: All the Problems and Their Current Status 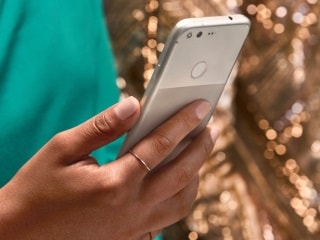 Ever since Google launched its Pixel and Pixel XL smartphones, there have been multiple problems reported about the smartphones. From LTE connectivity, phone freezing, to Bluetooth car-pairing issues, the list of problems have just been piling up. While Google has fixed a handful of problems, quite a few remain in the need for a fix.

1. Google Pixel lens flare camera issue
One of the first issues to crop up was pertaining to the camera - a feature that was touted to be the best in the market. Google Pixel was plagued with the lens flare problem that formed an 'arc of flare' towards the edge of the images when taken under certain lighting conditions. Google acknowledged the issue as soon as it was reported, and promised a fix for it in the coming weeks. However, there has been no announcement from Google of a fix rollout yet.

2. Google Pixel Bluetooth vehicle pairing
Many users took to the Pixel Community to report the Bluetooth bug as well. The smartphones were (and are still) having trouble pairing with many cars. In some cases, the smartphones get connected and even play audio easily, but disconnect when placing a phone call. In other cases, the smartphones have difficulty in connecting, and even if they connect, they soon drop off for no apparent reason. Google promised a fix for it, and recently even confirmed that the fix was ready. This fix will roll out soon.

3. Google Pixel LTE connectivity Issues
Many Pixel phone users were also experiencing connectivity issues, particularly on the LTE band 4 frequency. Users across the world reported signal issues, but the most complaints were generated from LTE band 4 (FDD-LTE, 1700MHz) users. Users reported that with the release of Android 7.1.1 Nougat, which brought "general connectivity improvements", the issue was fixed.

Status: Google has fixed the issue.

4. iPhone 7 Plus screenshot bug
Another weird issue that cropped up recently dealt with media sharing with the iPhone 7 Plus. Reportedly, screenshots sent from an iPhone 7 Plus to a Google Pixel or Google Pixel XL phone were getting distorted automatically. The issue appears when a screenshot is sent via any SMS/ MMS app. Furthermore, sending a screenshot of the home screen does not cause any distortion, but a screenshot from within any app - be it first-party or third-party - gets distorted. Users on the discussion page have been extensively talking about the the issue. Google is also aware about it, and is working on a fix. Affected users seem to think it's a carrier issue, and have even contacted Verizon to look into the matter.

5. Google Pixel freezing camera app
Another reported bug pertains to the Google Pixel camera, and this one causes the phone to freeze up completely. Apparently, while launching the camera app, the Pixel phone sporadically freezes without any warning. Pink and purple vertical lines show up on the screen, though not every time. The phone could only be brought out of its coma through a hard reboot by long pressing the power and volume down key. Some users even reported that it was more persistent during low network regions, and that the issue disappears completely when the camera app is used in Airplane mode. However, when the phone freezes, only a soft reset brings the Pixel phone back to normalcy, albeit temporarily. Google has been aware about this issue for a while, and is said to be working on a fix. However, there is no clarity on when the fix will be rolled out to affected users.

6. Google Pixel interface freezing
Some Google Pixel phone users have experienced smartphone hangs and freezes from anywhere between a few seconds and several minutes - even resulting in the disappearance of an onscreen navigation component. The Google Pixel, Pixel XL interface freezing issue appears to be related to the software on board, and some users reported their problems were solved by uninstalling the Life360 third-party app. However, other users that reported this problem had never installed the aforementioned app, and thus the issue doesn't appear to be centred on a single app's performance. While there have been several responses from Google representatives on the company's product forums, no exact cause or fix timeline for the Pixel, Pixel XL freezing issue has yet been provided.

7. Google Pixel audio distortion
Users have also reportedly experienced audio distortion in their Pixel phones when listening to media files at high volumes. Furthermore, the audio issue is not dependent on the output source of the sound and presents itself even when the phone is connected to speakers. While it was earlier reported to be a hardware issue, Pixel community manager Orrin recently wrote on the forum, "Thanks for continuing to report examples here. Wanted to update this thread and let you all know that this is a software issue that we are working to resolve in an upcoming update. In the meantime, a temporary solution can be to not play your device at max volume. I'll continue to keep you posted."

While Google did not give any clarity on when a fix for this issue will arrive, users are reporting that the issue was fixed for both the Pixel and Pixel XL with the February Android security update.

8. Google Pixel early battery shutdown
Several Google Pixel and Pixel XL users have complained that the smartphone is shutting down well before the entire battery drains out. Most users have experienced the early shutdown issue around the battery levels of 30 percent or less.

9. Google Pixel volume bug
Just a few days ago, a Pixel user shed light on a potential new bug. The user experienced an issue with volume on the smartphone where the volume first stopped while a media was running and on touch, it increased straight to 115 percent without any warning. On the user's query, Google's Support team responded, "Google has already identified this as a known issue and is working to resolve this and a few others as soon as possible by way for an update."

Status: There's no word on whether Google is working on a fix for this issue.

11. Google Pixel microphone issue
Another issue being reported by some Google Pixel users affects the microphone. Users report that their microphone stops working in most apps, and cannot be made to work even after restarting or factory resetting the phone. Some users say the microphone continues to work when recording a video. A Pixel community manager said the issue was being looked into.

Status: Google is said to be investigating the issue.

12. Bluetooth turns off on its own/ upon restart
Some users claim that Bluetooth turns off on its own, while others claim it turns off if the Pixel smartphone is restarted. A relatively recent problem, a Google community manager said the problem was being looked into. Another user reports that Bluetooth pairing only shows the MAC address and not the device name. Some users further report the February Android security update has only worsened the issue.

Status: Google has acknowledged the issue following its February Android security update, and says a fix has been identified and will roll out in an "upcoming release".