Why Google Is Bullish About Android Oreo (Go Edition) 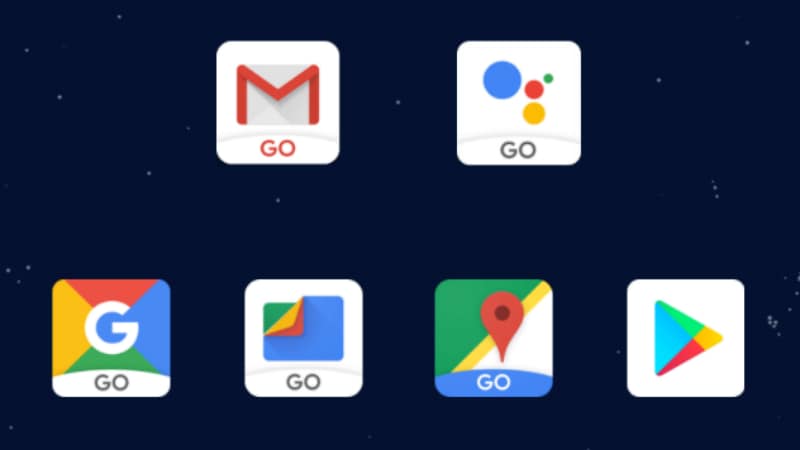 "I would love to see cheaper smartphones, entry-level smartphones," Sundar Pichai had said in January while speaking at his alma mater IIT-Kharagpur. Google attempted this earlier by working with manufacturers to create Android One in 2014. The idea created a lot of hype, but eventually didn't really work out, and that's what led to the development of Android Go.

At its annual Google for India event on Tuesday in New Delhi, the company launched Android Oreo (Go edition). This isn't an all new platform - as the name suggests, it's a lightweight version of Android 8.1, which just reached select Pixel and Nexus devices. Google's vice president of product management for Android and Google Play Sameer Samat said Android Oreo (Go edition) is designed to make entry-level devices "fully-functioning" smartphones.

"With Android Oreo (Go edition), we're not only providing internet to every Indian but are also making sure that entry-level devices are fully-functioning smartphones that can not only browse the web but also can use apps," said Samat, speaking on the sidelines of Google for India.

Android Go: The Details Google Didn't Reveal During the Keynote

Samat and his team started working on Android Go in 2016. The ultimate aim of over a year-long development was to make sure that entry-level devices perform well with Android, Samat said on the initiative that was announced at Google I/O this year. "One of the things on which we've spent a lot of time while the development of the Oreo Go edition is optimising every piece of the operating system for entry-level devices and making sure it runs well," he added.

Android Oreo (Go edition) mainly consists of three major parts. Firstly, there are improvements to the core operating system, to help it perform well on entry-level phones. There's also a new set of Google apps, redesigned to run well on these phones, with features that cater to local needs. Thirdly, there's also a tweaked version of the Google Play store, which helps highlight apps for Go devices. Together, these three parts help ensure that apps open 15 percent faster than they would on "regular" Android.

Getting ready to Go

While releasing Android Oreo (Go edition), Samat also showcased a bunch of Google apps that are redesigned for the new platform. There is Google Go instead of the original Google app, as well as Chrome, Files Go, Gboard, Google Assistant Go, and YouTube Go. These apps are designed to take 50 percent less storage space than their original variants. The Google Go app, for instance, comes in less than 5MB of file size, which is significantly lower than the flagship Google app that is over 62MB in size.

Google Go App: How Is It Different From the 'Main' Google App?

The inspiration for the Android Go project came from Project Svelte that Google had initiated alongside the release of Android KitKat back in 2013. Similar to Svelte, Android Go helps developers optimise the experience on low-end smartphones. Third-party developers can also distinguish the experience on multiple devices by releasing their Go edition apps, alongside their original creations.

Samat said that Android Oreo (Go edition) is primarily targeted to enhance the experience on devices that have 1GB (or less) RAM. "We see there are a lot of 1GB devices that are being shipped today, not only in India but also in some other parts of the world," he said.

However, this doesn't mean that all the devices featuring the Go edition would sit in the same price bracket. Without revealing any exact details, Samat said: "We're working with a range of manufacturers so there are going to have a range of price points."

Affordability will however be an important factor. "Our hope is that users for whom a smartphone is their first and perhaps the only computing device will have an affordable option," said Samat.

Android Go vs Android One

Google originally projected Android One as its flagship programme to bring in new affordable handsets. But that development hadn't succeeded initially, and companies like Karbonn, Spice, and Micromax were unable to reach masses with their Android One devices. Earlier this year, Google extended the programme by partnering with Xiaomi. The second iteration of Android One expanded its price range from the sub-Rs. 10,000 bracket to under-Rs. 15,000 segment.

While the success of the Android One comeback is yet to determine, Samat pointed out the major differences between Android One and Android Oreo (Go edition). "Android One is not different code, it is a programme that partners sign up for certain experiences," said Samat. "It is independent of operating system version and is much more of a programme than different code. In case of Android Oreo Go edition, it is the same Android code but in the code, it is provided that the OS optimises the experience on the basis of given hardware."

Samat also added that Oreo (Go edition) is merely the first in the series, and a similar experience will be available with Android P in 2018.

Challenges on the way

Despite the promising features of Android Go, analysts believe that it will be challenging for Google to have its rapid uptake in India. "The challenge for Google has been to get the lower-end phones to provide a good user experience and also get them to keep moving to newer versions of Android as they are released. This is not the first attempt by Google to achieve that objective, and certainly not an easy thing to get OEM buy-in. There is also a bit of flux in the low-end market where so much activity is taking place, with Jio pushing 'smarter' feature phones, some other local vendors and telcos are driving 'low effective price' smartphones," IDC Asia Pacific Senior Research Manager Kiranjeet Kaur told Gadgets 360.

Tarun Pathak, associate director of mobile devices and ecosystems, Counterpoint Research, added that Android Oreo (Go edition) is an indication that Google is going after the bottom of pyramid users. "The sweet spot for entry-level smartphones in India is $75, or Rs. 5,000, as in the sub-$50 segment (under Rs. 3,000) customers don't have many options to go for devices that offer a good value for money proposition," said Pathak. "As a result of which, smartphones between Rs. 2,000 and Rs. 3,000 had only two percent market share in India." Pathak also highlights that optimising the experience in the low-end smartphones in India will help local brands increase their existing portfolio to counter Jio Phone and other compelling options.

Having said that, Google's attempt with Android Oreo (Go edition) would bring the latest Android with tons of optimisations to a mass level - overcoming the issue of an inferior experience on low-budget smartphones. The new initiative would also give another way to the search giant to stay connected with the next billion users from developing regions like India, exposing people to Google services including Search, Maps, and YouTube, among others.

We discussed Google's announcements for India, including Google Maps' two-wheeler mode, Android Oreo Go, and Google Tez on Orbital, our weekly technology podcast. You can listen to it via Apple Podcasts or RSS or just listen to this episode by hitting the play button below.