From the Outside, Looking In 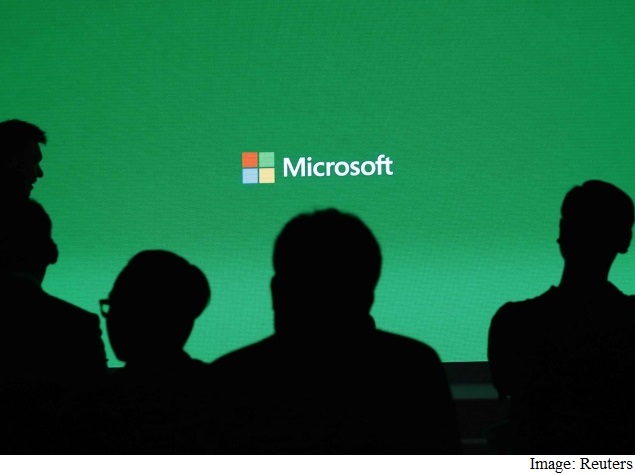 In 2011, the company, in a belated attempt to catch up with Apple and Google in the smartphone world, announced a partnership with Nokia, the Finnish device maker. "There are other mobile ecosystems," Nokia and Microsoft executives said in a joint letter at the time. "We will disrupt them."

Still, sales have not materialized. The global market share of the company's phones was just under 3 percent in the third quarter, lower than the year before. Analysts, long skeptical about Microsoft's mobile strategy, have largely thrown up their hands. And in perhaps the biggest slight of all, many mobile-app developers, who can make or break mobile technologies by supporting or ignoring them, are paying little or no attention to Windows Phone.

On Wednesday, Microsoft plans to unveil details about Windows 10, a new operating system for PCs, at an event at its headquarters outside Seattle. The operating system, the company says, will help win back developers by allowing them to more easily adapt PC applications to mobile devices. The company hopes it will also increase the availability of applications for - and lift sales of - the company's smartphones.

The move is the biggest effort yet by Satya Nadella, who took over as chief executive nearly a year ago, to save the company's moribund smartphone business. So far, Nadella has put Microsoft's overall mobile offerings on a more practical path. Last year, he released the company's Office suite of applications for Apple iOS and Google Android devices, and he improved tools for developers of nearly all device brands.

The tactics have helped propel the company's stock to a nearly 15-year high. Ben Thompson, an independent technology analyst who once helped manage Microsoft's relationship with Windows developers, said he was "pleased with Microsoft's strategy for the first time in a long time."

But the company's attempt to make Microsoft's mobile platform relevant, he said, remains a challenge. "Microsoft can't make that happen," Thompson said. "It's up to developers. I think the situation is pretty hopeless from that perspective."

Microsoft declined to provide an interview with an executive before its event this week. But it is clearly not giving up.

"We're making steady progress toward our vision of giving people a single Windows experience across a full range of devices," Frank X. Shaw, a company spokesman, said in a statement. "With Windows 10, we're moving to a more unified Windows platform for phones, tablets and PC, helping developers do more with their code."

Microsoft hastens to say that its app store has over 560,000 apps, most of them for smartphones, up 60 percent from a year ago. (Apple and Google have said that each of their app stores has more than a million apps.) And Microsoft says it offers from 85 to 95 percent of the apps that people tell the company they want on a smartphone. Netflix, Facebook, Spotify and other A-list apps are all available for Windows Phone.

Yet Microsoft's numbers do not capture the slim pickings of other popular apps. People searching for Lyft, HBO Go or Snapchat will find no Windows Phone option. Nor will one find RunKeeper, a popular mobile app for joggers.

"The challenge is Android and iOS are innovating so quickly," said Glenn Kelman, the chief executive of Redfin, an online real estate firm that does not make a Windows Phone app but makes one for iOS and Android. "I think we could consider other platforms if it wasn't so much work to keep up with the two major mobile platforms."

Apps are not the only reason people buy smartphones, but they are a big part of it. And tepid support for the software by device makers and wireless carriers is a reason they avoid certain models. Executives at Huawei, a Chinese company with a fast-growing mobile business, have said they are discontinuing future Windows Phone devices because of slow sales.

Microsoft's relationship with Samsung, which makes some devices that run Windows Phone, is also in trouble, but because of the Nokia acquisition. In a filing late last year in a lawsuit between the two companies over a patent-licensing deal, Samsung said the Nokia deal created a conflict of interest for Microsoft, which no longer had an incentive to promote Samsung's Windows Phone models.

The low sales figures mean Windows Phone is rarely included in the plans at startups, where resources are particularly tight. "That sort of view must be infuriating to Microsoft, and rightfully so," Adam Grossman, co-founder of Dark Sky, which makes a popular new weather app for iPhones and iPads, said by email.

Microsoft has long acknowledged the need to expand its app selection. The company has offered to finance the development of Windows Phone apps for prominent developers, in some cases paying for outside contractors to do the programming work, according to a former Microsoft executive, who spoke on the condition of anonymity because the discussions were confidential.

But even that was not enough for the executive at one top mobile-game developer, who said Microsoft gave up asking his company to support Windows Phone about a year ago. "We need an actual market and large, global installed base to justify it," said this executive, who did not want to be named in order to preserve his relationship with Microsoft.

"Minecraft," one of the most popular mobile games, came out in December for Windows Phone, years after it was available on other platforms. And that happened after Microsoft paid $2.5 billion (roughly Rs. 15,400 crores) to buy the developer of the game.

In addition, some of the major apps on Windows Phone are either not as polished or are not updated as frequently as on other platforms. Instagram, the photo-sharing service owned by Facebook, came out on Windows Phone over a year ago, after a long delay, but it still does not include the ability to record video, a function that Instagram introduced nearly two years ago.

"I think the door for a new operating system is closed for the time being," said Benedict Evans, a partner at the venture capital firm Andreessen Horowitz.

That has not stopped Anatoly Ropotov, chief executive of Game Insight, a developer based in Lithuania, from creating games for both Windows Phone and Windows on PCs. In an email, Ropotov said Windows Phone would help his company reach consumers in emerging markets in Southeast Asia and elsewhere.

"Lots of publishers are waking up to the fact that there's money to be made on the platform," he said.

Persuading other developers to change their attitude appears to be an uphill battle. But one area that could aid a Windows Phone turnaround is in applications for businesses, Microsoft's traditional area of strength, since Windows remains dominant in the workplace. Chris Yeh, senior vice president for product and platform at Box, a cloud storage company, said his company would create Windows 10 apps for both PCs and phones, regardless of whether Microsoft is out of fashion in Silicon Valley.

"They've taken a pretty deep beating in public perception, especially in mobile," he said. "But as soon as you leave this area and go to any company in the Midwest or overseas, you're looking at companies with hundreds of thousands of employees with Windows on their desktops. That's just the reality."