Foldable Glass in Smartphones: Inevitable Future or a Passing Fad?

The technology could change the way we use smartphones, once it matures 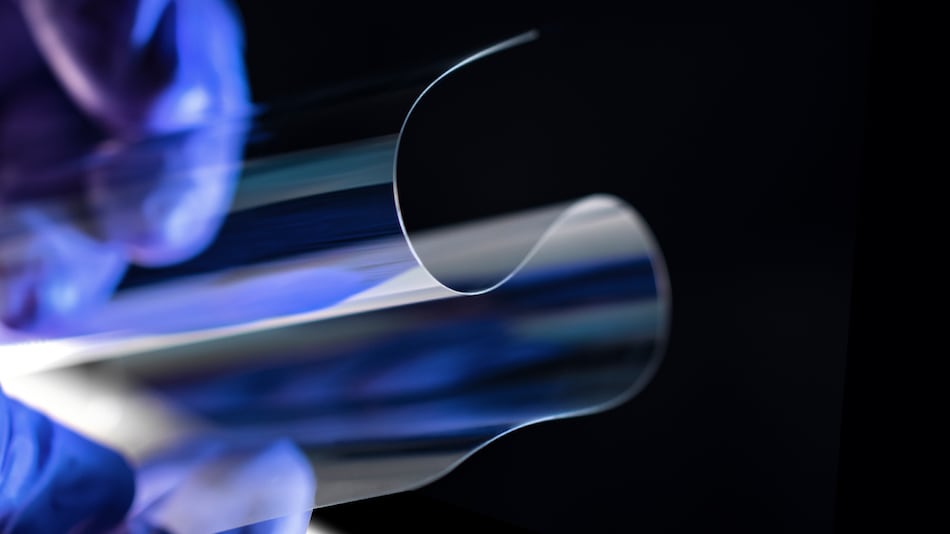 Foldable glass is real and it’s spectacular, but we still have a long way to go

What is the future of foldable phones? We've been hearing about how flexile displays would be the future of smartphones and tablets, way back from 2013, when Samsung showed off its ‘Youm' display at CES but it was not until last year that we got to see such displays in an actual product that wasn't just a concept.

But in a short span of time, foldable display tech seems to have matured enough that LG even made a rollable TV last year, which was the highlight at its booth at CES 2019. While all of this is great, the foldable OLED displays are delicate by themselves, which means they still needs a layer of protection over them if they were to be used in the real-world, like in a smartphone. For this, we need glass that can bend.

Up until now, all the foldable phones that we've seen have used plastic protective layers over the OLED panel for basic scratch protection. However, these clearly aren't enough for long-term or even short-term durability. Take the Samsung Galaxy Fold from last year, which failed miserably in a durability test. The Motorola Razr (2019) also had multiple reports of failure, from the screen falling apart within a week of usage to the hinge giving up after just four hours of flipping it open and closed.

The first phone to use a foldable glass display was this year's Samsung Galaxy Z Flip. It certainly felt like the real deal when we tried it for the first time at the launch event, with no real signs of the display being fragile or delicate. However, as it turned out even this was nowhere near as durable as the regular scratch resistant glass of today and in one durability test it fared just as poorly as the Galaxy Fold and the Motorola Razr (2019).

Foldable glass or ultra-thin glass (UTG), like the one used in the Galaxy Z Flip, is still a first-generation product, which means it still has a long way to go before such glass can be as durable as the ones used on regular phones today, while still being flexible.

Bendable glass is essentially glass that that's been stretched thin enough and then treated so that it can bend back and forth, without permanently losing its shape. However, making glass thin to the point where it's flexible is the biggest challenge, according to Mydlak. “We define Ultra-thin glass (UTG) by achieving a thickness of below 0.1 mm,” he added.

Schott claims its been using UTG glass for other applications since the past couple of decades and has a specially developed ‘down draw process.' Here, a ribbon of glass is pulled down from the top, moving across various drums and through a cooling track to get the final product.

Schott is one of the few glass manufactures that already has flexible glass solution in the market. Samsung is one of its clients, which means the UTG glass in the Galaxy Z Flip was most likely provided by Schott. Corning is also believed to be working with device makers to implement its own solutions. “We are working with our customers on this challenge and are currently sampling our development glass with them to optimise the product for their design requirements,” said a Corning spokesperson.

Foldable glass needs to be able to handle constant folding and unfolding to make it a viable solution
Photo Credit: Schott

Is it as durable as regular toughened glass?

So far, that doesn't seem to be the case. If we take the Galaxy Z Flip as an example, a popular YouTube channel's durability test revealed that the UTG glass scratched just as easily as the plastic screens on the Galaxy Fold and Motorola Razr (2019). In fact, a forceful indent made by a finger nail also seemed to leave permanent marks on the display.

Schott maintains that the scratch resistance of foldable glass is in the similar range of regular, thicker glass and that it all depends on the toughening process. “The toughening processes are performed by separate glass-processing companies. Hence, it finally depends on their individual processing steps and recipes,” said Mydlak. This means, even though Schott or Corning might provide the raw materials, the toughness or durability still depends on what sort of treatment its given by the phone manufacturer, for now anyway.

Corning on the other hand believes there's still a lot of work to be done before foldable phones are just as durable as regular ones. “In general, we believe today's material sets of plastic options and glass options do not meet all of the desired attributes of a bendable device,” said a Corning spokesperson. However, Corning does state that foldable technology has demonstrated success in the range of thickness of 30-100 micrometers in its R&D.

Besides being able to resist scratches, the biggest durability challenge for foldable glass is its ability to maintain its structural integrity even after years of folding and unfolding. Corning claims that its developmental glass-based solution can bend more than 200,000 times without damage while maintaining its flatness. Meanwhile, Mydlak stated that the lifetime of the foldable glass ultimately depends on the final design and processing carried out by the device manufacturer.

Both Corning and Schott are investing a lot in R&D for foldable glass solutions
Photo Credit: Corning

Another issue commonly found in foldable devices is a visible crease at the fold, which is natural but also detracts from the feeling of having a completely flat screen. Although this is more to do with the actual folding display panel itself, with such phones now having a glass covering, it's important for the glass to have a minimal crease too, if any.

“We have seen that the crease has already decreased after switching away from polymer film substrates to UTG as a premium substrate. This is in fact a great proof-point about the capability of this material class,” said Mydlak.

Manufacturing foldable glass is also understandably more expensive than regular glass of the same size. Although Mydlak didn't comment on exactly how much more expensive it would be, he did say both could be on a similar level at some point in the future, provided enough people buy devices with foldable glass.

We don't expect foldable tech to go mainstream anytime soon but that doesn't mean it won't. There was a time, not too long ago, when even flagship phones came with just a single camera and today, most of us won't even look at budget phone if it doesn't have at least three cameras, and that's just on the back.

“As any new development or technological advancement goes, all players are eagerly assessing the growth trends and consumer preferences,” says Mydlak. “As it gains popularity and we see mass demand for foldable glass, the product will automatically become more cost-effective and accessible,” he added.