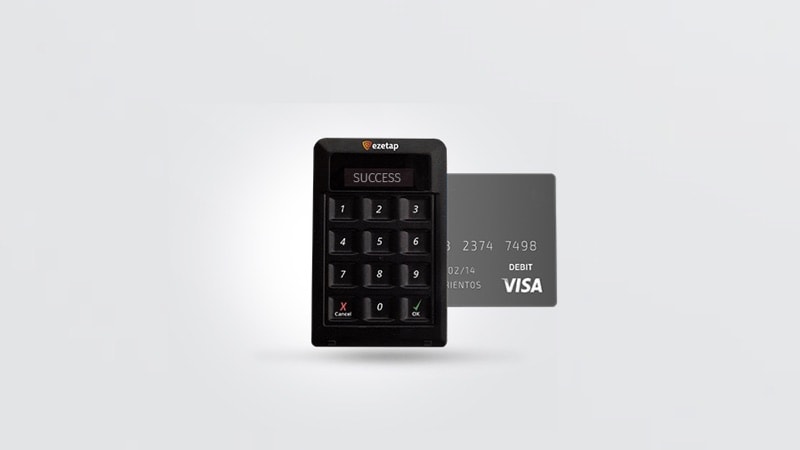 In a post-demonetisation world, the word ‘cashless’ has come to represent things like Unified Payments Interface (UPI), mobile wallets, and other forms of payments that are typically used online. We often forget that card (both debit and credit) transactions actually make up the bulk of cashless transactions.

Not only do cards dominate when it comes to the number of transactions, the average ticket value of these transactions also tends to be higher. And with a fresh wave of innovation and mPoS (mobile PoS) deployments, this domination is showing no signs of waning.

For example, if you place a cash on delivery order via Amazon India, you've got the option of paying by card when it arrives, and you just swipe your card in a small machine that the delivery person is carrying, connected to their smartphone. Small shops - including the neighbourhood paanwalla in some places - now have a similar machine in the shop which can be used to accept payments.

"We call the big PoS machines bricks," says Bhaktha Keshavachar, co-founder and Chief Technical Officer at Ezetap, one of the companies that is leading the mPoS charge, while showing us a bunch of devices at his office in Bengaluru.

These are various mPoS machines that the company has used over the years, starting with a simple card reader that plugged into a phone, then the card swipe machines with the number pads that are so common today, and finally showing us the upcoming model that the company is going to roll out. The latter is a box with a card reader, an integrated Android-powered touchscreen display for card-not-present transactions, and even a fingerprint reader, as future proofing for when biometrics based transactions need to be enabled.

These are all Ezetap's devices, but Keshavachar is a bit of an enthusiast, and tells us about his latest acquisition - a ZipZap machine he was able to find on eBay. Also known as a knuckle-buster, and ‘officially’ called a credit card imprinter, these manual machines were used back in the day when making a card payment involved take an imprint of your card. There was no real-time verification of your card details and you just signed this document and it would be presented to the bank by the merchants at a later stage. They were popular from the 1960s to the early 1990s, before being replaced by connected devices that could verify details instantly.

It's an unusual interest, but highlights how Keshavachar sees Ezetap's role as being more than just a tool for accepting card payments.

"We want to be a payments platform, that supports any kind of technology," says Keshavachar. "So, we support the UPI, cards, all wallets except Paytm, cheque payments, cash payments. AEPS [Aadhar Enabled Payments] are being discussed now and once the government gives the go-ahead we can support that too."

Another company in this space in Mumbai-based Mswipe. Late last month, Mswipe raised its Series D funding of $31 million (a little over Rs. 200 crore). The company claims a network of almost 250,000 mPoS machines spread across over 550 cities in India.

"Merchants of all sizes are looking to enable digital payment acceptance," says Manish Patel, founder and CEO Mswipe, adding, "we expect to grow exponentially, across cities and widen our user base."

Like Ezetap, Mswipe's mPoS terminals are multifunctional, supporting a number of different modes of payment. You can make payments with your cards, or through Samsung Pay, or UPI if you prefer. The company even supports payments via Sodexo. Although they're much smaller than the PoS "bricks" - as Keshavachar terms them - the smaller devices are also more versatile, and likely to get even more so.

"We are working towards developing the next generation of Android-based smart PoS terminals that will offer merchants capabilities like GST compliant billing and inventory management with integrated and seamless payment acceptance on the same device," says Patel, explaining how Mswipe is using the funds it just raised.

An interesting point that Ezetap's Keshavachar makes is that these devices are being purchased not just by the bigger companies but also by a number of smaller vendors who simply didn't accept cards before. The reason for this is at least partly the demonetisation initiative that Prime Minister Narendra Modi announced last year, but beyond that, he says that "it's mostly new guys coming on, who have been planning to digitise and integrate their systems."

"Like there's a laundry company here [Bengaluru] called Sancy's, they'll wash your clothes," he says. "They were looking for a cost effective option not just to accept different payments, but also to digitise their systems because they now have around four-five branches and that's what we were able to help with."

Mswipe, which is also being adopted more by small and medium businesses whose monthly turnover is between Rs. 1 and 5 lakhs, also talked about offering services such as GST compliance. But since these companies are also looking at smart devices that can be operated over the cloud, the advantage is that they can be updated as required.

"You can add payment methods without even changing the merchant's apps, forget the hardware," says Keshavachar. So today, for example, if a new wallet is launched and Ezetap wants to offer support, the merchants using the platform won't even need to update the app on their devices.

Of course, it's not just the flexibility and future functionality that these machines offer that makes them appealing, they're also significantly cheaper than using a full-size PoS, where you pay for the machine and then pay a small fee on all transactions too.

With Ezetap, on the other hand, there's a flat monthly rental of Rs. 300, aside from the device cost. Mswipe has plans that start from Rs. 350, and though there are one-time fees, annual fees, and so on, it remains a very cost effective option.

With a number of companies now in the mPoS space in India - from young companies like Ezetap and Mswipe to banks such as HDFC and ICICI - it's clear that the future is moving away from cash.

What's interesting is that Keshavachar says that UPI will likely be the eventual winner, despite the small number of transactions being recorded right now.

"Usage has been limited, but it will be the eventual winner, because it separates the payment method from the payment instrument, making it easier for people to transact," he says.

It's a view that might well be supported by the RBI data - although wallets saw almost 8 times as many transactions, the total value of UPI transactions was actually higher. As more merchants accept it - enabled not just with apps like BHIM but also with integrated solutions such as those offered by these companies, UPI is likely going to keep growing. For now though, the more ways by which we can more easily pay by card, the better.