Electronic Waste Is Piling Up: How Can This Change? 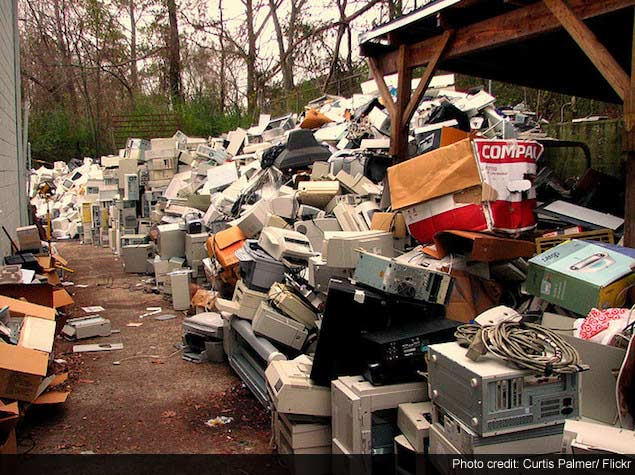 What happens when your phone is too old to use, and is worth nothing at resale? As PC and mobile numbers in India continue to grow, it's no surprise that old phones and computers wind up in the trash as well. And that's a problem, because most of our devices are made with a huge number of chemicals that make disposing of this electronic waste an ugly challenge.

The magnitude of the waste generated can be summed up from a research paper titled 'E-waste in India' presented in the Rajya Sabha in 2011, which quotes the Comptroller and Auditor-General's (CAG) report to say that India generated around 4 lakh tonnes of electronic waste in 2010, up from 1.47 lakh tonnes in 2005.

Of the total volume of e-waste generated, 68 percent is comprised of televisions and 27 percent comes from desktops and servers, with Maharashtra leading in waste generation, followed by Tamil Nadu. Delhi takes the tenth place, and amongst cities, is the second largest producer of e-waste, behind only Mumbai.

Most of this e-waste ends up in the unauthorised sector, sold to kabadiwallahs, and gets stripped down for component parts in highly unsafe conditions. Why is this?

There have been laws in place on the disposal of e-waste for years now, but the problem is one of implementation. The e-waste (Management and Handling) Rules, 2010, came into effect on May 1, 2012 and clearly require manufacturers to take responsibility for the end-of-life recycling of their products, under the Extended Producer Responsibility (ERP) clause. The law talks about authorising collection agencies, and registered dismantlers and recyclers. It also has a provision called the Reduction of Harmful Substances (RoHS), which aims to tackle the problem at the time on manufacture.

"The E-waste (Management and Handling) Rules were notified in 2011 and came into force in 2012," says Sohail. "However, not much has been done since then. Very few manufacturers have come forward to implement the provisions [and] take the responsibility of their products [at] end of life."

Even fewer have made provisions for the reduction of harmful substances.

Sohail says that e-waste contains some of the most harmful chemicals and metals known. Electronics contain chemicals and metals like "polychlorinated biphenyls, chlorofluorocarbons, polyvinyl chloride are some of the halogenic compounds," Sohail says. "Outside that, heavy metals like arsenic, barium, beryllium, cadmium, chromium VI, lead, lithium, mercury nickel are typically present."

This is true for a huge number of devices. You will find these harmful substances in "computer peripherals, batteries, fluorescent lamps, CRT, data tapes and others," she adds. "Rare earths like yttrium, europium, selenium, are found in the older photocopying-machines, fluorescent layers of CRT screens and its interiors. Radio-active metals like americium, cobalt are found in medical equipment, fire detectors, smoke detectors."

"In the absence of [implemented] measures from producers," says Sohail, "the e-waste flows to the informal sector that dismantles and recycles electronics in the most precarious conditions putting their lives and the environment in danger." 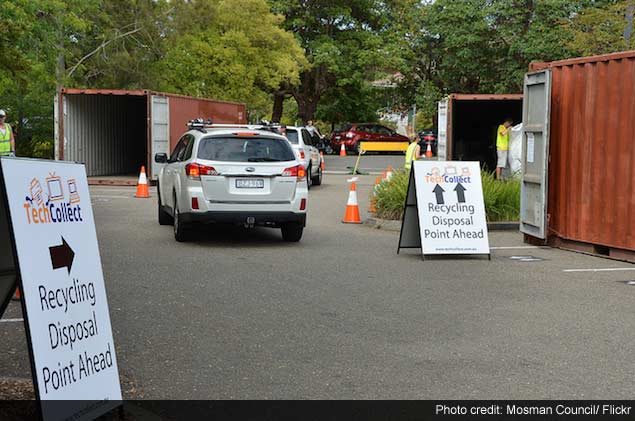 The manufacturers, however, say more time is needed.

Anwar Shirpurwala, Executive Director, MAIT(Manufacturers Association of Information Technology) says that there are too many devices in the Indian market and there is a surge in the equipment coming in. With the numbers rising, Shirpurwala holds that producers can't be the only bearers of responsibility when there are other stakeholders, including consumers, dismantlers and recyclers.

"The problem of disposal arises when the bulk of the recycling process becomes the sole responsibility of the producer," says Shirpurwala.

In fact, he sees the informal sector, which handles the majority of recycling in India, as one of the problems from an environmental perspective. "The informal sector basically works either by burning off the e-waste or by treating it in acid baths to scrape off the metals of which both are hazardous to those doing it as well as the environment," he says.

Shirpurwala adds that items are usually disposed by kabadiwallahs, because households are the biggest storage centres of dead electronic items. For this reason, he believes that bulk consumers at least should also have a responsibility in the recycling process.

But while producers complain about the unfair treatment meted out to them, the informal sector complains of a slow machinery to help get them organised. Sohail says that when people from the informal sector step forward to obtain authorisation they have to run from pillar to post to complete the paper work which usually takes months.

"Such procedures can be simplified for collection and dismantling," says Sohail. "Also, regulators need to identify and acknowledge them for their work which would motivate them to shift towards formal sector."

A joint effort
One of the big issues right now is that many of the producers have not created end-of-life collection centres or recycling centres. The solution could be that the different producers band together. "Mait is working to set up a joint activity, which is cost effective from the point of view of recycling the e-waste," Shirpurwala says.

However, over two years after the law came into effect, and three years after it was formed, this joint body is still three to six months from becoming a reality. Shirpurwala says that it is a long process to get everyone on board. For Mait, the focus now will be on "generating awareness" among consumers, and recycling will follow.

Like Mait, CSE also talks about the importance of education. Sohail says that the CSE is building sensitisation programmes for environmental regulators, and adds, "CSE reports on e-waste regularly in its fortnightly magazine Down to Earth."

Actual movement on the ground is very limited. An interesting endeavour is Donate Your PC, based out of Hyderabad. The project wants to connect people who have old computers they want to give away with those who have need of such a device. The project was founded by Abhishek Asthana, who works with JDA Software in Hyderabad. He believes that re-using products till they reach their true end-of-life will help reduce the e-waste problem. 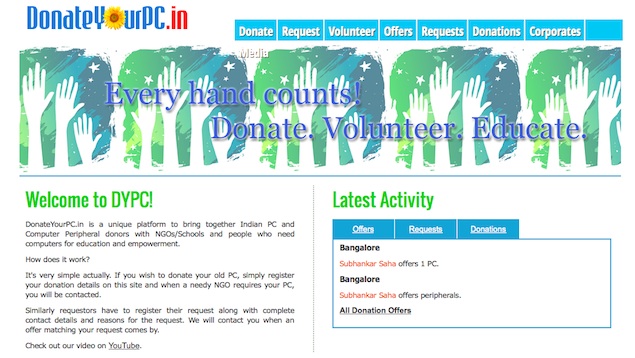 "That however doesn't mean that you can donate trash or non-working electronic devices," says Asthana. "There are minimum specifications required for anyone to donate devices, like say 128MB RAM, and we look at the hard drive specification and more."

On the website, you can describe your requirements, and if you want to donate, you can list your PC's specifications.

"Once we have a donor with a device that has specific requirements needed by a recipient, we connect the two and help them out," he says. "Till now over the last five years we have helped donate 500 such PCs, after doing background checks to confirm that the requests are genuine. We get around 9-10 requests a month, and we connect around 4-5 of them with donors in their respective cities."

Incentivising change
There are also some private sector initiatives that are trying to solve the problem at a bigger scale, such as the Attero Recycling Plant in Roorkee. The plant is registered with the Government of India as an e-waste recycler.

"Since these products contain harmful chemicals and metals the current disposal methods of burning and acid bath treatments are very hazardous," says Rohan Gupta, COO, Attero Recycling. Instead of getting old gadgets from consumers, Attero "collects products from corporates. The collection system is a pan-India one. Everything that is collected is tagged and coded and taken to the recycling factory in Roorkee."

Once there, "the materials are first manually separated into the type of e-waste and then taken to the metal extraction plant where the metals are removed using electro-refining, or our patented hydro-metallurgy process," Gupta says. "There are normally 50-60 different types of metals in the normal electronic products we use. On a daily basis around 1000 tonnes of e-waste comes to the facility."

While Attero's high-tech disposal techniques and large scale are commendable, what's interesting is how they want to bring the consumers into the loop as well. "What we have done is launched a portal Atterobay where we buy old electronics from people,"

The website shows (at this point) 7,19,084 mobiles recycled so far. All you need to do is enter the name of your phone and click on Value My Phone. For a one-year old BlackBerry Z10, you could get Rs. 4,215. A Samsung Galaxy Note that's over two years old was valued at Rs. 9,504, more than what most local shops were willing to offer.

By giving incentives like this, Attero makes recycling a more appealing option than just giving the phone to the kabadiwallahs for whatever he thinks it's worth. And that is what might actually help recycling gain momentum in India.

Foursquare With a Storyline: Google Brings Ingress to iOS
Xiaomi Mi 3 With Snapdragon 800 Launched in India at Rs. 13,999