Coronavirus: Phones Could Become More Expensive and Harder to Get

Smartphone availability and shipments are being impacted heavily due to the outbreak. 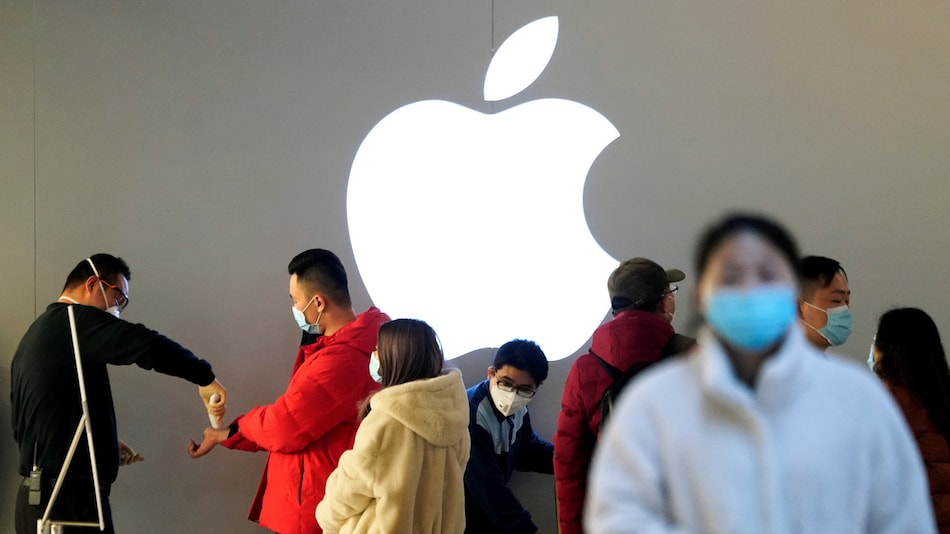 The Coronavirus outbreak started in Wuhan, China in late 2019

The human cost of the coronavirus outbreak, which started in China, is only mounting. With the number of cases around the world rising — including cases now being found in India — the numbers are only going to get worse. The economic impact is also huge, with companies around the world canceling events, travel, and encouraging work from home. And the smartphone industry in particular has been highly impacted, which is not surprising because China's huge manufacturing hubs are the factories of the world.

Perhaps the biggest sign that this would have a considerable impact on the segment was the cancellation of MWC 2020 due to the virus. Xiaomi and Realme have also announced that their on-ground events planned in March stand cancelled, to avoid any chance of infection among attendees.

Amid the turmoil that's taking place in the international smartphone economy, smartphones being made in India could help fill the gap. Except the phones aren't made in India — they're assembled. And while the timing of the Chinese New Year meant that India started off this period with a stockpile of components, this could start running out soon. The result? Increasing prices, and more phones being out of stock — particularly newly launched devices.

Although the Coronavirus outbreak originated in December 2019, its continued spread into the Chinese Lunar New Year festival impacted production in the smartphone sector, according to a report by Lumos Intelligence, a new market intelligence platform for smartphone brands. The holiday season was extended by ten days up to February 9, and the Chinese government asked factories to resume production from February 10 onwards.

However, the restart of production has been slow and problematic due to various travel restrictions within China, preventing workers who went to their hometowns for the holidays to return to the production lines, according to the report. Furthermore, local regulations such as the use of face masks which are in shortage, as well as the lack of reliable supply of materials, has further slowed things down.

Lumos Intelligence estimates that the production of factories making various mobile phone supply chain components is currently at around 20 percent capacity. Furthermore, the factories will likely only resume optimal utilisation by the end of April, largely due to the efforts of the Chinese government to kick the economy back into shape, rather than due to the outbreak itself being tackled effectively.

Will Indian assembly lines run out of parts?

Despite the challenges in China, there's hope for phones being made in India. British investment bank Barclays stated that manufacturing PMI (purchasing manager's index — a way of tracking market conditions and trends) remained steady with only a small drop from 55.3 points to 54.5 points, suggesting that investors continue to be confident of India's manufacturing abilities despite the virus outbreak.

The report — which is not about the smartphone sector but more broadly about manufacturing — noted, “The survey showed that while business sentiment was fading on the back of Covid-19 outbreak, the actual effect on production and sales was negligible.”

But while most smartphones sold in the country now bear “Made in India” signs, the fact is that almost all of them are assembled in India, not made here. According to industry sources, more than half the value of the components that go into our phones comes from imported parts.

Around 80 percent of mobile phone components for assembly in India are still sourced from China. “Make in India never succeeded because no one was manufacturing in India, only assembling. The Indian customers made it clear they want the cheapest product, and although the production ecosystem in India is improving, the ecosystem doesn't exist here yet, compared to China,” noted Meenakshi Tiwari, an analyst with Forrester Research, in an interview with HuffPost India.

If component factories in China are facing a prolonged reduction in capacity, this will mean that assembly lines in India won't have the components to work with for long.

So far, this hasn't been a big problem. Given that the Lunar New Year holidays see factory closures anyway, smartphone makers in India had built up stocks to match demand through the first quarter of 2020.

However, the prolonged manufacturing issues in China means that stocks and supplies in India will now fall short. There is estimated to be a 20 percent hit in smartphone production in India for Q1 and Q2 of 2020 as a result, as per the Lumos Intelligence report.

The result, as far as the Indian smartphone buyer is concerned, is increasing prices to balance supply against demand, and the likelihood of more smartphones being out of stock. A clear indicator of this is the recent increase in price of the Redmi Note 8 by Xiaomi, in order to check demand a little bit. Major launches may also be delayed or put on hold, or resources could be diverted to higher-value products which sell in smaller volumes, to keep the demand in check against reduced supply.

China is expected to see the biggest impact in smartphone sales, with smartphone makers who focus on the Chinese market seeing a big reduction in shipments. A recent Counterpoint report suggests that sales in China will fall by over 20 percent, with brands such as Huawei, Oppo, and Vivo seeing the biggest falls due to their strong positions in China. Similar sentiments have been echoed by IDC and Canalys.

“Demand-wise, we see the market impacted severely. We estimate more than a 50% YoY decline in offline smartphone sales during the lock-down period,” noted Brady Wang, Associate Director at Counterpoint Research.

Other Chinese brands such as Xiaomi, OnePlus, and Realme may not be as heavily impacted as these brands sell better in global markets (including India). Nonetheless, these brands will still have to figure out their supply chain issues if production is to remain largely on track. However, some support functions have been impacted by the Coronavirus, such as the ability to roll out timely software updates. New launches are also likely to be hit by the spread of Coronavirus.

“We expect new device launches, planned for the first half, will be materially impacted because factories in China will not function properly,” noted Ethan Qi, Senior Analyst at Counterpoint Research.

Coronavirus is impacting production outside of China as well, with a recent report stating that Samsung has had to shut down a smartphone plant in South Korea after a factory worker tested positive for the virus. Apple too could face delays in its preparations for this year's iPhone 12 due to the outbreak.

Global smartphone sales will also drop by 5 percent in Q1 2020, with a likely spillover to Q2 as well, as per the Counterpoint report. “We had previously expected the global smartphone market to see YoY growth in CY2020 but now it will likely be flat,” says Tom Kang, research director with Counterpoint Research.