With ColorOS 7, Oppo Hopes Localised Features Will Give It a Leg-Up Over Xiaomi’s MIUI

ColorOS 7 has been designed as a joint effort by the teams located at Oppo R&D centres in Hyderabad, Shenzhen, and Dongguan. 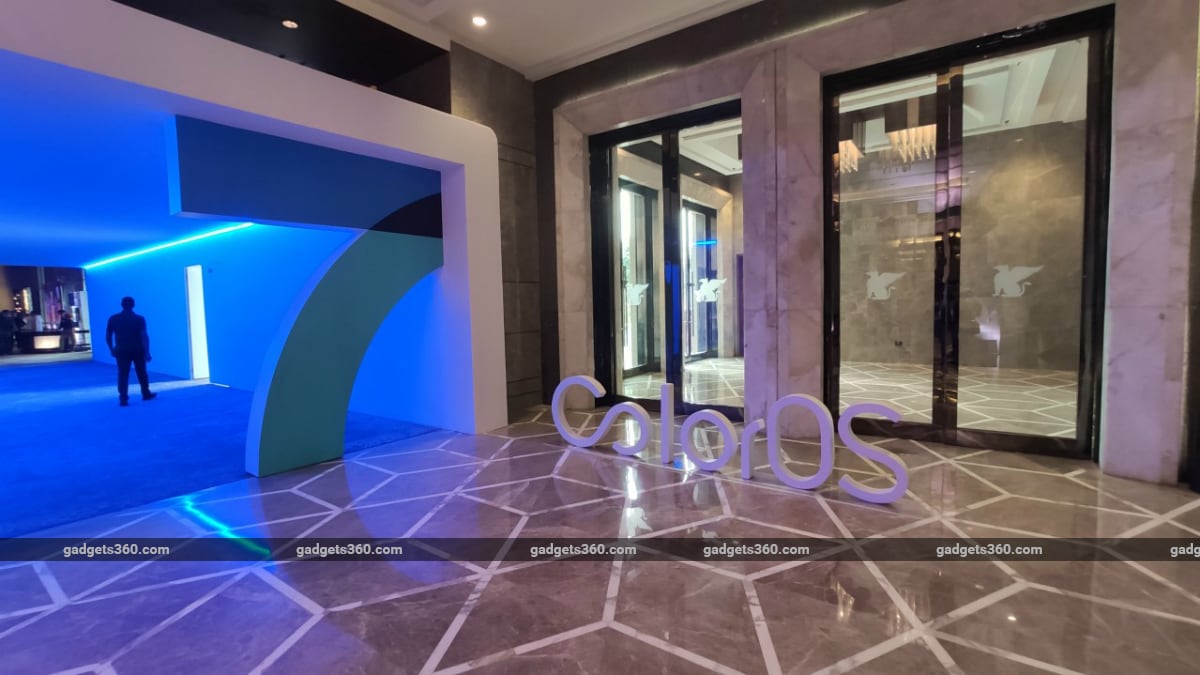 Oppo on Tuesday hosted an ostentatious press event to launch ColorOS 7 as the newest version of its Android-based customer interface for smartphones. ColorOS is already claimed to have over 300 million users across the globe. But the Guangdong, China-based company is aiming to expand the user base by attracting a large number of smartphone users in India. This would be the key reason Oppo decided to host the global launch of ColorOS 7 in New Delhi -- just days after its official debut in China. The company also showcased a list of localised features, including DocVault that comes with the DigiLocker integration to let users access their official documents on-the-go. These are aimed to counter Xiaomi's MIUI that has lately offered a series of localised features to attract Indian users.

ColorOS 7, similar to previous versions of Oppo's custom skin, has a series of customisations on top of stock Android. These customisations are projected to help provide better user experience and more personalised options to users, ColorOS Product Design Director Chris Chen underlined while speaking with Gadgets 360 via a translator at the sidelines of the ColorOS 7 launch in New Delhi.

"We're not saying that stock Android is not good enough," says Chen. "But on the contrary, we think it provides a very good structure for us to make better user experience and to provide personalised design and richer features to our users."

Chen and his team at Oppo's R&D centre in Shenzhen, as well as the designers and engineers from the company's headquarters in Dongguan, worked closely with their India counterparts, who are based out of the newly opened R&D centre in Hyderabad. The joint effort by these teams was not only to make ColorOS 7 pleasing for Indian users but also to make it adaptive for the global population.

Manoj Kumar, Senior Principal Engineer of ColorOS, showed off DocVault as one of the features that Oppo has designed specifically for Indian users. The feature is designed to help users access their verified digital documents directly from a ColorOS device. Kumar, who has previously worked at Samsung India R&D, also specified Riding Mode and Smart Assistant that both help make the new ColorOS version a useful development for many users.

"Those kinds of localisation solutions are very important to us," states Chen. "We would also want higher requirements from our Indian design team in the future so that we can work together to better cater to the needs of our global users."

ColorOS was initially infamous for its iOS-like design. But since the release of ColorOS 6 back in March this year, Chen asserts that there is a clear vision to have a consistent design, style, philosophy, and principles.

"We mainly focus on the user feedback, we focus on their needs," the executive tells Gadgets 360. "We work together with local teams and together we do research, data analysis, and market insight and observations, and then find the opportunities that we can work to improve our system."

ColorOS 7 includes features such as upgraded three-finger screenshot, full screen gestures, split screen, and a system-wide dark mode. All this reminds us of Xiaomi's MIUI.

But when asked whether the design team looks at MIUI and other competing skins, Chen says that Oppo's primary focus is on the user feedback and what's important for users.

"We continuously evaluate the industry as it is a good way to keep our sensitivity to the industry," says Chen. "However, when it comes to implementations to ColorOS -- and it's not just about the skin, we stick to our users -- what they feel about our OS and what they need. In fact, we strive to make more customised looks and interactions that they lead the industry trends -- for example, the three-finger screenshot."

ColorOS 7 is based on Android 10 and leverages Google's new additions such as the CameraX library. However, Chen points out that while ColorOS aligns everything that the stock Android does, it offers a lot more interesting features and designs such as the proprietary Dark Mode that works with hundreds of third-party apps, including the top 200 most-used apps for global users.

"With ColorOS 7, we aim to give users [a] more smooth and intuitive experience. For example, our platform offers more options with the animation of launching an app and adjustment of the off-screen clock to make it more comfortable looking," he adds.

Just like any other software development, designing ColorOS 7 wasn't an easy task for Oppo. Chen notes that there were initially conflicts within the core team of designers and engineers to understand whether they should bring the Dark Mode for third-party apps or make it limited to Oppo's preloaded apps. Similarly, he says that the team faced difficulty in deciding whether features such as the weather animation is worth the efforts as it doesn't add any new functions to the interface and just enhances the user experience with new visual effects.

"We had conflicts with function and experience -- which one is more important," he says. "But we thought on top of bringing more functions to our users, we also need to care about their emotions and also about their user experience."

Analysts believe after bringing changes to their smartphones, vendors such as Oppo and Xiaomi are distinguishing software to retain their market presence and continue to attract customers.

"I think the next level of differentiation for handset OEMs will be on the software side as hardware ceases to be a differentiating factor," says Tarun Pathak, Associate Director, Counterpoint Research. "UI plays a key role in overall device experience and also plays a part in some level of monetisation opportunities. In such a scenario, localising it makes sense. Oppo, Xiaomi, Vivo, and OnePlus will be [the] key Chinese brands competing in this space."

"With ColorOS 7, Oppo has redesigned its user interface to a new level, drawing extensively from Android 10, and making India-specific meaningful customisations going beyond mere aesthetics," he notes.